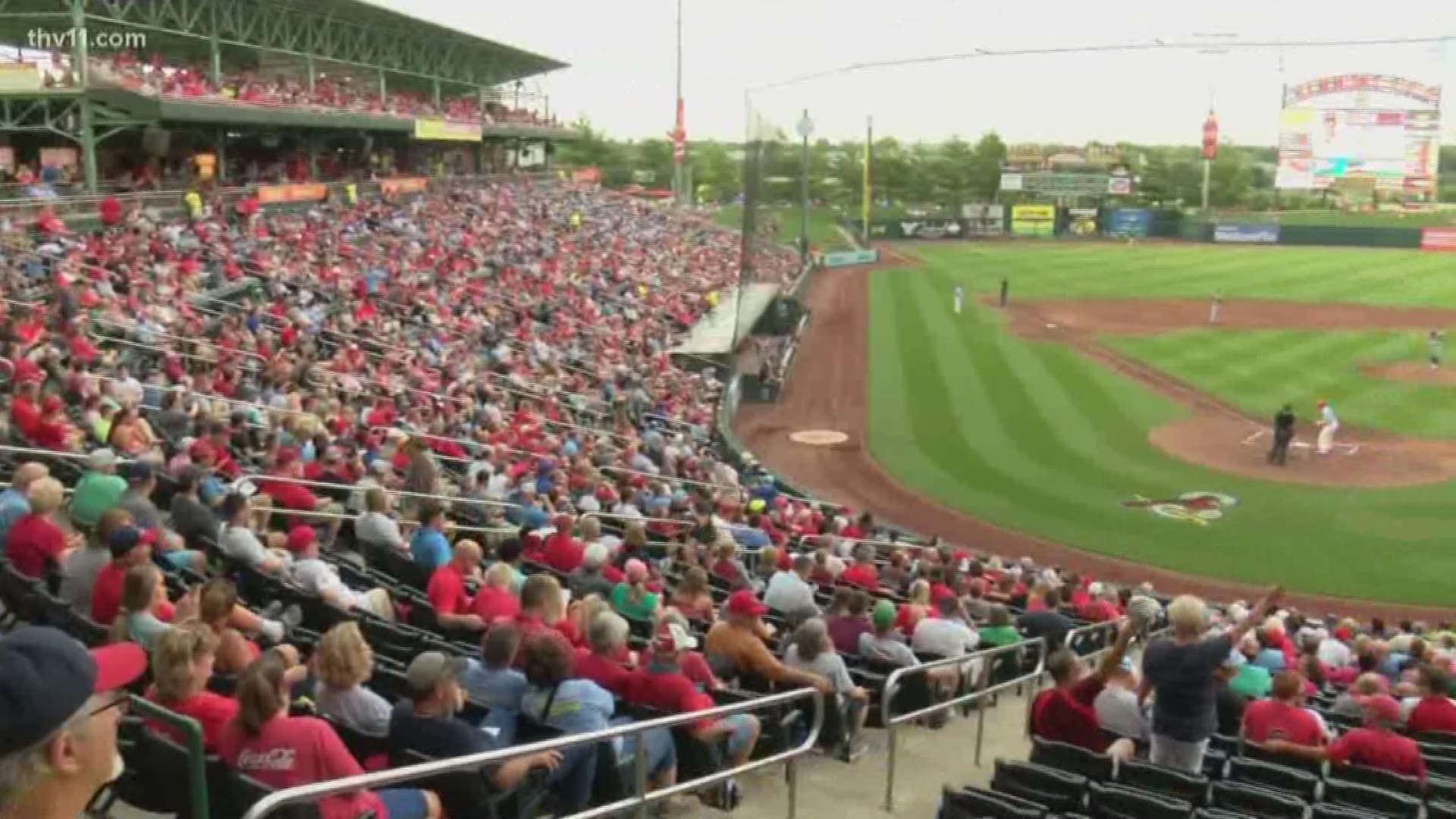 SPRINGFIELD, Mo. — Johan Mieses broke a tie with a three-run homer with two out in the bottom of the eighth as the Springfield Cardinals rallied past the Arkansas Travelers, 6-3, sending the Travs to their fourth consecutive loss. Two innings earlier, Yariel Gonzalez had tied the game for the Cardinals with another three-run blast that came with two out in an inning. Two Traveler relievers, Matt Tenuta and Wyatt Mills surrendered the blasts. Arkansas built a three-run lead in the middle innings despite just three hits thanks to seven walks by the Cardinals starter Johan Oviedo. Travs starter Ljay Newsome put up five zeros to start the night before running into trouble with a pair of hits starting the sixth.

* Jordan Cowan was clutch with a two out, two-run single in the first inning that came with the bases loaded.

* The tying homer by Gonzalez came after Tenuta was summoned into the game making the switch-hitter Gonzalez bat from the right side.

* The go-ahead homer by Mieses followed a double from Rayder Ascanio and an intentional walk to Gonzalez.

* The four straight losses for the Travs are a season high.

* The loss coupled with Tulsa's win drops the Travs into second place in the second half race in the North Division.

Arkansas tries to avoid a sweep with right-hander Logan Gilbert (3-2, 2.86) on the mound against righty Alex FaGalde (3-3, 2.96). First pitch from Springfield is at 4:10 and the game will be broadcast on the Sports Animal 920, the First Pitch App, TuneIn radio and milb.tv.