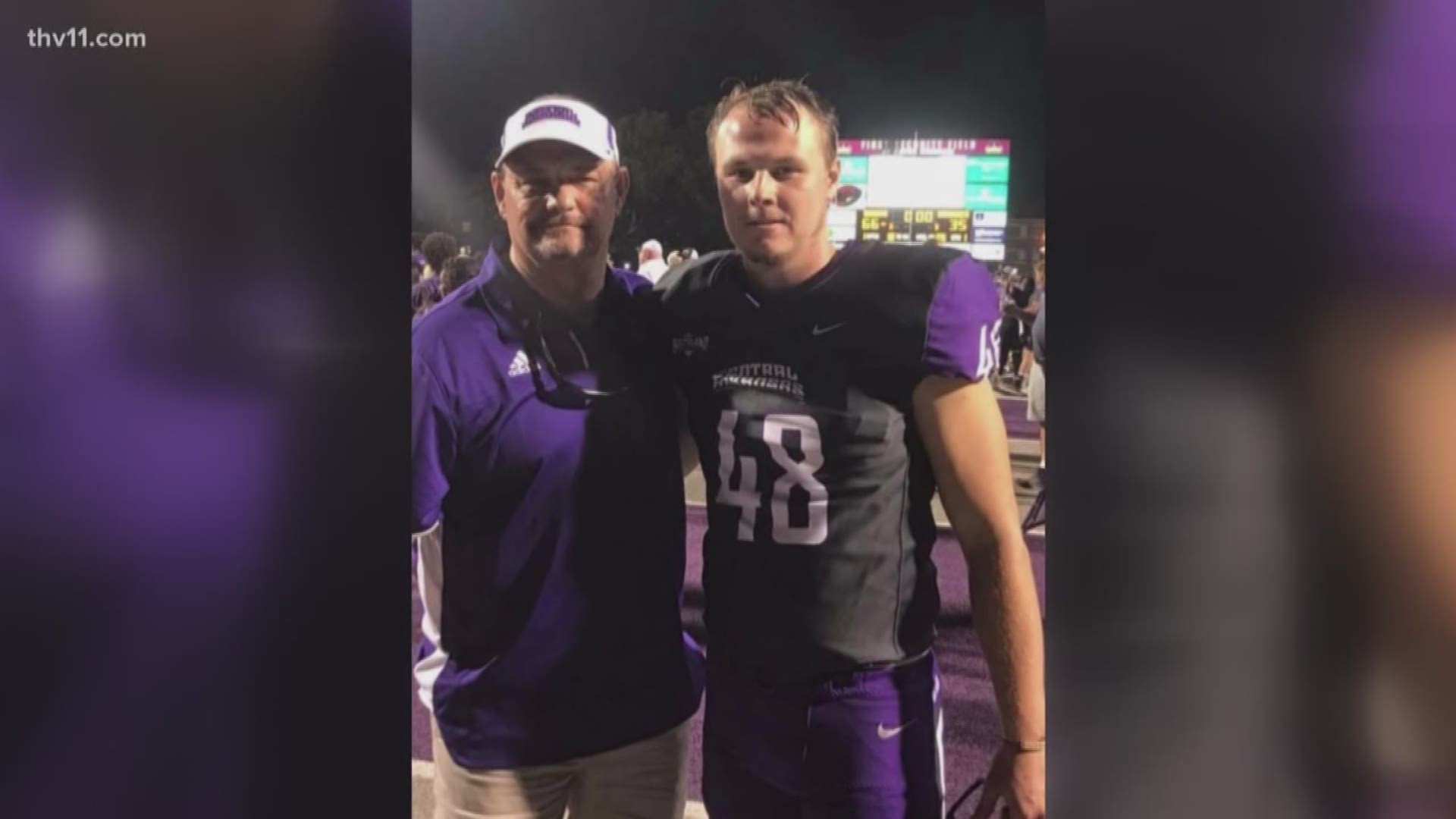 “He’s my hero and he was just a great man,” Reiv said.

Last week, Reiv returned home to Mississippi to be with his family. Just prior to Saturday, Reiv’s mother encouraged him to rejoin the team in time to play against Abilene Christian on Saturday.

Not only did Reiv play, but he had the game of his life. Five perfect snaps on three field goals and two extra points lifting UCA to a 31-30 victory.

Following the win, head coach Nathan Brown honored Reiv with the game ball on the field.

“You know, 20 to 30 years down the line, I want these student athletes to look back at their times here and not just think about the wins and losses, but to think about the moments that shape their lives the rest of the time they’re here,” Brown said.

RELATED: UCA hosts vigil for students from the Bahamas affected by Hurricane Dorian