Ultimate Hog fan rocking out for the Razorbacks

Nearly 10 years ago, Drew Glover wrote his own Razorback anthem. Just like the team, it's making a comeback. 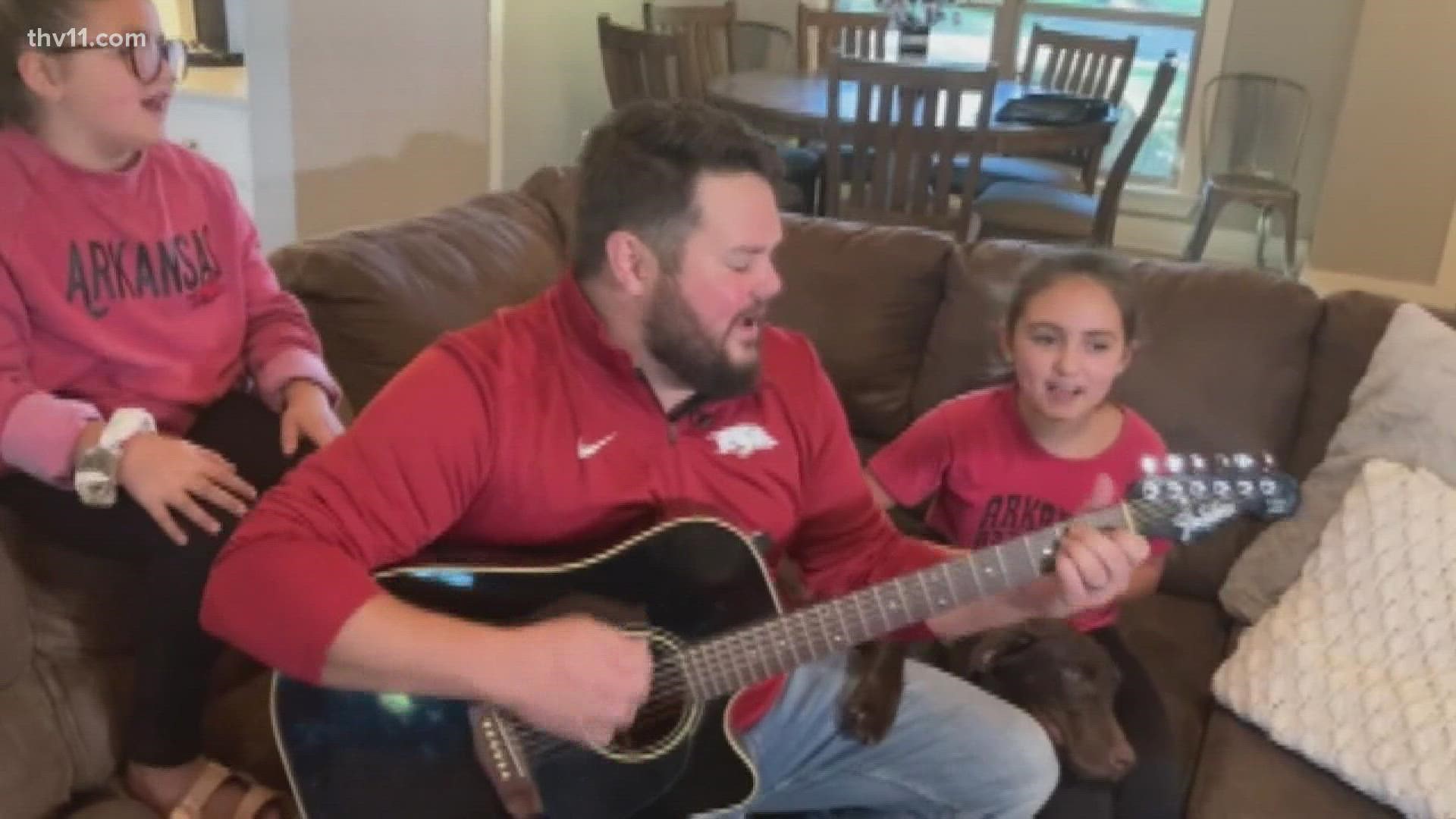 CABOT, Ark. — Drew Glover considers himself a diehard Razorback fan. He doesn't just cheer on the Hogs, he writes songs about them. His Hog anthem he wrote over ten years ago even won a contest.

"We wrote that song and it got turned into the Buzz Radio and we won a competition and then a motorcycle accident happened, and nobody ever heard of that song again." Bobby Petrino's tenure ended abruptly as did Drew's song.

Spent my morning jamming with the Glovers!

Drew wrote this song nearly a decade ago, now just like the Hogs it's making a comeback on social media. Can't wait to share the story of this super fan family on our @HOGZONE Rally on the Road special this Friday at 6:30.@THV11 pic.twitter.com/u0realioy5

Over a decade later there is a resurgence of the football program and the said can be said for Drew's song. "We’re excited to bring it back out of the woodwork."

Now he's got an entire family to sing along with him. His kids Sophie, Maddox, Anabelle, and Raegan are all raised in the trough. His wife Hope is the leader of the band. "He tries to get them to sing some harmonies or whatever he can with them. They love it and they want to be part of whatever dad is doing anyway."

After a 4-0 start to the season Drew is exciting to see where the team and the song go from here. "Hopefully the Razorback Nation can get behind it because this family gets behind it."