On Tuesday University of Maine, Machias announced the suspension of school sports, citing budget constraints and loss of revenue due to the COVID-19 pandemic 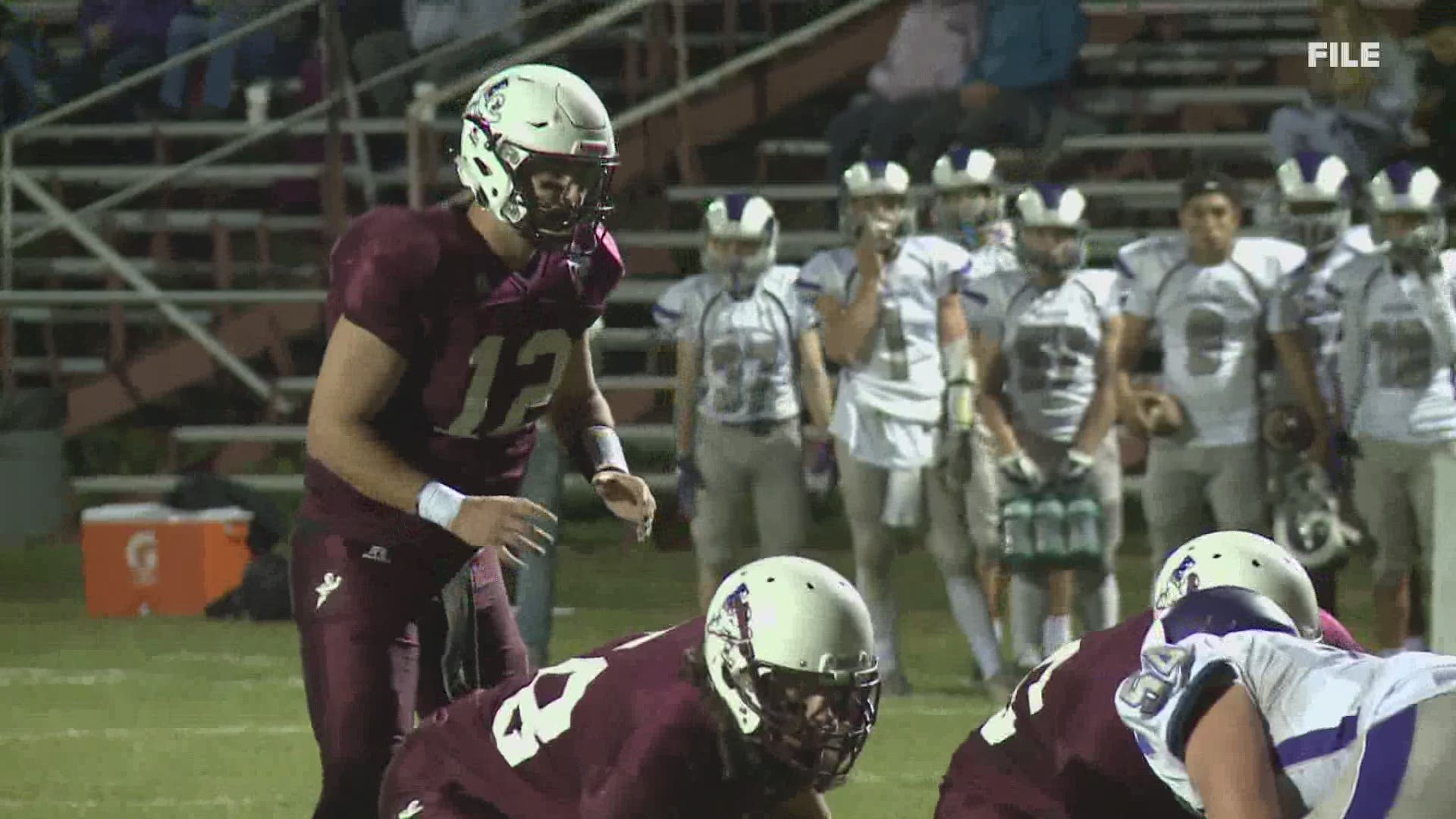 MACHIAS, Maine — The University of Maine at Machias announced it will not have a fall sports season, a winter season, a spring season, or any season for the foreseeable future.

In a release sent out Tuesday, the school announced it will suspend its intercollegiate athletics program for an indefinite period, effective July 21. The release states the suspension is part of a broader effort to reduce expenditures and restructure campus operations in response to budget constraints.

If student-athletes remain enrolled at the school, their scholarships will be honored through the 2023-24 school year.

Head of Campus Dan Qualls released a statement about the suspension.

“This decision was made after an in-depth review of the athletics program, during which we explored a number of options for reducing costs without suspending operations,” says Qualls.

“It became clear that, under the constraints of our current budget, and especially in light of the additional costs and safety concerns associated with the pandemic, we would not be able to provide the necessary facilities, equipment, and resources for a safe and competitive environment for our student-athletes."

UMM will suspend its varsity athletics program for an indefinite period, effective July 21. Please read on for more information about this difficult decision.https://t.co/VPOvQQQbxM

The school will work with the University of Maine Campus Recreation program to explore options for expanding nonvarsity sports offerings, including e-sports.

Athletics and Fitness Director Mike Belanger said in a statement:

“This is a sad day for the Clipper family, especially for our student-athletes who work so hard to excel on the field, court, track, and in the classroom, Belanger said.

“However, I remain excited about the future of UMM and am looking forward to developing intramural and club sports activities with the support of UMaine recreation staff. These programs have the potential to be more sustainable for our small campus, while still giving our students opportunities to enrich their college experience through athletic competition,”

The Clippers competed in the Yankee Small College Conference in Men's and Women's Basketball, soccer, and Women's Volleyball.

"Honestly, I wasn't sure it was even real," Dolley said. "My heart is broken for all my friends, all the other athletes."

Being from Machias, Dolley took advantage of having UMM so close to home. Something she says a lot of local athletes did to continue their careers.

"There are a lot of kids in Washington county that don't really want to leave, and I think, maybe they just won't play," Dolley added. "But also, maybe it will push them out of their comfort zone to go play somewhere else."

Despite Dolley and many Clipper athletes residing close to campus, some students come from other parts of the nation and from other countries to play at UMM. Dolley adds the community will miss that diversity.

The University of Maine at Augusta (UMA) is also a member of the YSCC and on Tuesday made its announcement for the fall season.

UMA will postpone competitive sports for the fall 2020 semester until the spring semester of 2021.

“This decision is not one that we have taken lightly,” stated Jennifer Laney, UMA Director of Student Life & Athletics. “Competitive athletic programs are an important part of many students’ college experience at UMA. However, the shared safety concerns within the conferences in which we participate guided this postponement.”

He said the school was part of conversations with the conference about plans for the upcoming sports season.

“(UMaine-Machias) was very involved in those conversations. I was a little surprised today when I got the notification that they were suspending athletics indefinitely.”

Richards mentioned the conference was not involved with the school's decision but said he understands the struggle colleges and universities are dealing with during the COVID-19 pandemic.

“Yes, the conference would like to be involved in decisions of that magnitude. And so, (we are) disappointed that we weren’t. However, with that being said, certainly, we are in a one of a kind situation within higher education," Richards added.

The University of Maine at Machias is now forcing the YSCC to figure out scheduling and division adjustments for future seasons.

Richards added he feels for the affected student-athletes and coaches.

“Those two entitles certainly put a lot of heart and soul into the experiences there and having that cut short is obviously devastating for student-athletes and disappointing for coaches.”