Walker announces a pair of international additions to Trojan roster

Both Marko Andric and Yacine Toumi bring impressive resumes at the international level as both have been members of their respective national teams. 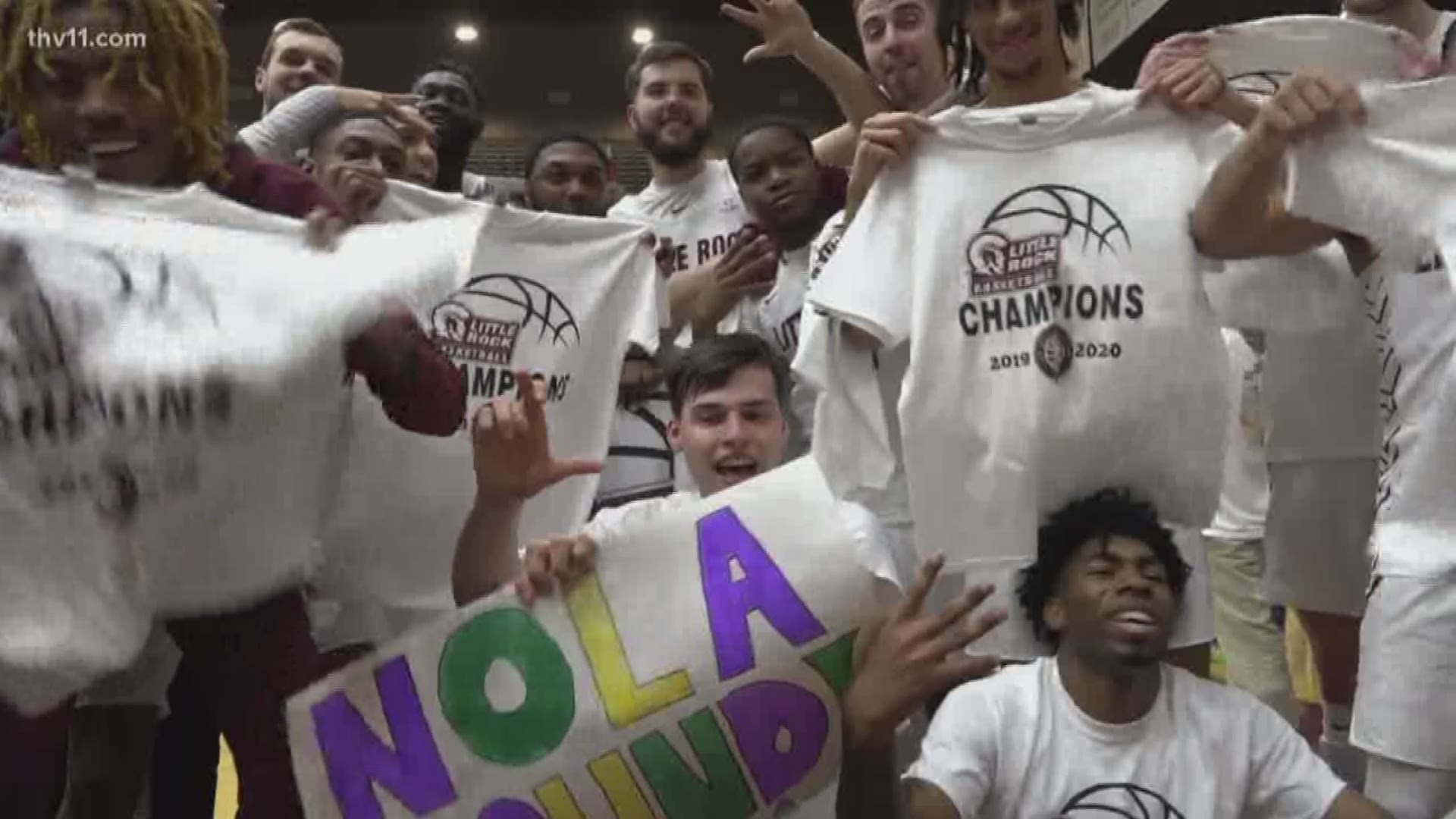 LITTLE ROCK, Ark. — Little Rock head coach Darrell Walker has announced a pair of additions to the Trojan basketball roster. Marko Andric and Yacine Toumi have both signed letters of intent and will join the program as freshmen this summer.

Both Andric and Toumi bring impressive resumes at the international level as both have been members of their respective national teams. With their additions, Little Rock will add to a roster that already spans the globe as the Trojans will head into 2020-21 with six international players on the team.

“I’m very excited to bring these two players to Little Rock and add them to our team,” said Walker. “We were fortunate with everything going on with the epidemic that we only had two spots to fill, and we were able to fill needs that we had. I wanted another true point guard, and we got that, and I wanted an athletic player with some length, and we got that. There will be a learning curve for both of them as they are both freshmen, but with the talent level they both have, they’ll fit right in with what we’re building here.”

Prior to Little Rock: Averaged 15.0 points, 5.6 assists and 4.0 rebounds competing for BC Mega Bemax in 2019-20 as part of the Adriatic Basketball Association … Member of Serbian FIBA national team for the past four seasons, winning a bronze medal at 2017 European Championships in Montenegro … Won U15 and U17 national championships with BC Mega Bemax while finishing second on U18 Euroleague Adidas Next Gen Tourrnament in Spain … Son of Zeljko and Dr. Biljana Andric … Collegiate major is undecided.

Walker’s Thoughts: “Marko is a true point guard that is all about running the team and helping out his teammates. We need that depth, and I think he’s going to be a real good backup to Markquis (Nowell) early in his career as he continues to learn and develop. He’s athletic, he thinks the game, and he has a very high basketball IQ. If you can play on your country’s national team, you’re a pretty good player.”

Prior to Little Rock: Competed at Lee Academy in Lee, Maine as a senior … Also competed at the Impact Basketball Academy in Sarasota, Florida … A native of Tunisia, competed on the Tunisian national team in the FIBA U18 African Championships where he averaged 8.6 points, 4.1 rebounds, 1.9 assists and 1.3 blocks per game as Tunisia placed seventh … Posted 18 points with 10 rebounds against Algeria in the group phase … Son of Jalel Toumi … Collegiate major is undecided.

Walker’s Thoughts: “He’s an athletic 6-9 player that will need to find John Barron in the weight room once he gets here. But he’s very skilled, very athletic and shoots the ball pretty solid. He has a real upside and we’re lucky to be able to get a player with his length and wingspan. He can put the ball on the floor and can play multiple positions so he will add some depth to a number of players right away.”

Little Rock is coming off a season for the ages in 2019-20, putting together one of the best turnarounds in Division I basketball. The Trojans captured the Sun Belt regular season championship by two games and posted a 21-10 record after a 10-21 campaign in 2018-19. Little Rock was one of just two teams in the nation what won its respective league title after being picked 11th in the preseason poll.

Due to the ongoing COVID-19 pandemic, Little Rock has yet to bring its basketball student-athletes back on campus. Walker hopes to have the team back at the Jack Stephens Center in the coming weeks as Little Rock begins its title defense in November.