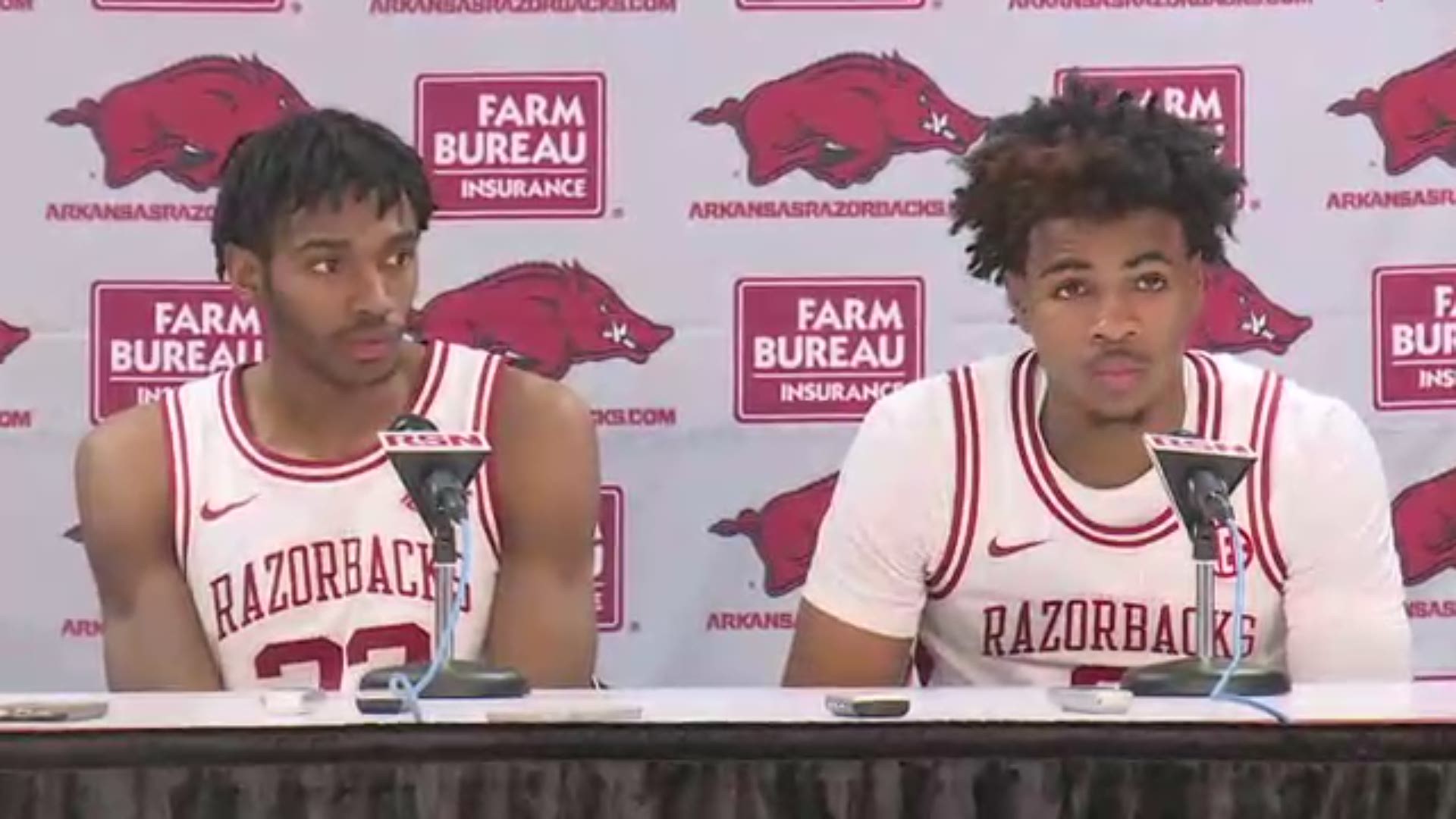 FAYETTEVILLE, Ark. — Desi Sills and Jimmy Whitt combined for 41 points as Arkansas overcame the absence of its leading scorer Saturday to hold off Northern Kentucky and stay undefeated with a 66-60 victory.

The Norse trimmed a 10-point Arkansas lead to two in the final 30 seconds but Adham Eleeda’s potential go-ahead 3-pointer rimmed out with 14 seconds left and the Razorbacks (7-0) sealed the game from the free throw line.

Sills finished with 17, one shy of his career best. His up-and-under finish with 2:22 left in the first half gave Arkansas its first real lead of the game, other than a 2-0 start, and his three swished free throws with 9:40 left put the Razorbacks up by double digits for the first time.

The Norse (5-3) kept the game close, thanks in large part to their 3-point shooting. Entering the game, no team had made more than three from beyond the arc in a game against Arkansas. Dantez Watson hit three of Northern Kentucky’s five in the first half and the visitors finished 8 of 24 from range, well ahead of Arkansas’ Division-I leading 14 percent 3-point defense.

Mason Jones, whose 18.1 points per game leads Arkansas, did not play. Jones was nursing a back injury, according to the Arkansas pre-game show.

Whitt’s 24 points tied a season high and Watson led all scorers with 30.

Northern Kentucky: Arkansas is the only power-conference team on Northern Kentucky’s schedule this year, but the Norse decently represented themselves. Continued play like Saturday could see them in quality position to defend their Horizon League title.

Arkansas: The Razorbacks’ 7-0 start is their best since the 1997-98 season when they began the year with eight straight wins. That team was beaten in the second round of the NCAA Tournament by eventual national runner-up Utah.

Northern Kentucky: The Norse travel to Ohio to play Mid-American Conference’s Miami (Ohio) on Tuesday. Northern Kentucky has one win against a MAC foe, Ball State, already this year.

Arkansas: Austin Peay visits Fayetteville on Tuesday. It will be the teams’ third meeting in four years and fifth all-time. The Razorbacks won last year’s game 76-65.

(Copyright 2019 The Associated Press. All rights reserved. This material may not be published, broadcast, rewritten or redistributed.)