Harry Styles is bringing his iconic Love On Tour to North Little Rock at the Simmons Bank Arena on November 24. 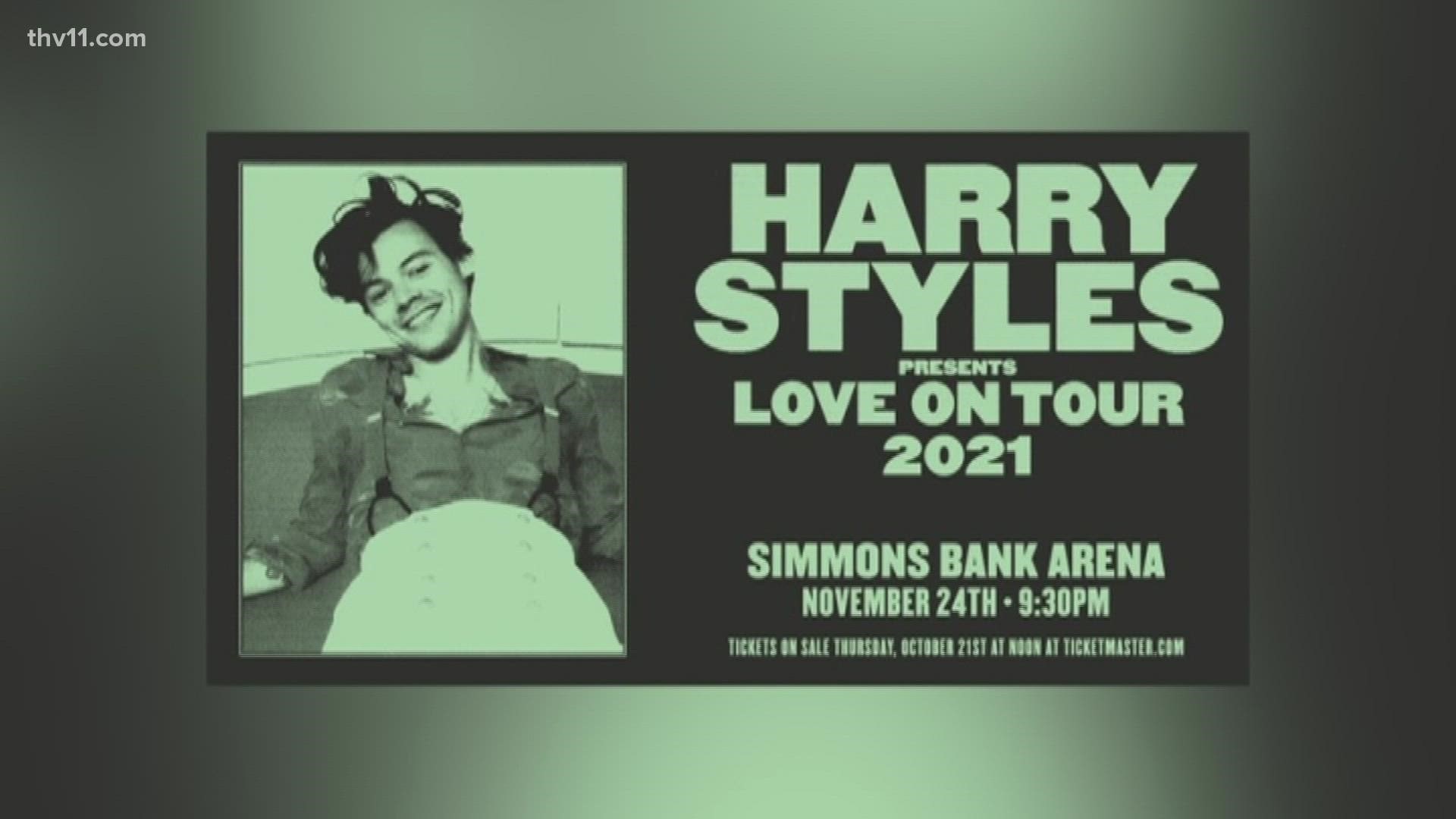 NORTH LITTLE ROCK, Ark. — Harry Styles will be performing in central Arkansas on November 24 at the Simmons Bank Arena!

Presale tickets for the concert begin Tuesday, October 19 and tickets go on sale for the public on October 21.

This is an added date to the international singer's highly-rated tour and one of the biggest concerts the arena has seen since the pandemic.

Styles' career began as a contestant on the British singing competition show over a decade ago The X Factor. He was brought back from elimination to form One Direction, a group that went on to be one of the best-selling boy bands of all time.

Simmons Bank Arena teased the announcement on their Instagram account on October 12 with a green square with the caption, "Big concert announcement coming tomorrow at NOON. See you then. 💚"

This is the popstar's first visit to the Natural State.

According to the Simmons Bank Arena announcement, ticket prices range from $39.50 to $169.50 plus service fees.

To learn about Verified Fan registration and presale, click here.

Tickets will be available at the Simmons Bank Arena Box Office and www.ticketmaster.com.