The Little Rock Zoo announced the heartbreaking loss of their oldest Malayan tiger, Liku, after it was discovered he had advanced kidney disease. 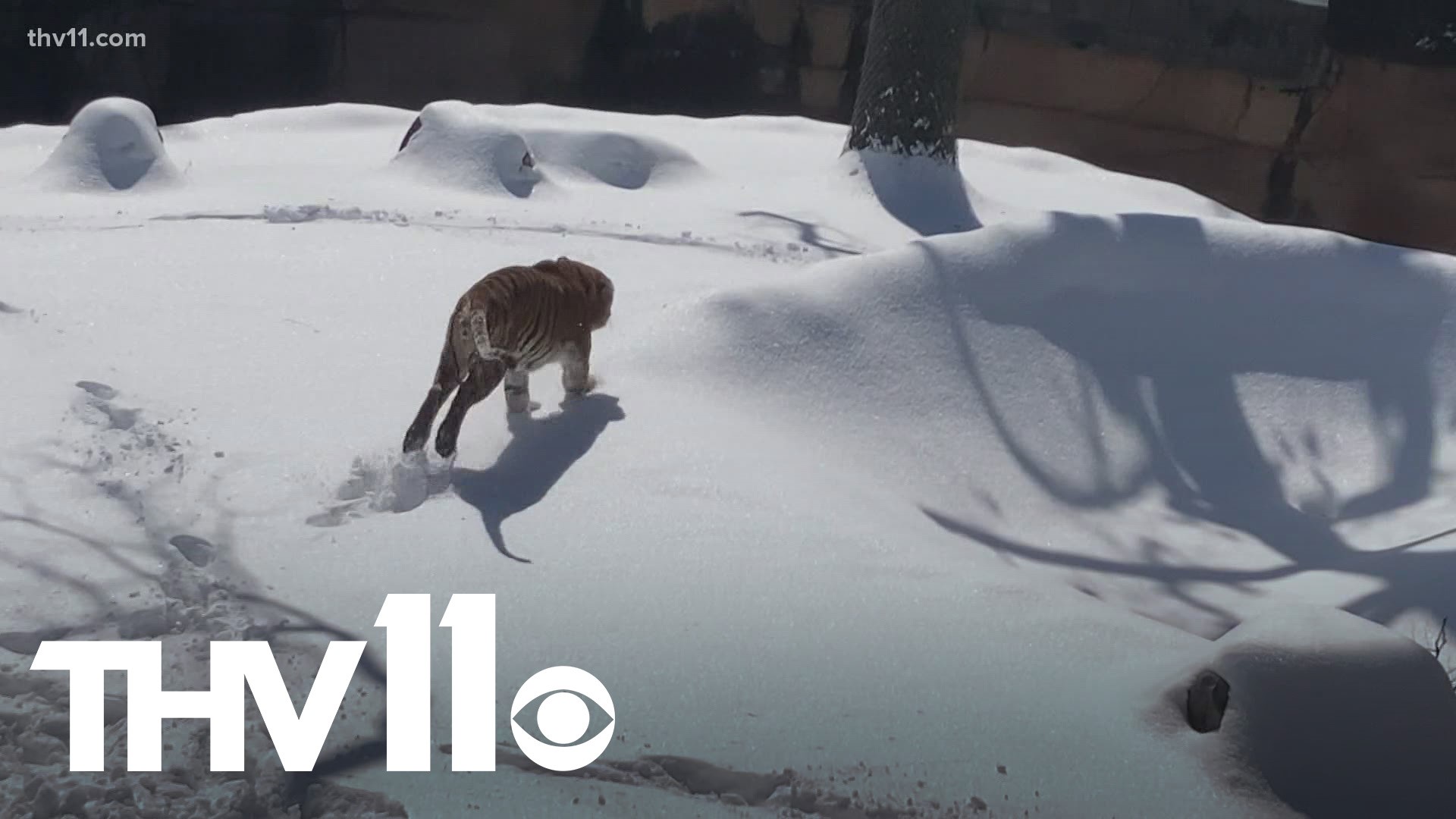 LITTLE ROCK, Ark. — The Little Rock Zoo announced the heartbreaking loss of their oldest Malayan tiger, Liku, after it was discovered he had advanced kidney disease.

Liku was a 17-year-old Malay tiger and has been in Little Rock since 2006. Since then, he has birthed four cubs. Three of the four cubs were transferred to Seattle to follow the species survival plan.

“I had the pleasure to work with Liku for ten years. He was the best boy and an amazing ambassador for Malayan tigers," one of his keepers Maggie Quinn Raglin said.

“He will be deeply missed by the keepers that loved him so much."

In 2013 following the birth of Liku's cubs, their mother Suhanna was transferred to the Bronx Zoo on a breeding recommendation. At the time there were less than 50 Malayan tigers living in a zoo accredited by the Association of Zoos and Aquariums.

Malayan tigers are considered critically endangered by the IUCN Red List and are native to Peninsular Malaysia in Southeast Asia.

The Malayan tiger is threatened for extinction due to loss of habitat and because it is poached for its skins and various body parts.

“Liku was a pleasure to work with and [was] a most special tiger. He enjoyed swimming, smashing pumpkins, training sessions with his keepers, and of course, long naps.” Another one of his keepers Kate Neal said in memory of Liku. “He was father to the litter of 4 tiger cubs born in 2013 who share not only his good looks but also his charming personality."