Remember the video of a man skating down a main road in Hot Springs? That man's name is Chad Cox and he just loves spreading happiness! 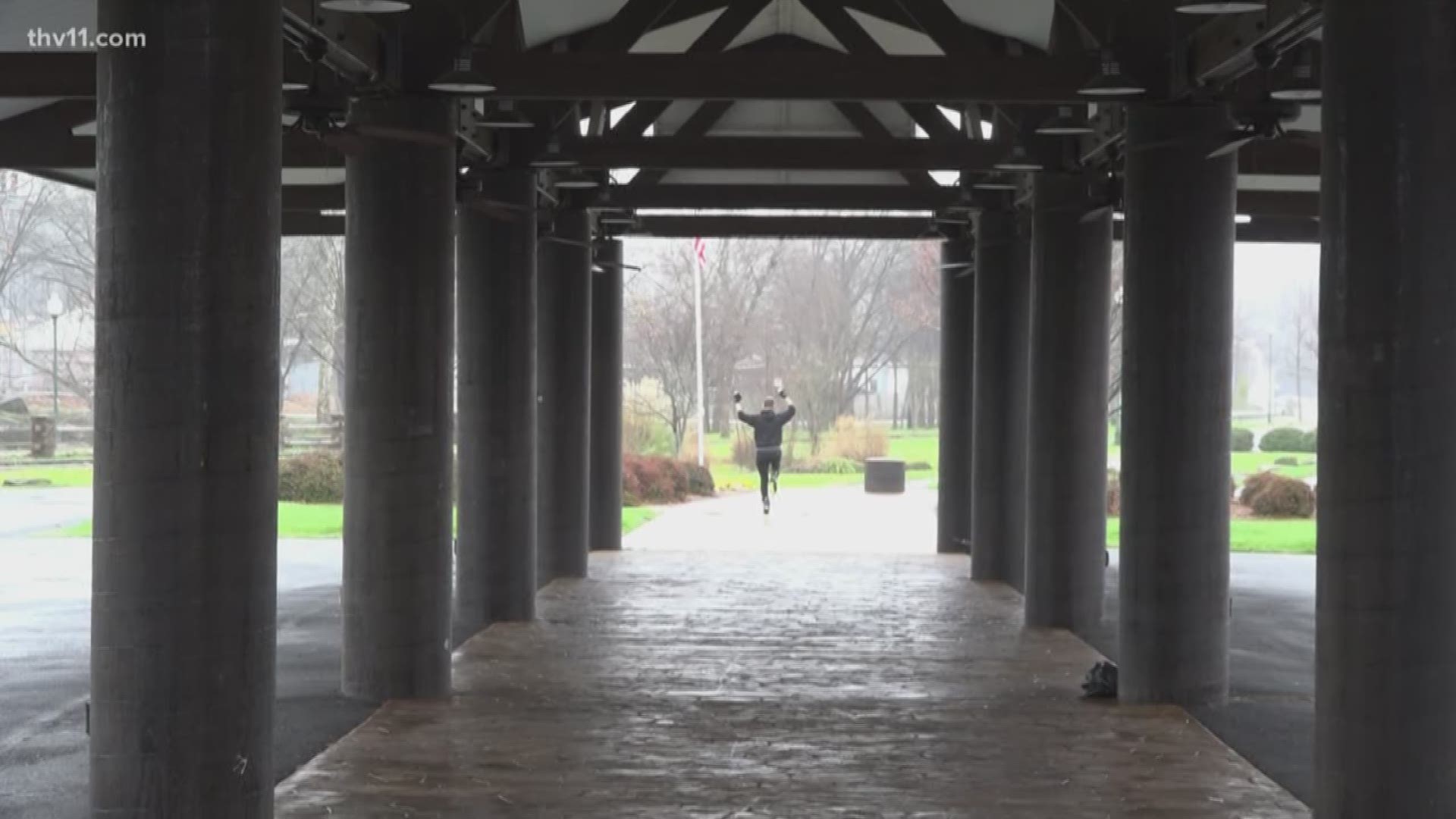 HOT SPRINGS, Ark. — The man behind the viral videos that first surfaced Christmas week of a person roller-skating down a main road in Arkansas is ready for his close up.

"When I'm on the street, I kind of take over and I like that," Cox said Wednesday as he offered to go rolling through the rain, like a Fred Astaire with purple hair. "I've been a party animal and I still am a party animal at heart."

For the past few weeks, Cox has been freewheeling. In a city known for characters, he rolled in with some South Florida sunshine. The Hot Springs native went to Fountain Lake High School, but had been living in Miami, where skating doesn't draw much attention.

But a viral video in the Spa City is a different story.

"My best friend bought me skates for Christmas and I literally took off running with them," Cox said. "I had been skating on the smooth parking lots at Oaklawn and then I wanted to go to the gym. So, I just went right down the road. Plus, the sidewalks are no good."

That trip to the gym became a TikTok and Facebook sensation with millions of hits. Adding him to the list of Spa City stars, from Al Capone to unauthorized buffalo on a roam, to a tick-tack-toe playing chicken.

But before the music stops, Cox wants to do some good. He taught fashion in Florida and wants to keep educating back here.

"I have some ideas for some green initiatives and charities and help kids learn about green through art and fashion," he said.

He's working on getting those projects rolling while pushing his plans from skates to part of the Natural State.

"There's so much going on in Hot Springs, I feel like it's a good time to be here," Cox said. "I like inspiring people and I like being inspired. Doing a little show for peeps, being happy, and doing what makes me happy. It's like spreading happiness."

Cox said that after his third or fourth roll down Central Avenue, police did catch up with him, but he said after a few minutes, it turned into a big session of taking selfies.