Find out what the science says. 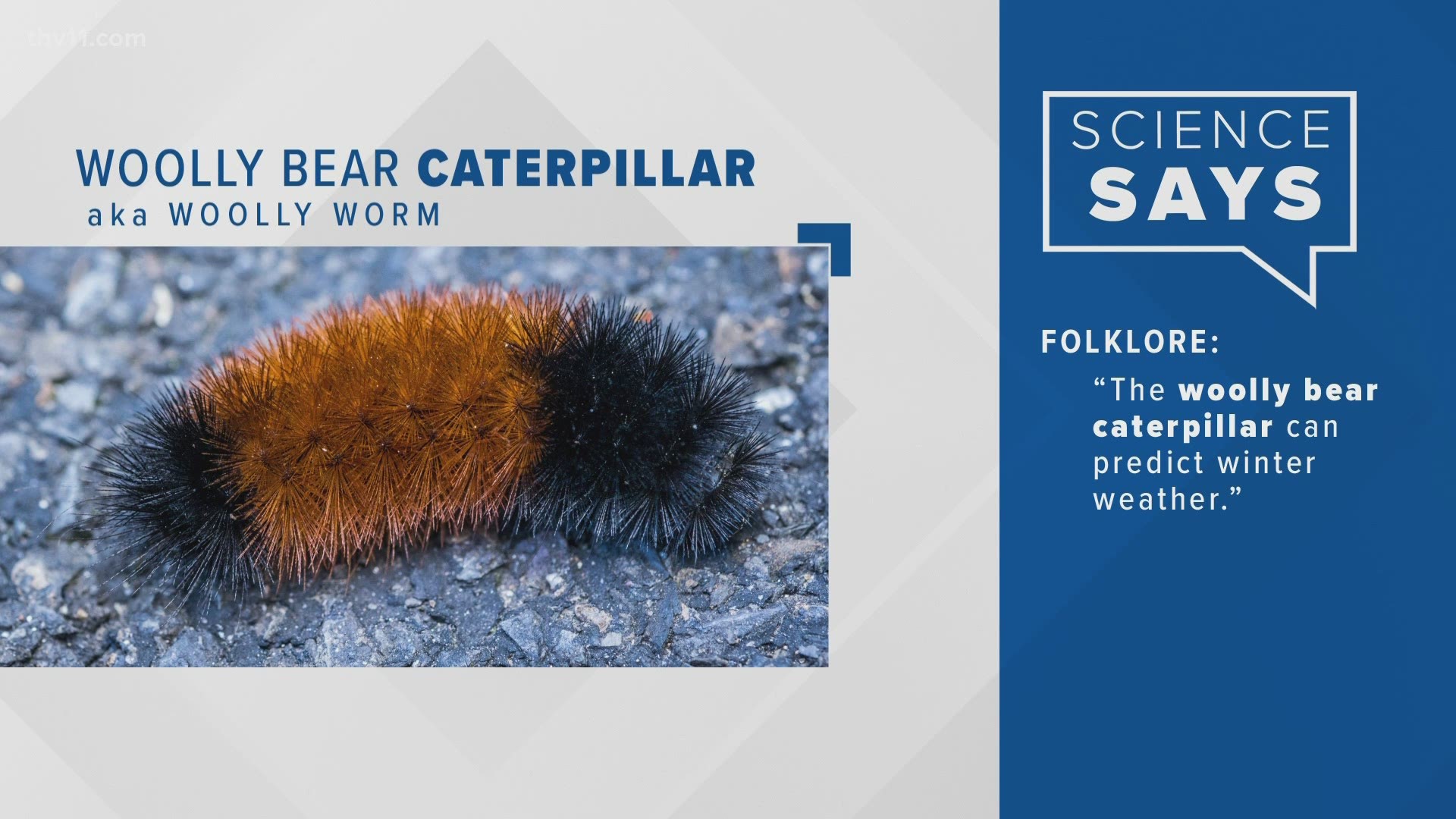 LITTLE ROCK, Ark. — There are many animal prediction weather myths out there. According to folklore, the color of a woolly bear caterpillar, known as the woolly worm here in the south, can be used to determine how severe an upcoming winter season could be locally.

How did these caterpillars become popular for winter weather predictions?

The amount of black verses orange coloring on the caterpillar has been used by some to guess the type of winter that's expected for the year.  Blacker coloring meant a more severe winter versus orange representing a milder winter.

The theory was first popularized by Canadian Entomologist Dr. Howard C. Curran, who was a curator of insects at the American Museum of Natural History in New York.

In 1948 while studying the woolly caterpillars and their color, he noticed that many of the caterpillars he tested had wide orange bands, and it so happened to be a milder than average winter that year. His study was then published in the New York Herald Tribune.

Despite these theories the science says otherwise. The coloring can be due to many factors such as a woolly caterpillar's age, the type of species, and even its feeding habits.

RELATED: Can you catch a cold if you go outside with wet hair?