What effect does temperature inversion have on pollution?

Inversion influences everything from visibility, air quality and even cloud formation. It can also cause a problem for pollution. 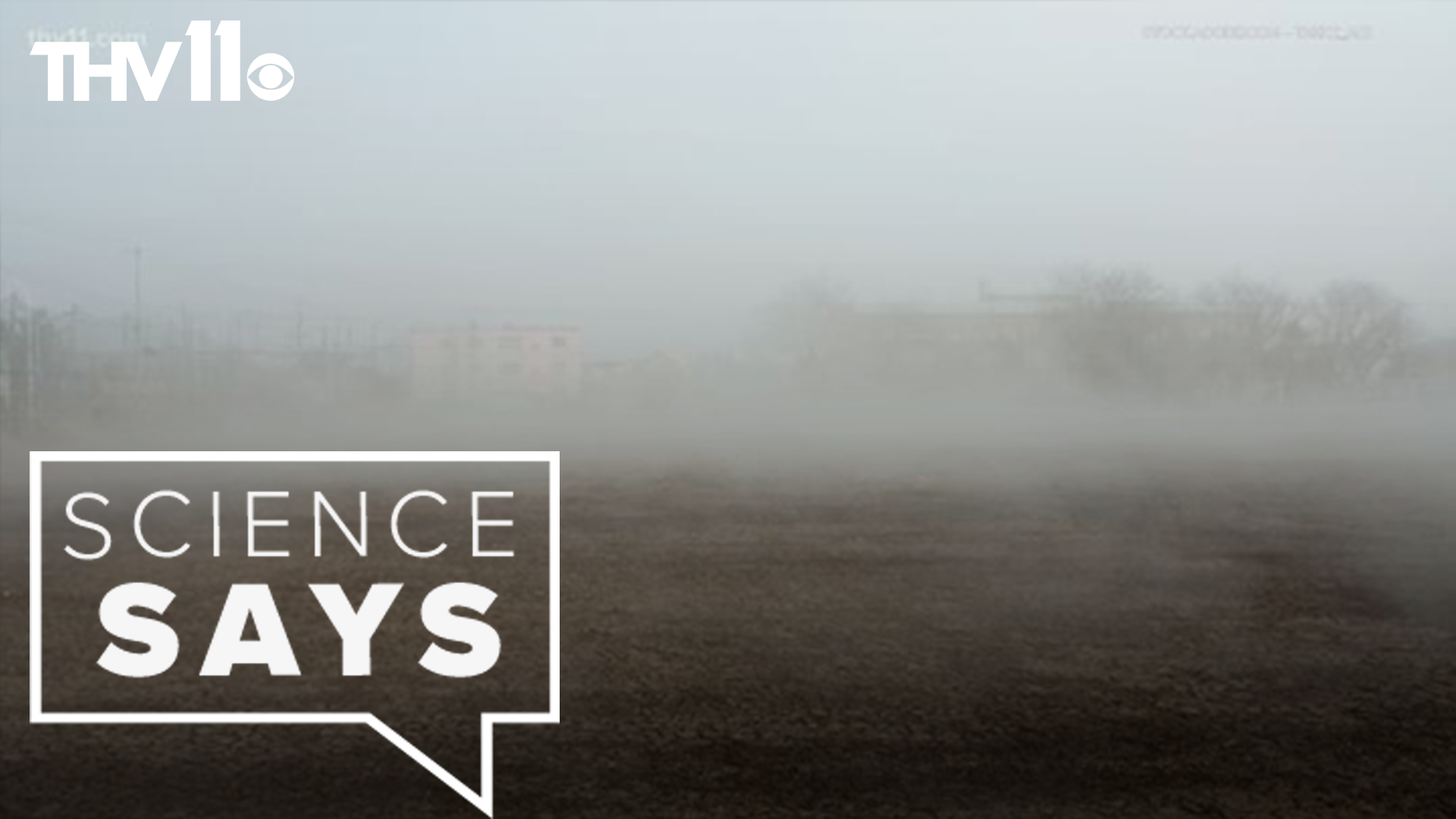 LITTLE ROCK, Ark. — When we get higher in the atmosphere temperatures normally decrease, with the ground acting as a heat source.

When it comes to temperature inversion the opposite is true. We find cooler air closer to the surface and warmer air aloft. How does this happen?

Think of inversion as a lid or “cap” that prevents air near the ground from rising higher into the atmosphere. The layer of warm air is found above the cap. Air near the surface cools much faster. Rising air will cool down enough until it eventually stops rising.

Inversion influences everything from visibility, air quality and even cloud formation.

It occurs under specific conditions like clear skies, calm winds, where there is enough moisture or dew present and are likely near sunset or sunrise.

Horizontal smoke patterns and ground fog in low-lying areas are some visible signs of inversion. It usually disperses with wind and the heating of the day.

Inversion can also pose a problem when it comes to pollution.

Since the layer acts like a lid, dust particles, smoke, and other pollutants in the air would get trapped underneath. This causes a negative impact on air quality, which can happen on a small or large area.

This was the reason behind big smog events such as London’s Great Smog of 1952.

Studies have shown if chemicals such as weed killers are sprayed on crops during an inversion, the particles may not make it to the ground and could be carried away and damage unprotected crops overtime.

We can’t avoid inversions, but it’s always good to see the link we have with this weather phenomenon and how it can affect our quality of life.