The mother was recording at the time because she says it was her daughter’s first day to ride the school bus. 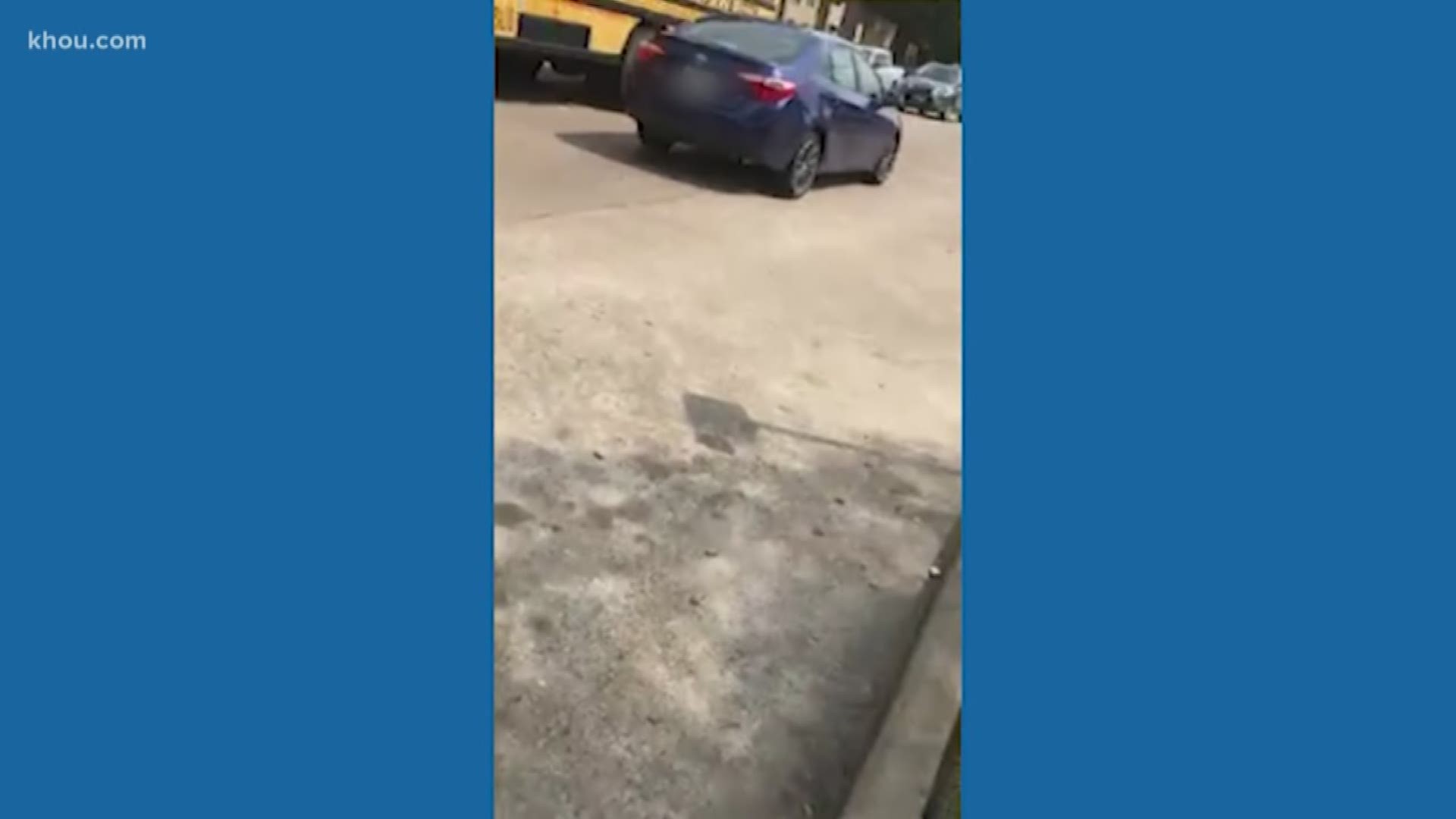 HOUSTON — A Houston mother watched in horror Wednesday as a driver zoomed past a stopped school bus, nearly hitting her little girl.

Josephine Kirk-Taylor was recording because it was 5-year-old Melina's first day of kindergarten.

Kirk-Taylor thought the school bus would stop on the same side of the street where she was standing with Melina's younger siblings. But it didn't.

The video shows Melina getting off the school bus and starting to cross the street when a small blue Toyota sedan blows past, ignoring the bus's extended stop sign and flashing light.

As Melina was about to cross, Kirk-Taylor saw the car coming and screamed "No! Wait, wait wait! Stop!"

A few more steps and who knows what would have happened to Melina.

"He didn’t slow down, whatsoever," said Kirk-Taylor.  "After this incident, didn’t stop to ask if my daughter was okay or anything. And that’s what hurt me the most because it could have ended very differently and you had no concern for my child.”

The video captured the driver's license plate as it zoomed by.

Kirk-Taylor called Houston police and gave them the information.

But, even with license plate information, there’s no way to positively identify who may have been behind the wheel.

Generally, an officer needs to see someone illegally pass a school bus in order to cite them.

Thursday afternoon, Kirk-Taylor was there to greet little Melina and walk her across the street when she got off the bus.

ALSO READ: Texas bus laws - When you can and can't pass a school bus

"My heart is still like, um, pumping so fast from what happened,” Kirk-Taylor told KHOU.

The private bus company Melina’s mom uses to take her to and from school told us its drivers are properly trained and they're glad Melina is okay.

“We take all precautions and turn on safety stop lights," said Blanca's Bus Service in a statement.  "Unfortunately, our world is full of careless drivers that do not pay attention to their surroundings.”

According to Texas law, drivers have to stop when a school bus extends its stop sign or when it turns on its flashing red lights.

In Texas, breaking these laws will land you a fine up to $1,250 and, unlike other traffic tickets, it can't be taken away with defensive driving classes.

“So today was my daughters first day riding the school bus. As we waited for the bus to arrive to pick her up this morning on the sidewalk near our home, when the bus finally pulled up she got on and took off for school. But when she came home today as I was waiting with her siblings at the same spot she was picked up from, I had no idea that she would be dropped off on the opposite side of the street. Since it was her first day and all I wanted to record this special moment. Before letting her off the school bus the bus driver put up her stop signs and let my daughter off the bus. There was a careless driver speeding and also breaking the law not stopping at the school bus stop sign so that my daughter could cross the street. As my daughter was about to cross the street this blue Toyota almost ran her over. Unfortunately when I called the police they said that they were unable to do anything, I didn’t care if they had just giving him a speeding ticket I felt like something needed to be done. This careless driver did not even stop after seeing my child and myself scared for my child’s life. I was able to get the license plate number of this driver but like I said unfortunately the police cannot do anything. All I ask is that this video can be shared so that more of our community/ Houston community can protect our children at all times. I asked that we please follow the law especially when it comes to children at all times. I give Thanks to God Elohim for Protecting my Children at all times! Please people let’s be aware and Protect our Children.”

Editor's note: This story originally included video of the car passing a school bus that was not blurred. We are replacing it with video that is blurred. While video does show the car pass the school bus stop sign, there's no way to know who is driving the car. 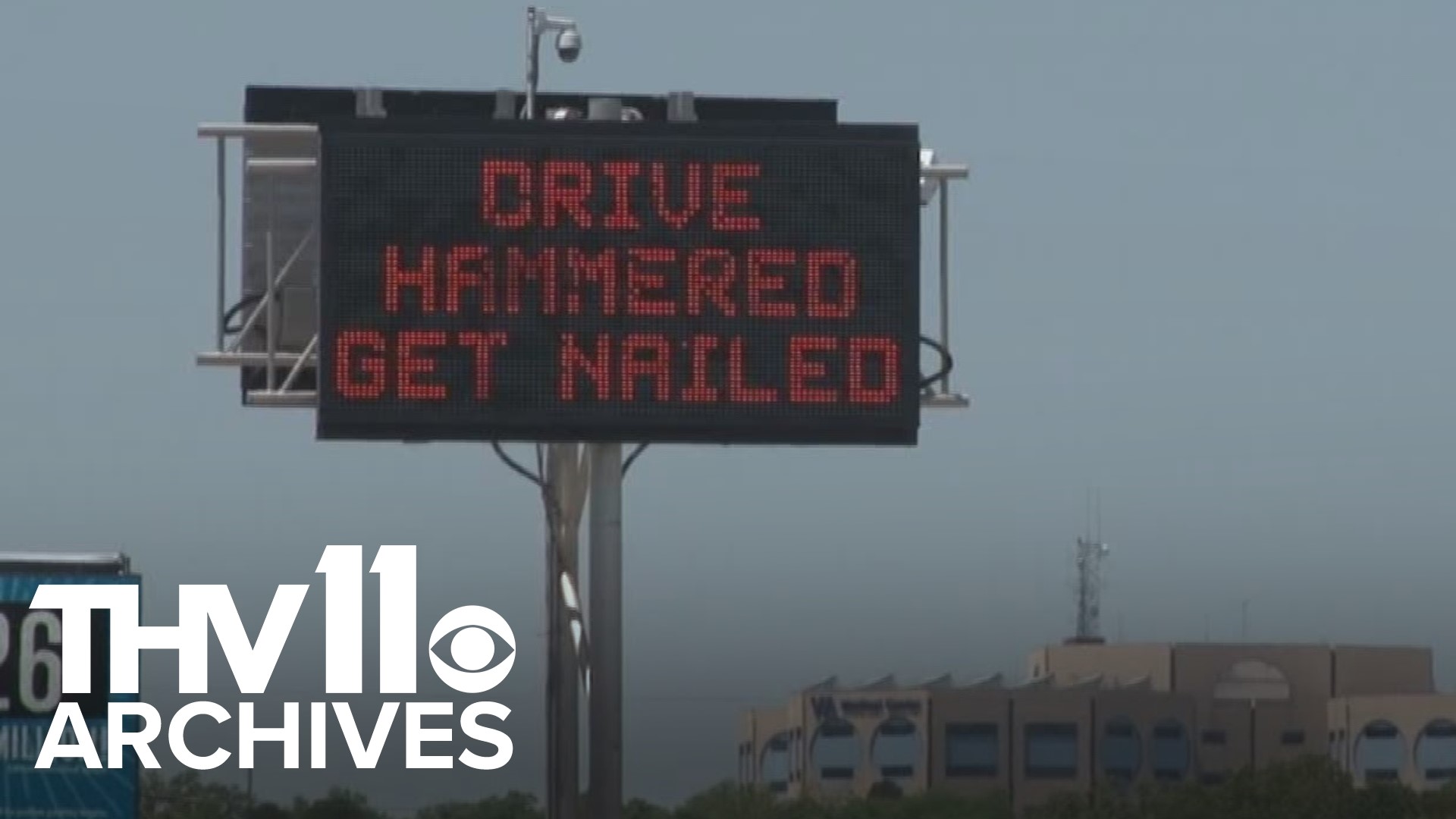