Next week, traffic on the north side of Kanis Road will shift to the new lanes, while construction begins on the other part of the road. 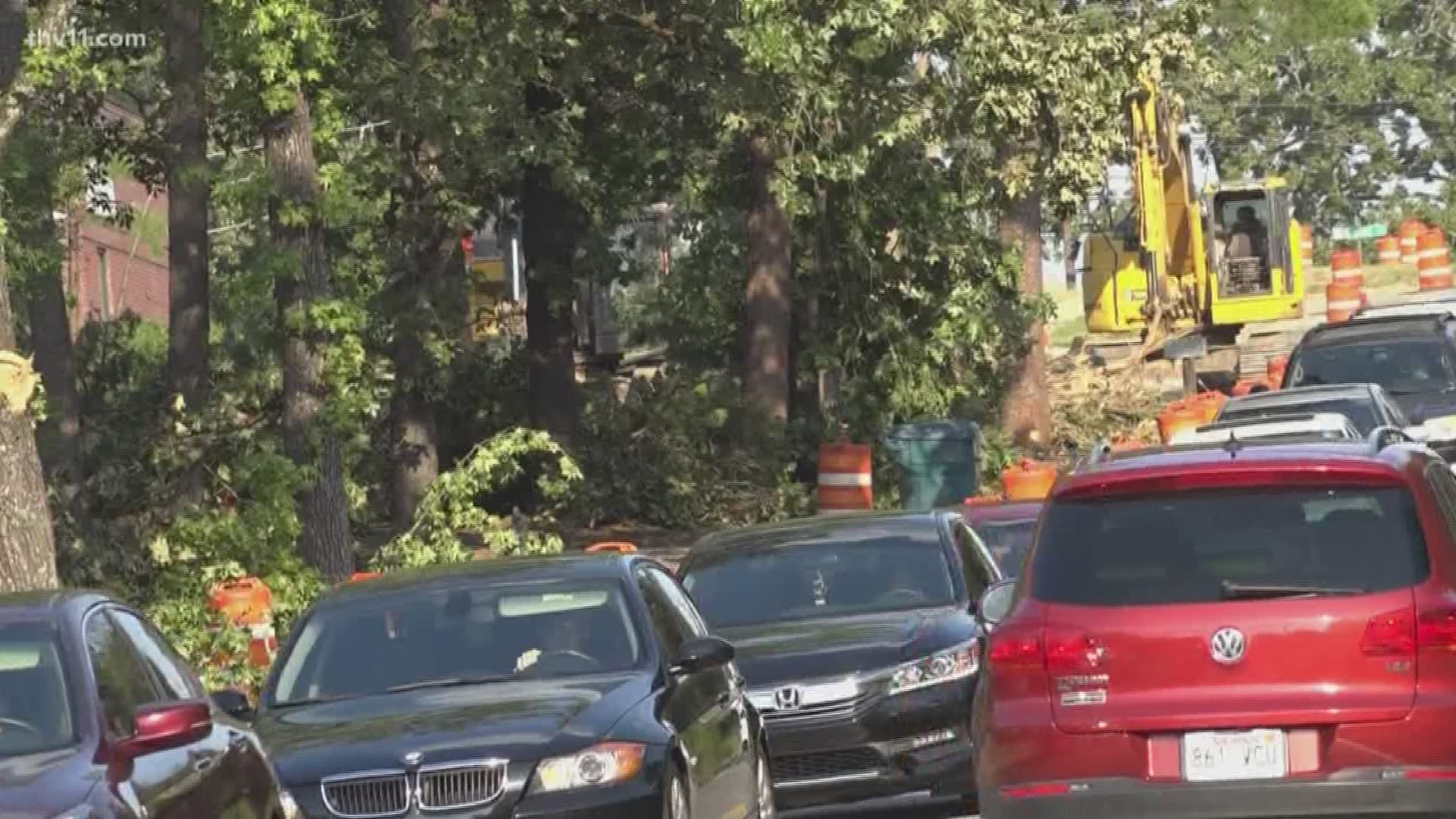 LITTLE ROCK, Ark — Traffic on Kanis Road between Shackleford and Embassy Drive will shift next week to the new lanes when construction begins on the old part of the road.

Michael Hood with Little Rock Public Works said work began on the north side of Kanis last fall. He said that work will wrap up starting September 23, so construction can begin on the other side.

"We'll be moving traffic over the new pavement while work continues on the south side of the road," Hood said.

The lane shift will start at Shackleford and end near Embassy Drive.

"From there, you'll be back onto the old pavement while work continues," Hood said.

Hood said this lane shift marks the halfway point of the widening of Kanis. The contractor is also beginning construction from Embassy to Bowman, so you can expect construction zones near the intersection of Bowman and Kanis.

"We just recently led a new contract and it's valued at 1.5 million," Hood said.

Hood said the widening of Kanis from two lanes to five lanes is a big undertaking. He asks drivers to continue being patient.

"Slow down a little bit. Watch for workers. Watch for equipment. This is going to be a busy area for the rest of the season," Hood said.

RELATED: Slow traffic lights in Maumelle may be a thing of the past with new system

Hood said the construction from Shackleford all the way to Kanis should be completed around June 2020.