With I-40 being one of the country's most traveled highways for truck drivers, the bridge's closure has already caused major delays for many. 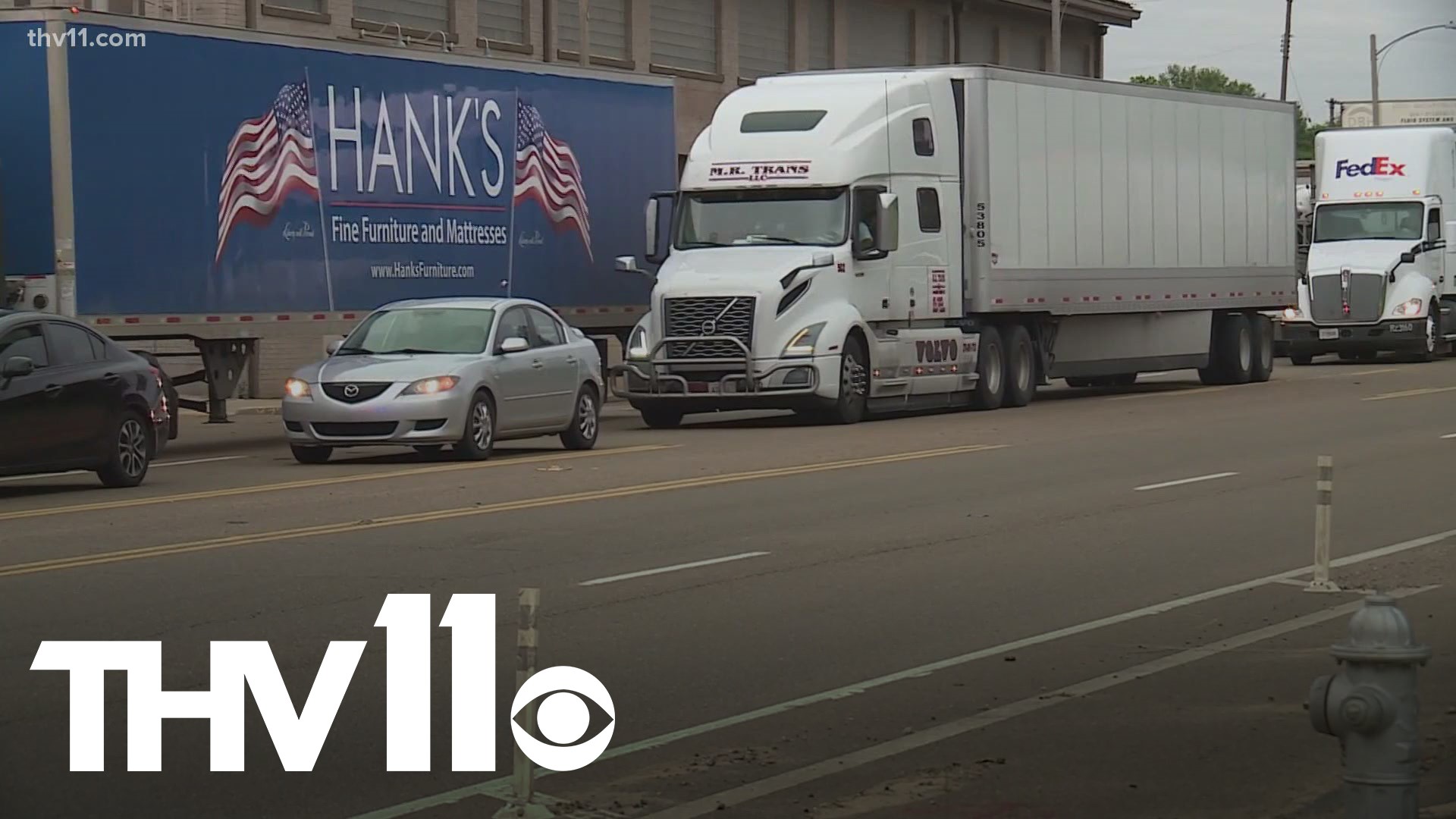 I-40 is one of the country's most traveled highways for truck drivers.

As one could imagine, the bridge being shut down has already caused major problems.

"There are currently 12,500 trucks that use that bridge every day,"  Shannon Newton, president of the Arkansas Trucking Association, said.

Trucks are being rerouted to the I-55 bridge, which has delayed some drivers by up to two hours.

"When you eliminate that as an option and try to push that traffic elsewhere, obviously you're going to have major capacity issues," Newton said.

Newton expects everyone in the U.S. to eventually be impacted by this.

She stated that everything is connected. Even if a product's final delivery is not on I-40, chances are that the closure has impacted the product in some way.

"Fuel, food, everything comes on a truck," she said.

The closure could mean that if you've made an online order, it could take longer to arrive.

The closure could also result in you seeing emptier shelves at the grocery store.

Since I-40 stretches across most of the U.S., truck drivers are now being rerouted further north and south in an attempt to avoid Memphis altogether.

Memphis is a major distribution hub for companies like Fed Ex.

Newton said that package delivery drivers from Tennessee are now unable to make as many trips to Arkansas.

Arkansas will likely see the most supply chain issues.

"We are going to be more impacted than Oklahoma or Nebraska who have other ways to get goods to their state," Newton said.

The Tenessee Department of Transportation said that Mississippi River traffic has also paused for the time being to ensure that the bridge will not collapse.

This closure leaves barges and tugboats that are carrying supplies with nowhere to go.