Traffic is moving again after a large group of protesters temporarily blocked the interstate in Little Rock. 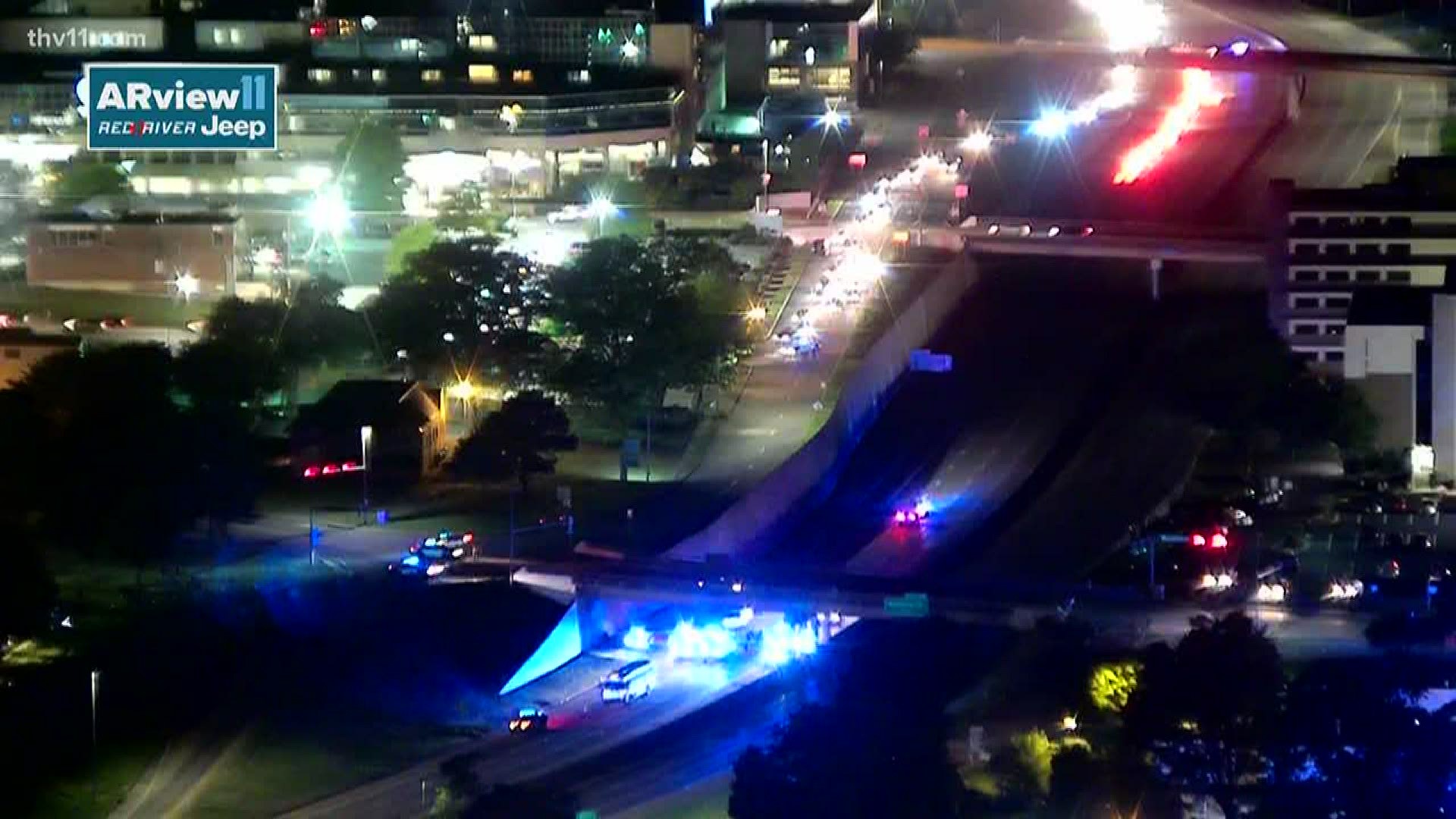 LITTLE ROCK, Ark — A group of protesters marched along I-630 Saturday evening in Little Rock, temporarily closing it down.

The group was protesting for justice after the death of George Floyd.

This article will continue to be edited with updates as protests progress throughout the night.

"Black Lives Matter" was also spray painted on the Arkansas State Capitol steps during the protests.

In reference to the vandalism, Governor Hutchinson tweeted:

"So many respectful protests today for the right reason; but destruction of property is not acceptable. I have directed the State Police to work with local law enforcement to stop the damage to the Capitol.  The National Guard will be available as well."

Police began shooting tear gas on the interstate. The SWAT team was seen marching along 7th Street and MLK.

"Little Rock, we’ve experienced a peaceful day of protesting, productively expressing pain. We understand the agony. We are listening to the voices.  We’ll continue to work together to solve systemic problems. Let’s continue to remain peaceful. Now, I’m asking everyone to go home."

According to Little Rock police, an active group is causing damage to property in the area of MLK and I-630. Everyone should avoid the area.

One officer was injured while attempting to protect property, but he appears to be okay.

"Every American deserves justice, and I will always defend and protect our right to protest peacefully; however, we cannot tolerate violence and destruction. Arkansans, now is a time for civil discourse and not civil unrest."

"We encourage peaceful protests, like we’ve seen all day. The @LRpolice have stood by and monitored these expressions, ensuring the safety of all involved. There are now multiple agencies patrolling the area. I don’t expect LRPD to engage with protesters unless there is violence."

Arkansas State Police formed a line in front of the Capitol in order to protect it from further vandalism.