Andrey Kellon, a truck driver from Raleigh, North Carolina, who was headed to northwest Arkansas, was one of the many who became stuck in the backup. 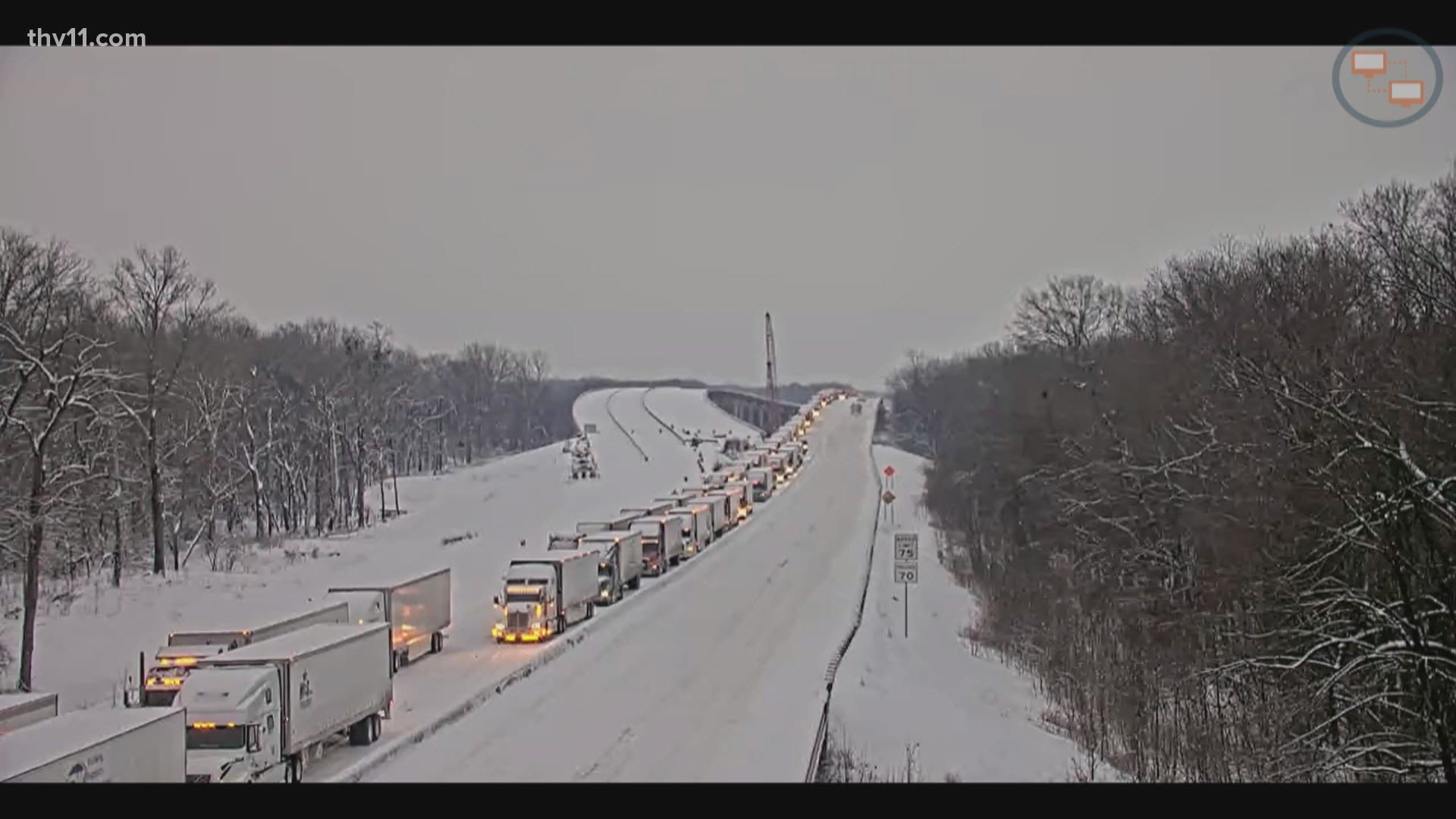 LONOKE COUNTY, Ark. — All morning long, we followed the backup on I-40 in Lonoke County, where there are 18-wheelers lined up as far as the eye can see.

The huge backup was more than 10 miles long after multiple pileups over Wednesday night.

Andrey Kellon, a truck driver from Raleigh, North Carolina, who was headed to northwest Arkansas, was one of the many who became stuck in the backup.

Kellon said he first hit a backup in the west part of Memphis but was only stuck for about an hour. He had planned to stop at a few truck stops after the first backup, but every exit was lined with other trucks.

“I finally stopped at one, but there were trucks everywhere, so I got back on the interstate to try to find another,” Kellon said. “At about 8 p.m. last night (Wednesday), this traffic just came to a complete stop a little bit west of Brinkley.”

When we talked with Kellon at nearly 7 a.m. this morning, he said he had been stuck since 8 p.m. the previous night.

Kellon said he luckily said he has enough fuel to last at least 2 to 3 more days.

“I stayed awake until like 10:30-11 p.m., and then dozed off a couple of times,” Kellon said. I didn’t want to go to sleep and then wake up to somebody knocking on my door. Then at midnight I decided to go to sleep because nothing has changed yet. “

Kellon said he woke up around 4:15 a.m. this morning and everything was the same. He said he is warm inside of his truck and has a refrigerator with food and drinks.

“This is the first time I’ve seen something like this in life, and I have been driving for over 20 years,” Kellon said.