The truck appears to have spilled a significant amount of beer cans across the highway along I-530 SB near White Hall. 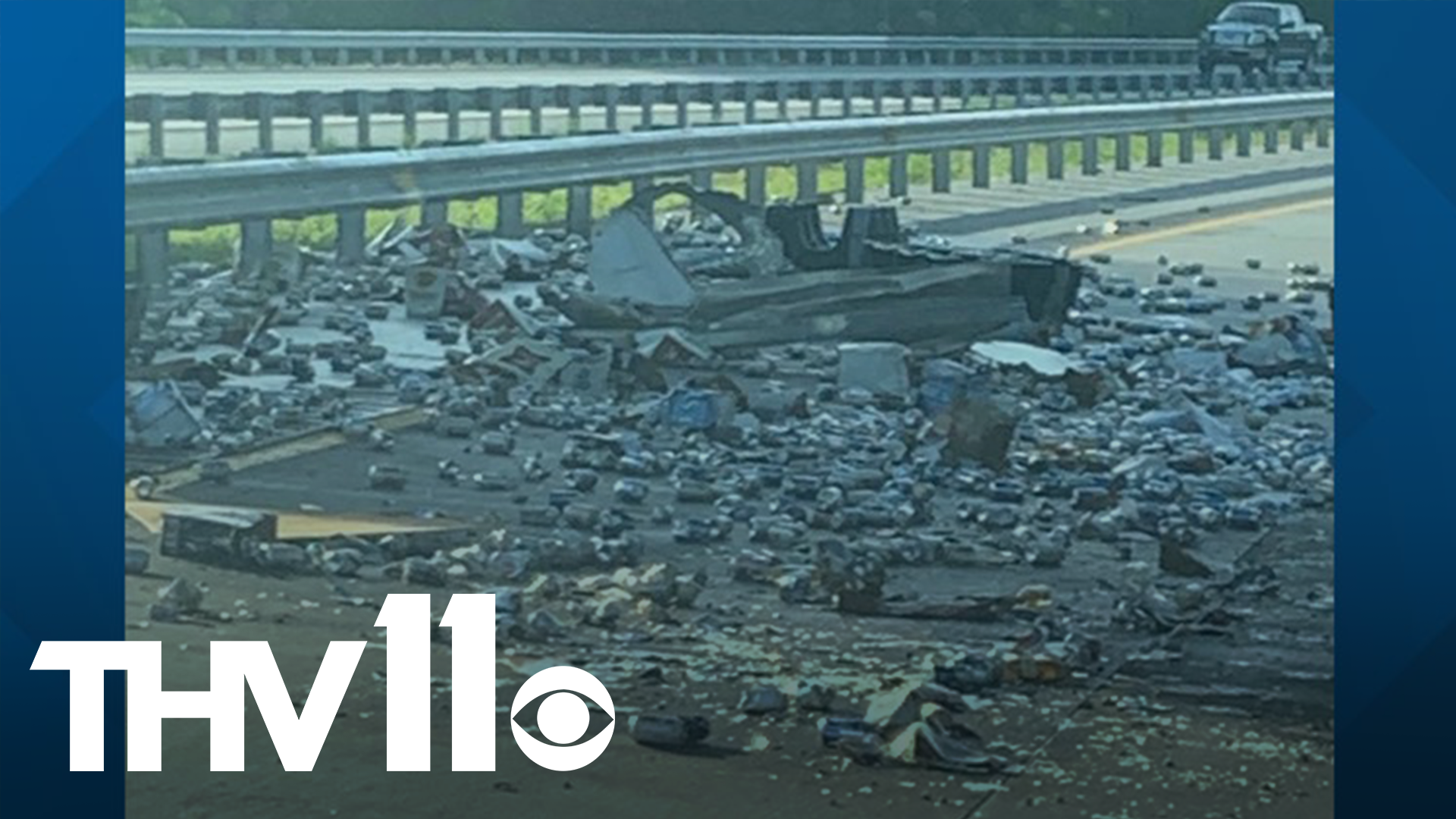 WHITE HALL, Ark. — According to idrivearkansas.com, a large portion of Interstate 530 SB experienced traffic delays after a commercial vehicle overturned near White Hall.

The truck appeared to have spilled a significant amount of beer cans across the highway.

The incident reportedly occurred shortly after 7 a.m. and crews were still working to clean up the area around 8:30 a.m.