Speed limits to increase on state highways and interstates in Arkansas

The speed limit on highways and interstates across Arkansas are increasing. 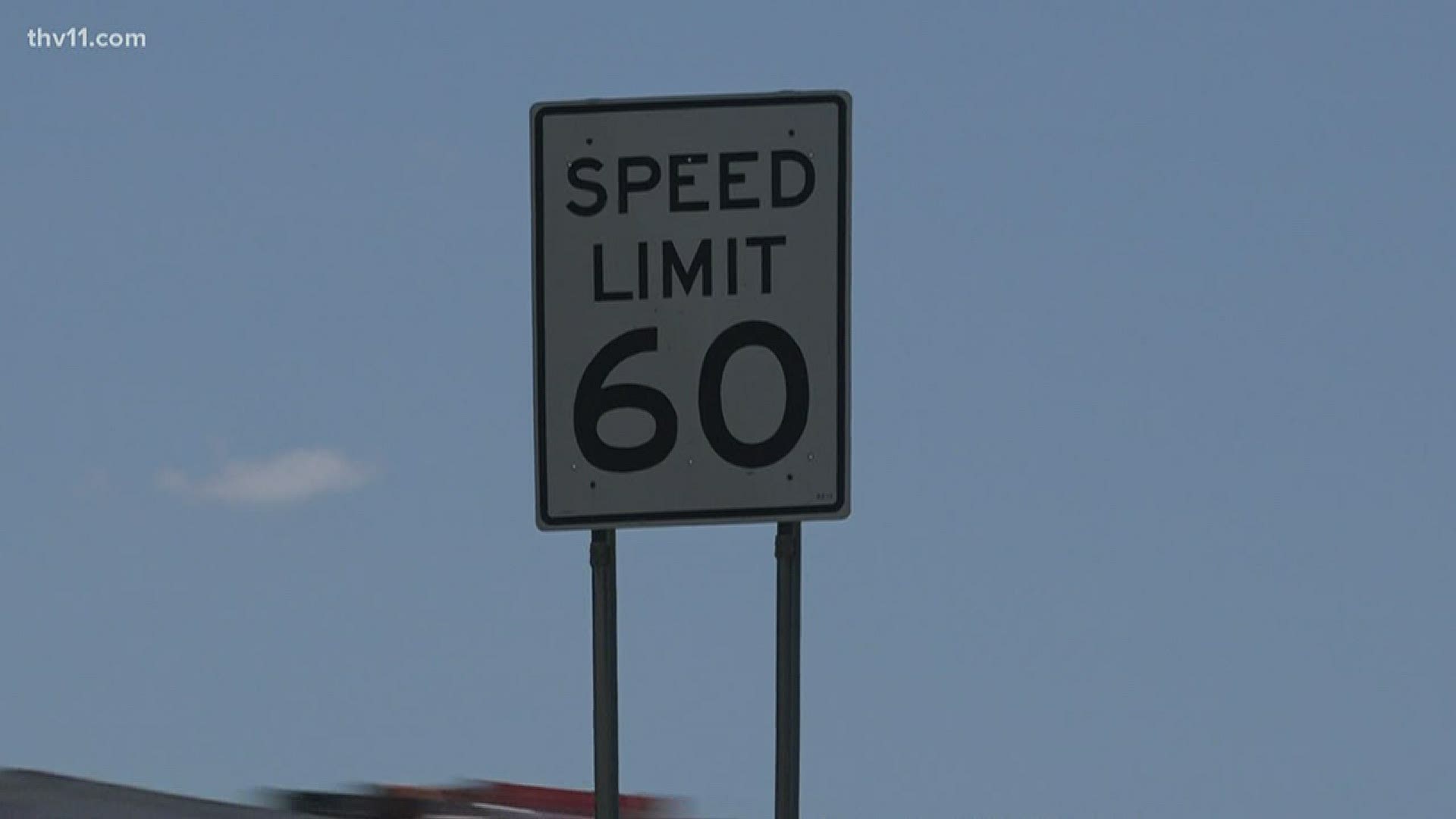 LITTLE ROCK, Ark. — Speed limit increases are coming to some Arkansas highways and interstates this summer.

“The speed limit does not change until the sign changes,” ArDOT spokesperson Randy Ort said. “We will not even begin the process of putting up new speed limit signs until July 1, that's per the legislation that was passed in 2019. Once we begin that in early July it's probably going to take a few months to get all the speed limit signs changed.”

Ort said the highway commission put a lot of thought into whether speed limits should increase.

"From an engineering standpoint the highways can handle it," he said. "But from a human behavior standpoint, we can't legislate that, so we're going to watch this very carefully. If we do see a spike in serious crashes, serious injury crashes, or fatalities we have the authority to go back in and do a study and lower those speed limits again."

The change of speed limit signs and implementing the project will cost about $350,000.