The biggest highway project in Arkansas history has officially begun

The '30 Crossing' project will widen Interstate 30 and build a new river bridge with a $630-million price tag. 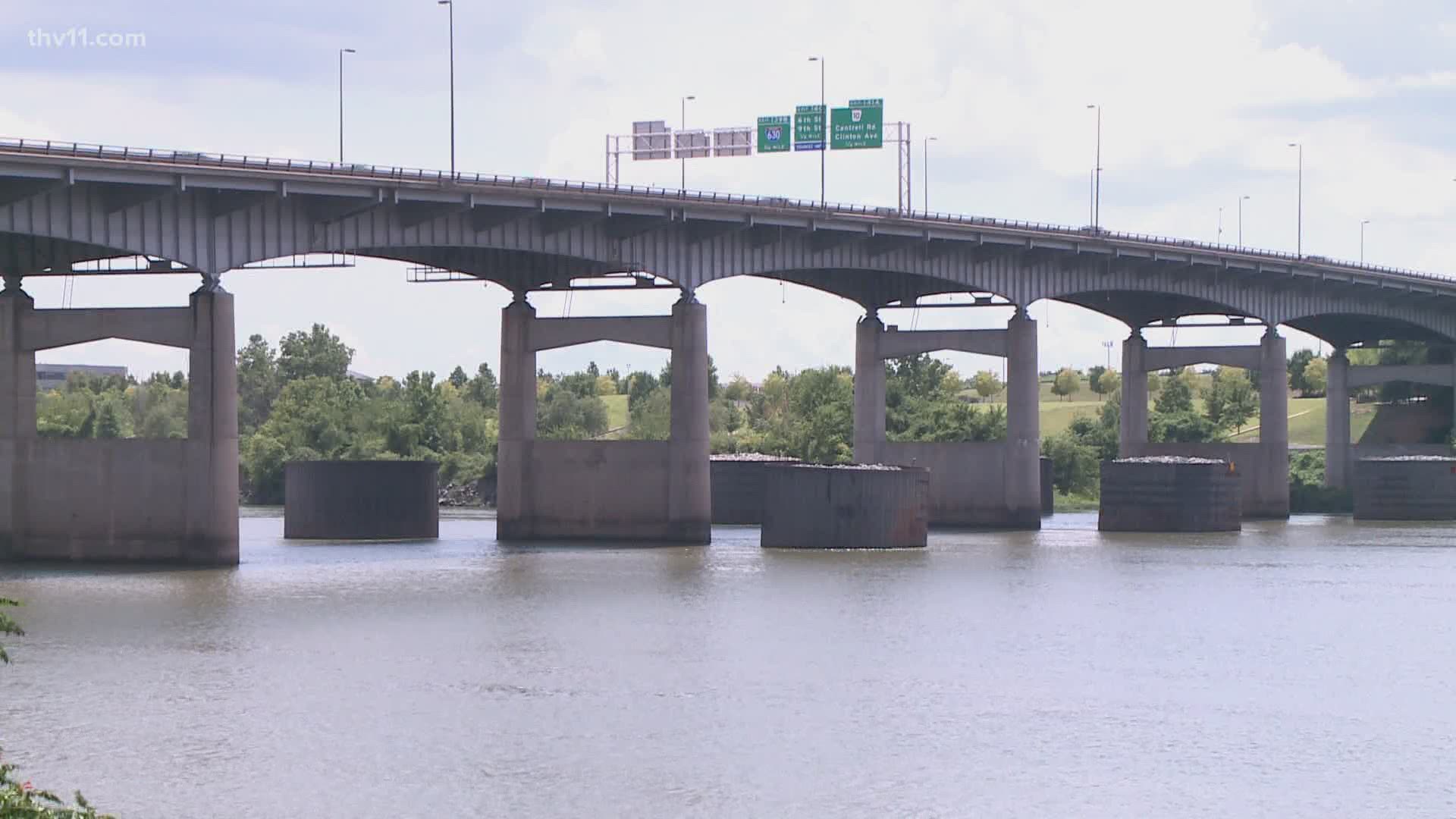 "People now need to be aware of what's coming up," said Randy Ort, spokesperson for the Arkansas Dept. of Transportation. "There's going to be some changes in traffic patterns downtown, and people need to understand that."

Until now, work on the project has been behind the scenes or on drawing boards, but crews started closing a parking area and clearing trees from lots under the river bridge ramps to build construction yards.

Beginning Sept. 21, crews will begin nightly lane closures along the seven-mile corridor. And Thursday, the eastbound exit from I-30 to 6th and 9th Streets will close completely.

"That ramp will be closed until next summer, so probably you'll need to plan on 9-12 months," Ort said. "We will have detours established and signed and in place."

The centerpiece of the project will be the bridge replacement. Drivers won't notice roadway changes for a couple years, but crews will be busy down below.

"People are going to see work in the river itself beginning in October," Ort said. "By the end of this year, they will actually see columns rising up out of the water."

Once half the bridge is built to the east of the current roadway, all six lanes will shift there to dismantle the old structure and work on the "collector" lanes that will add capacity.

This is all a part of phase one of the project, and Ort stressed it's already paid for, regardless of how the Issue #1 highway tax fares in the Nov. election. That ballot question asks voters to make permanent a half-cent sales tax for highway construction. The temporary tax already in place is paying the cost of the first tab.

"If you want to be technical, it's 631.7 million dollars," Ort said while promising that the state-record cost will not grow later because the bidding process involved designers who had to work within an established budget.

"I just urge people to be very cautious, to be very patient during the construction process and there is a light at the end of that tunnel," he said.

RELATED: LRPD cracking down on speeding and caravans on city streets

Other early closures and detours include:

Eastbound I-630 ramp to eastbound I-30 and the East 15th Street ramp will be closed for two nights. Alternate detours will be signed.

Eastbound I-30 between I-440 and 6th Street will shift toward the outside lanes.