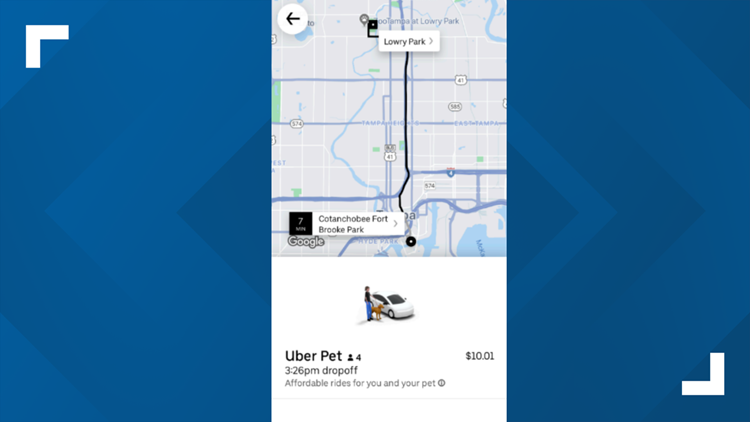 Photo by: Uber
A screenshot of the Uber Pet function in action.

NEW ORLEANS — Can a dog drive an Uber? Probably not. But in New Orleans, they can be passengers.

A pilot program from ridesharing company Uber will let passengers tell drivers they'll have a furry companion ahead of the trip.

Riders pay a small surcharge to bring a pet on top of the standard fare. A test of the service in New Orleans showed a $6 add-on charge on top of the regular Uber price, but it's unclear if that flat rate is the same across test cities.

Uber's general pet policy says that a driver has the right to refuse if somebody tries to bring an animal into their car. Uber's website recommends calling or texting a driver before they arrive to let them know.

But the Uber Pet program appears to be a way to formally allow animals into rideshare cars and compensate drivers for transporting them. Drivers can opt out of Uber Pet trips and will get most of the surcharge added to their earnings if they accept one, the company said.

Uber said in a statement they expect cats and dogs will be the most common animal passengers, but scaly and feathered friends are also allowed.

RELATED: How Eminem pulled off his surprise performance at the Oscars