Residents are looking to their insurance policies to help with flooding damages, but unfortunately most will be out of luck. 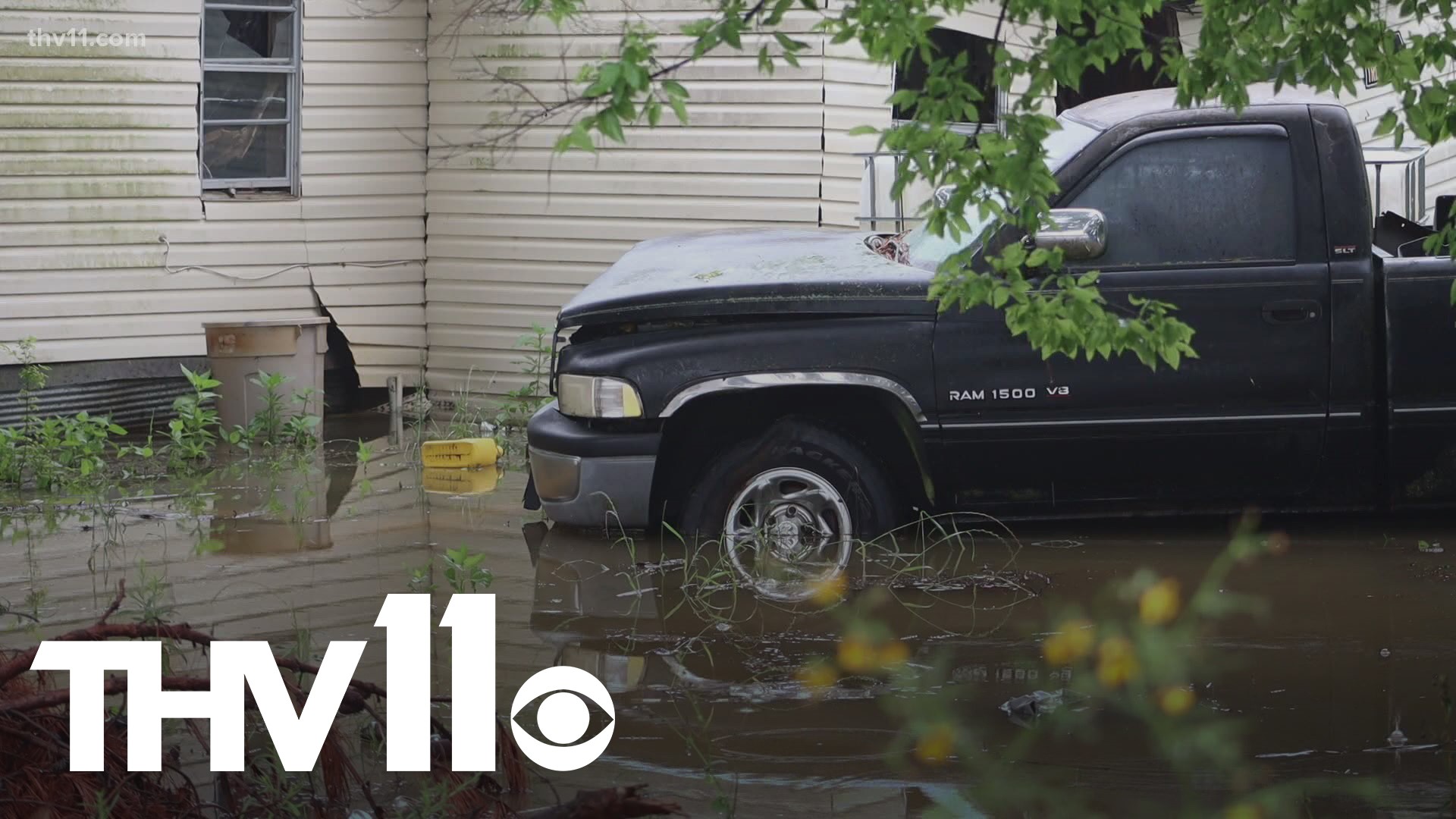 LITTLE ROCK, Arkansas — The past several days have affected thousands of Arkansans, as flood waters have invaded homes and businesses.

The areas have yet to ask for emergency management assistance, but Governor Hutchinson tweeted that assistance will be available as needed.

Residents are looking to their insurance policies to help with flooding damages, but unfortunately most will be out of luck.

"That's going to hurt a lot of people, because a lot of older people just can't afford to rebuild and redo their houses and homes,"  David Byrd, Dumas Fire Chief, said.

Groundwater flooding, which is what thousands of Arkansans are experiencing right now, is uncovered by most insurances.

"Typically an insurance policy that most people have for their business or their home, home owner's insurance. Typical coverage will not cover flooding like you are seeing now," Alan McClain, Arkansas Insurance Commissioner, said.

Some areas may offer insurance as a result of being in a flood plane or flood zone. Those areas may receive coverage.

There's still help for those that don't meet that criteria. McClain said to file a claim if there's flood damage, even if you are not covered.

"They will most likely get a declination that they don't have the coverage, but that declination will be something they need to have in hand if there's federal assistance that becomes available," McClain said.

McClain also recommends getting a separate insurance policy through your company or the National Flood Insurance Program to make sure you're protected in the future.

Governor Hutchinson said that he plans on traveling to Dumas Friday morning to assess the damage.