“...it's coming to Arkansas. We know it's coming.” Flood levels are expected to exceed levels that the area has seen in almost 3 decades. 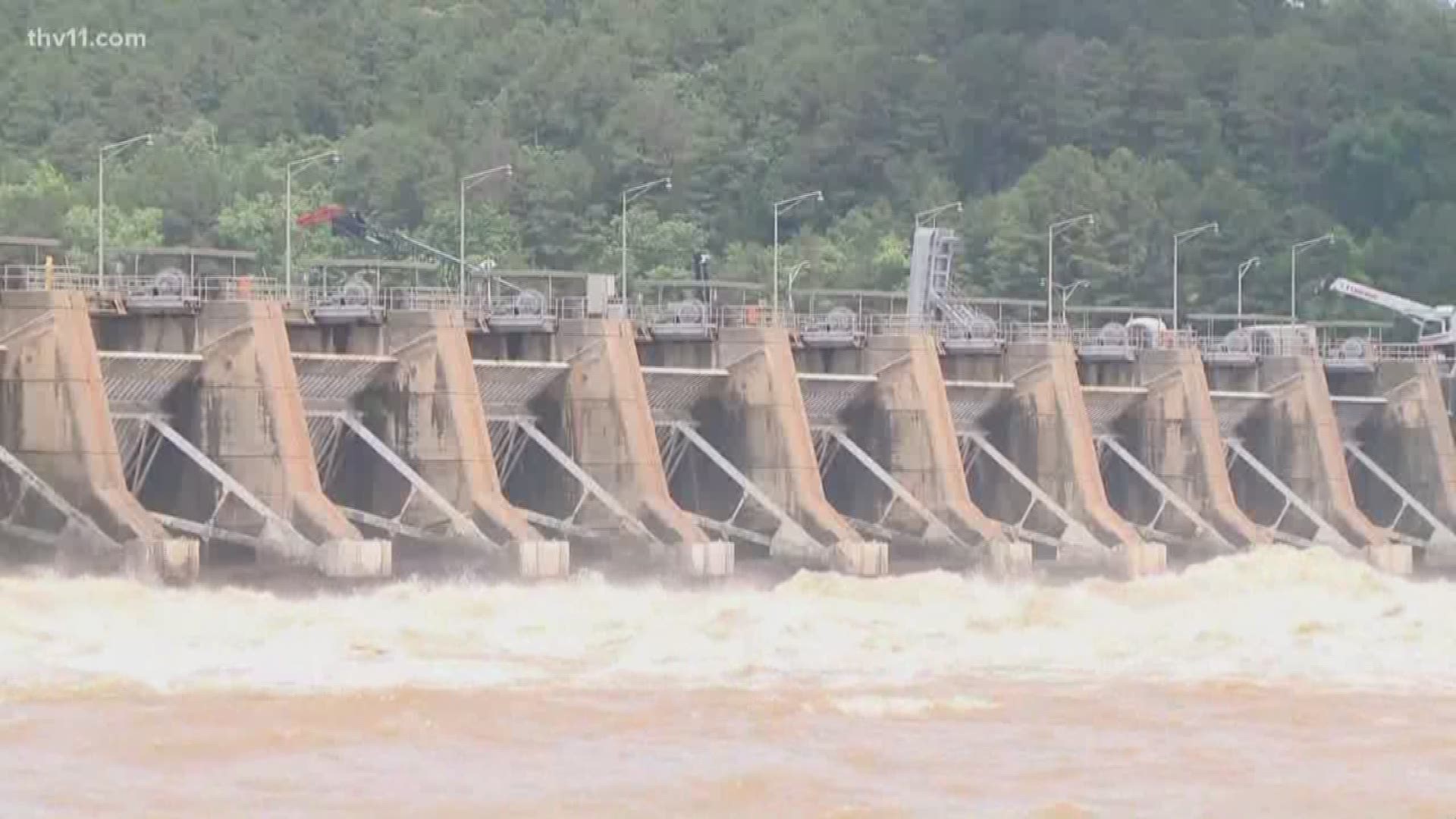 LITTLE ROCK, Ark. — The U.S. Army Corps of Engineers is warning Arkansans about the possibility of historic flooding along the Arkansas River. Flows on the Arkansas River are expected to exceed those of the May 1990 flood event.

Since the Army Corps issued its warning, Gov. Asa Hutchinson has deployed 26 members of the National Guard and has issued a State of Emergency.

"It's going to be historic peaks we haven't seen levels this high since well before 1990," said Laurie Driver, spokesperson for the U.S. Army Corps of Engineers Little Rock District. "If people were affected by the flooding of January 2016, this is going to be significantly worse."

The excessive flow comes as water from flood control lakes in Oklahoma and Kansas is released into the Arkansas River.

“They're at the point that they have to release to ensure the integrity of the dam, and that means it's coming to Arkansas. We know it's coming.”

On April 14, a small craft advisory was put in place due to high flows, strong currents and large debris that can threaten the safety of a recreational boat.

Small craft advisories are issued when flows exceed 70,000 cubic feet per second, which converts to about 7 billion liters of water per hour.

RELATED: Morrilton shores up levees ahead of record flooding

The National Weather Service predicts river stages and reminds those who choose to be along the Arkansas River to be monitoring their website in order to make decisions about whether to move livestock, equipment, and belongings to higher ground.

Historic flooding along the Arkansas River

The Corps of Engineers urges property owners along the river to begin making preparations for flooding by moving property and livestock.

“If you have houses that have been impacted in 2015, you need to be making arrangements to move some of your belongings because there is a great chance you are going to get water in your house,” Driver said.

At Burns Park in North Little Rock, soccer goals have been moved off of fields and onto parking lots as the city prepares to close the park's southern half on Friday morning.

“Our rangers have been evacuating all the folks who are camping along the river,” Driver said. “This weekend, parks will be closed. Unfortunately, that will ruin some holiday weekends for people, but we have lots of opportunities for people to go to lakes.”

By Thursday afternoon, only one camper remained at the Riverview Recreation Area in Dardanelle.

"Unofficially, they told us it would probably be Friday night when we'd probably have to evacuate by, but there's no place to go other than here, so we're just waiting till they kick us out," said Ronnie Holt, who now plans to spend Memorial Day Weekend at home. 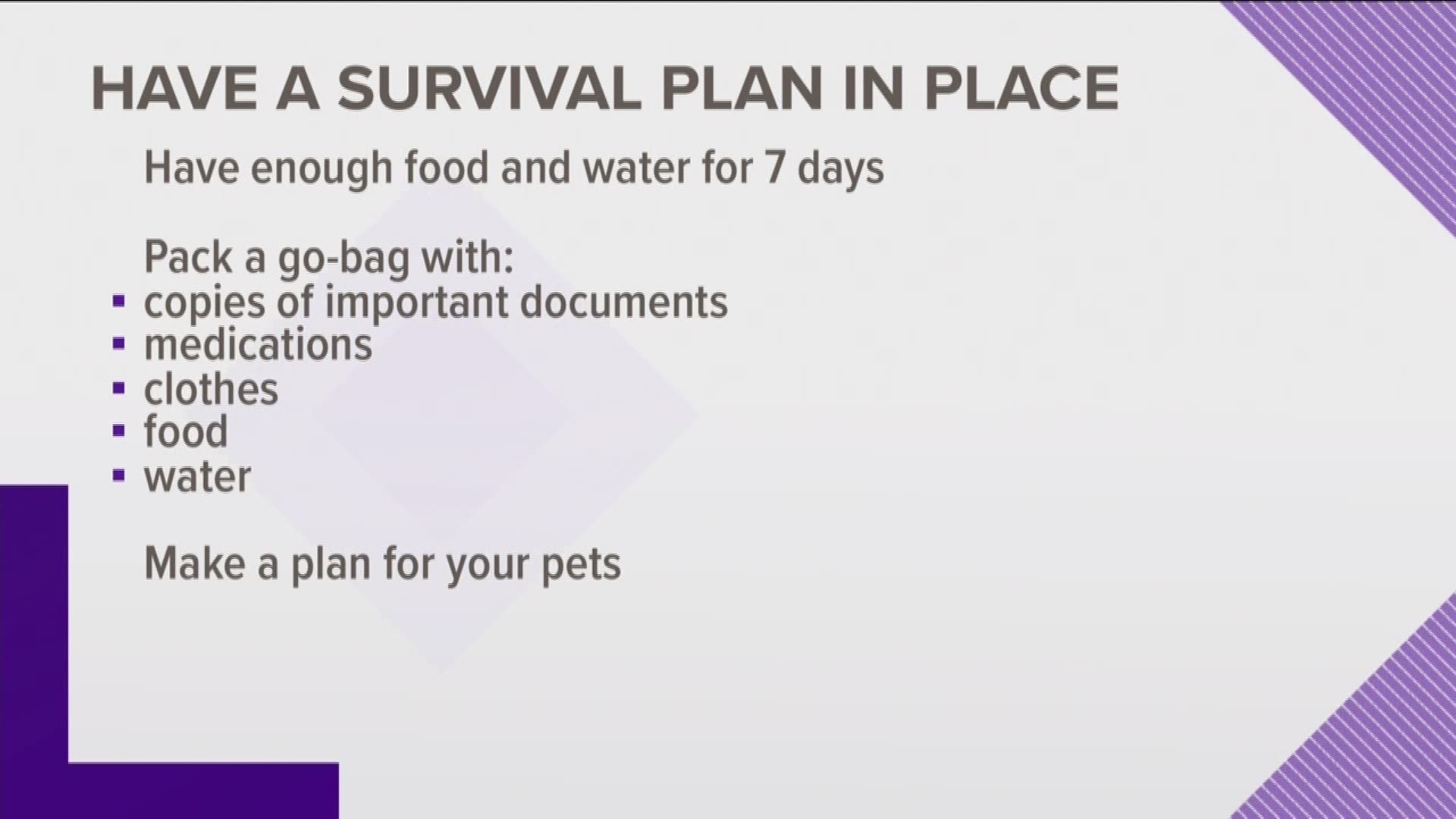 People in at-risk areas should also stay in contact with local emergency officials.

Daily river information can be obtained here or the Corps’ mobile App which can be found in mobile app stores by searching for USACE Little Rock.

Areas closed due to flooding: