Arkansas power companies push for caution ahead of winter weather

There isn't a lot power companies can do in advance of winter weather, so they're reminding their customers to take proper precautions. 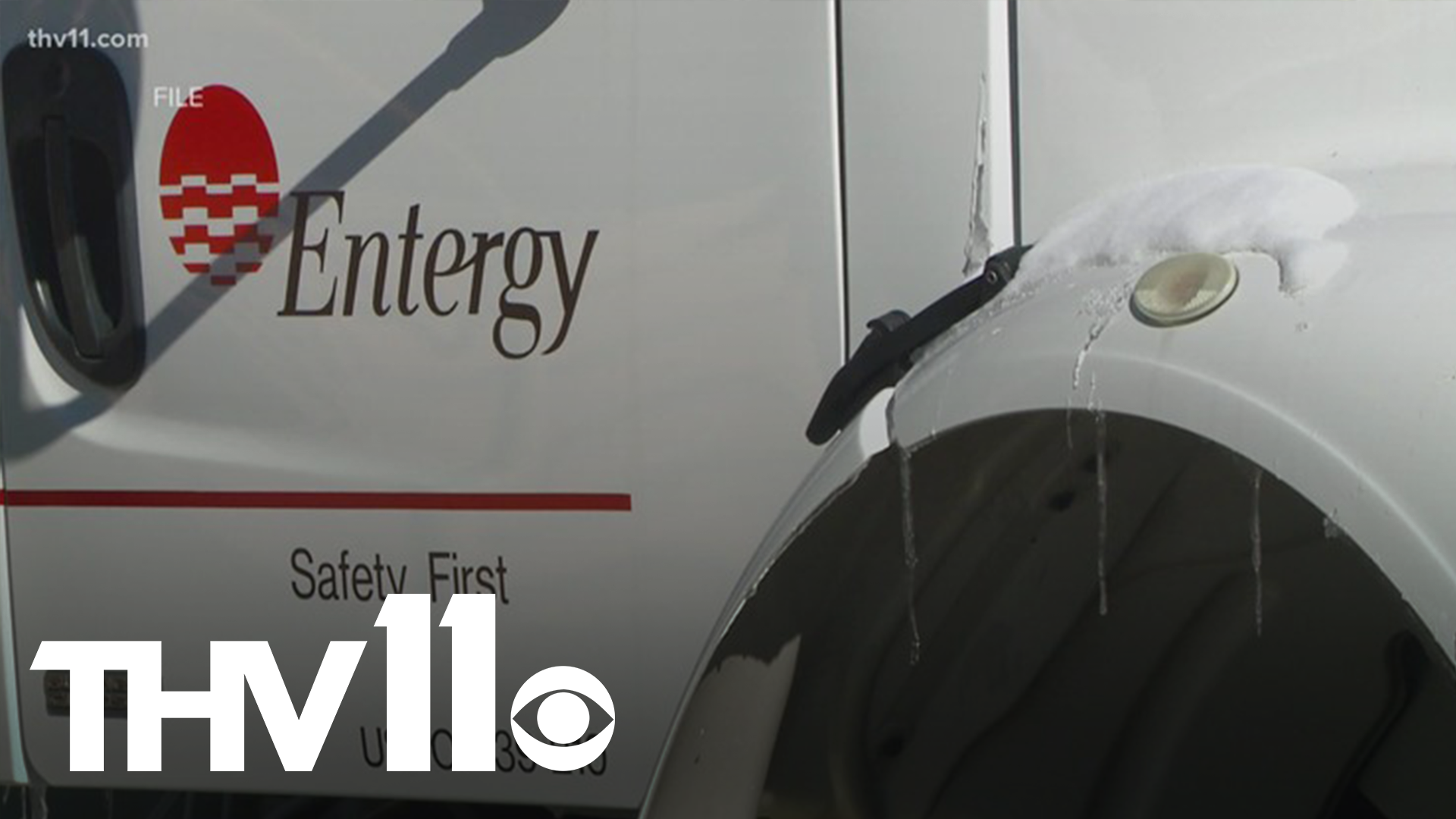 LITTLE ROCK, Ark — Winter weather is on its way to central Arkansas and power companies like Entergy are gearing up.

"You never know what... from one day to another, what the weather might bring," David Lewis, spokesperson for Entergy, said. "A half-inch of ice is a pretty big deal."

The THV11 weather team is forecasting ice showers for much of Arkansas Wednesday night. For Lewis, this is the hard part.

Companies like Entergy can't fully prepare before the storm happens, as most of their repair work is in reaction to the storm.

"There's not really anything we can do during an ice storm until we know what has been affected," Melody Daniel, spokesperson for ADEM, said.

While there's not a lot they can do in advance, there's a lot the two recommend.

"The biggest thing that people can do is to have that food and water available for them, especially in the event of a power outage," Daniel said. "Those are the things that you're going to want to have close by because that's your sustainability."

Along with having items ready, Daniel says being prepared in general is the best course of action.

"Just something where you're kind of prepared, so that you're not scrambling around the house when there's not only a power outage, but also extremely cold temperatures going on," she said.