“We’ve got a team that’s dedicated to all of these creeks, and all of these areas are clear of everything,” Conway Spokesperson Bobby Kelly said. 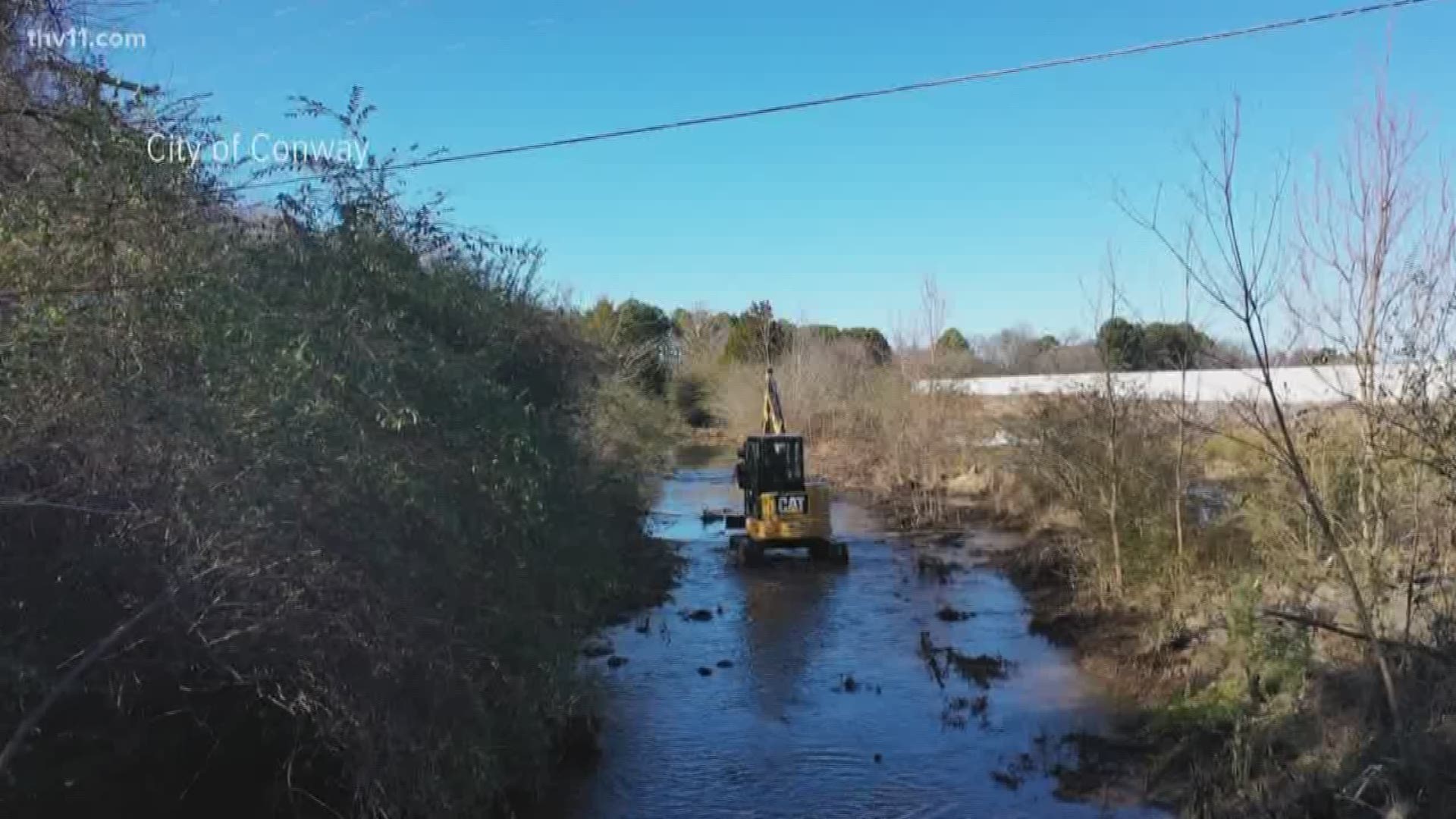 ARKANSAS, USA — Potential severe weather is making its way to central Arkansas and street departments have been preparing for it.

The Conway Street Department has been busy.

City staff have been preparing for forecasted rain.

Beavers caused a potential issue for a neighborhood.

“We’ve got a team that’s dedicated to all of these creeks, and all of these areas are clear of everything,” Kelly said.

Crews removed two beaver dams from Little Creek, which could have caused flooding issues at nearby homes and businesses.

“Thanks to folks who called in and messaged us on Facebook even, we were able to get this beaver dam cleared,” Kelly said.

“A lot of these homes, their backyards butt up right up against it,” Kelly said.

With lots of leaves on the ground, the North Little Rock Street Department worked to make sure they didn’t end up in the wrong places.

“Everybody still wants to sweep their leaves to the curb, and water will take the leaves into the pipes, and then you got a clog,” North Little Rock Street Director Patrick Lane said.

The crews work year-round to clear drains to prevent any issues.

“The big problem is that some of the areas in our city are very low and when I say low, the water can’t go no where quick. So, if you get one or two pipes stopped up in an area, you could flood a house or two or three,” Lane said.

Residents can always call-in to alert staff about any potential problems.

RELATED: Knowing the difference between a tornado watch and tornado warning