Sandbags were also being handed out in Van Buren, Pope County and Dardanelle. 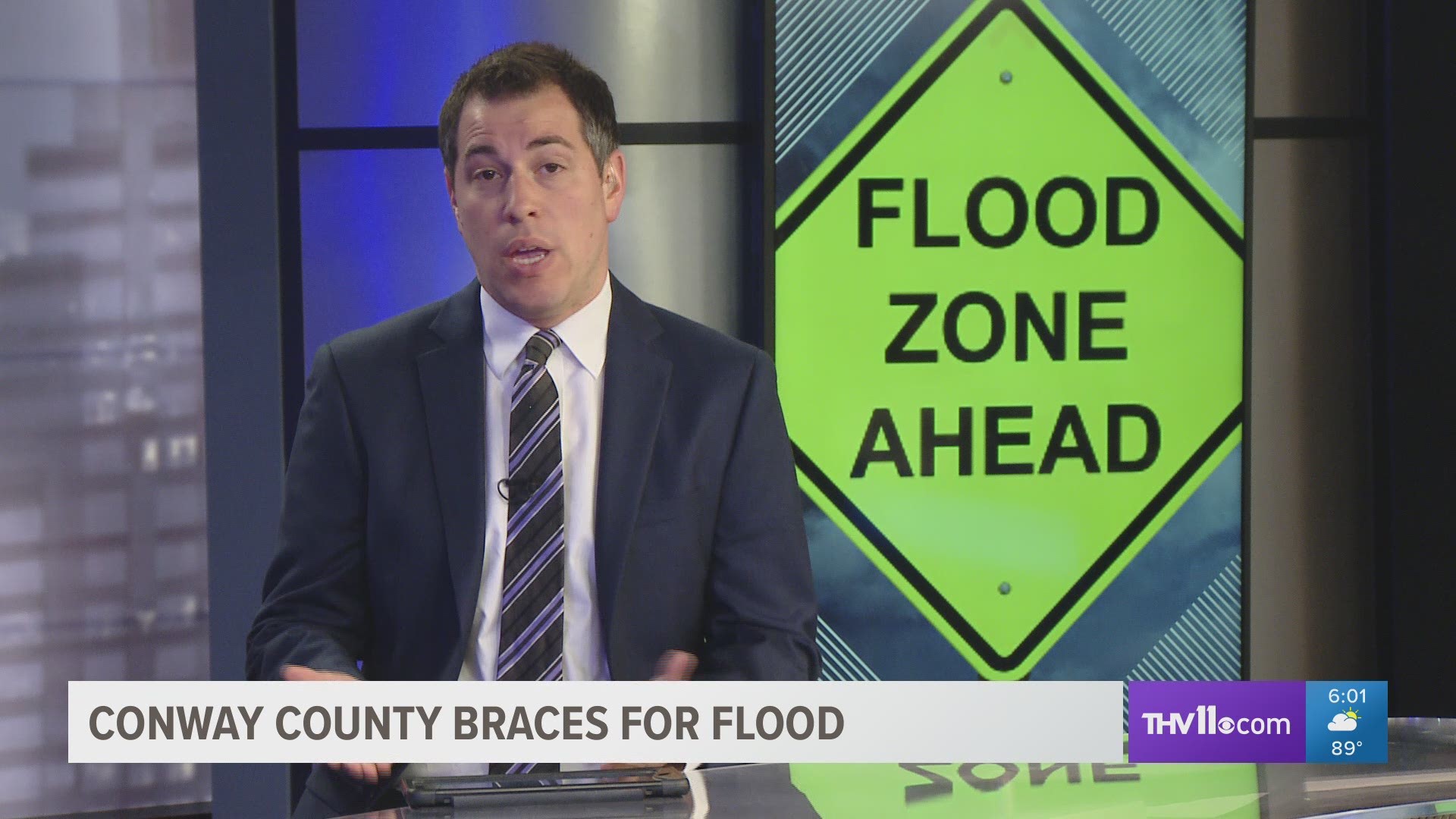 Conway County is one of the areas expected to be hit hardest by the flooding. People in that area have been doing everything they can to protect their homes.

By noon, they had already handed out 50 of these bags to people who live in the area. Volunteers in the community spent their day filling up these bags and handing them out. They just want to make sure their neighbors are okay.

"There's just so many unknowns because there's such an influx of water like we've never seen before," said Johnathan Trafford of the Conway County Office of Emergency Management.

Regardless of those unknowns, residents in Conway County want to be as prepared as possible for the predicted flood waters. Volunteers made sure an abundance of bags were available on Saturday.

"That's one thing about our community, they're really tight and whenever things get tough, they just really just band together and just help each other out," Morrilton City Council Member Gary Koch said.

Residents met at the Conway County Sheriff's Department in Morrilton to fill the bags and hand them out for free to any who could prove their residency.

"Fortunately, where I'm at, the flooding's not going to be an issue for our home, but it will be for travel back and forth to work," Conway County resident Sheila Black said.

"But, for our neighbors closer here to the river we have family and friends in the community and we all need to come together to help our neighbor," she said.

They have enough supplies to fill at least 10 thousand sandbags and they're asking other people to help other operations like this along the Arkansas River.

Sandbags were also being handed out in Van Buren, Pope County, and Dardanelle. The tight-knit community of Morrilton wants all of their friends to keep their ears and eyes peeled to weather alerts.

"Your house may not flood, but areas or highways or county roads to get to your home may be impossible," Trafford said.

"So we want to urge you that if you think that you're going to have problems, to go ahead and come out of those areas. Because as first responders after those waters come up, we may not be able to get to you," he said.

The Conway County Sheriff's Office is also urging people to stay away from river bottoms and river roads to view the rising water. They say the increased traffic will cause issues for farmers evacuating livestock.