The Faulkner County District Court will allow people on probation to get double community service credit for help stuffing sandbags. 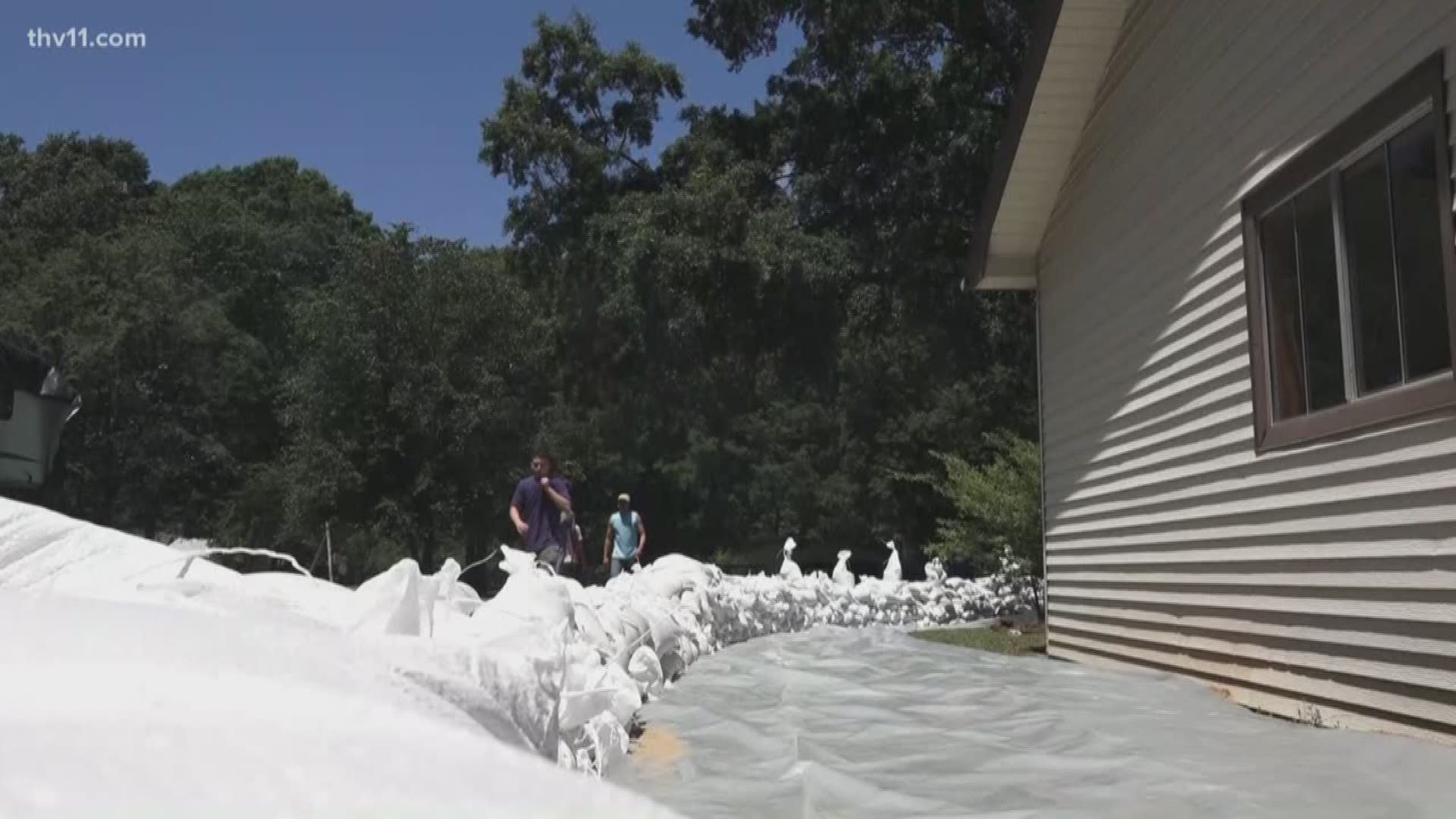 In Faulkner county, officials are doing everything they can to help homeowners protect their property from the flood waters.

Although there are no official evacuation orders, county officials are asking people who live in areas near the river, that flood easily, to leave before the water rises.

County officials said they’re preparing for floods that they have never seen before and want people to take these warnings seriously.

Those officials met on Friday to determine what steps they need to take to make sure people who live in the area have all the resources they need.

Hogue said this is in anticipation of what he’s calling catastrophic flooding.

“What we’re looking at is a flood like most people alive like Faulkner County haven’t seen since 1927 or before,” Hogue said.

He said aside from the declaration, the county is also helping people physically protect their homes from the floodwaters.

The City of Conway is preparing by offered double community service credit to people on probation who are willing to fill sandbags for the community.

“We’re putting out sandbags at the new airport,” Hogue said.

Hogue said it’s important that homeowners take the threat seriously and be aware of the situation.

“If you have ever been flooded around Conway or in Faulkner County, you’re probably going to be flooded this time and so you need to go ahead and get your sandbags,” Hogue said.

The county has not issued an evacuation, but is asking that people leave their house at the first sign of flooding.

“Donovan’s Center in Conway is going to be open as a shelter,” Hogue said.

County officials also said preparing for the flood is a community effort with several different departments filling those sandbags.