After days of heavy rain and flooding in the area, Governor Asa Hutchinson visited the small town of Dumas in southeastern Arkansas on Friday to inspect damages. 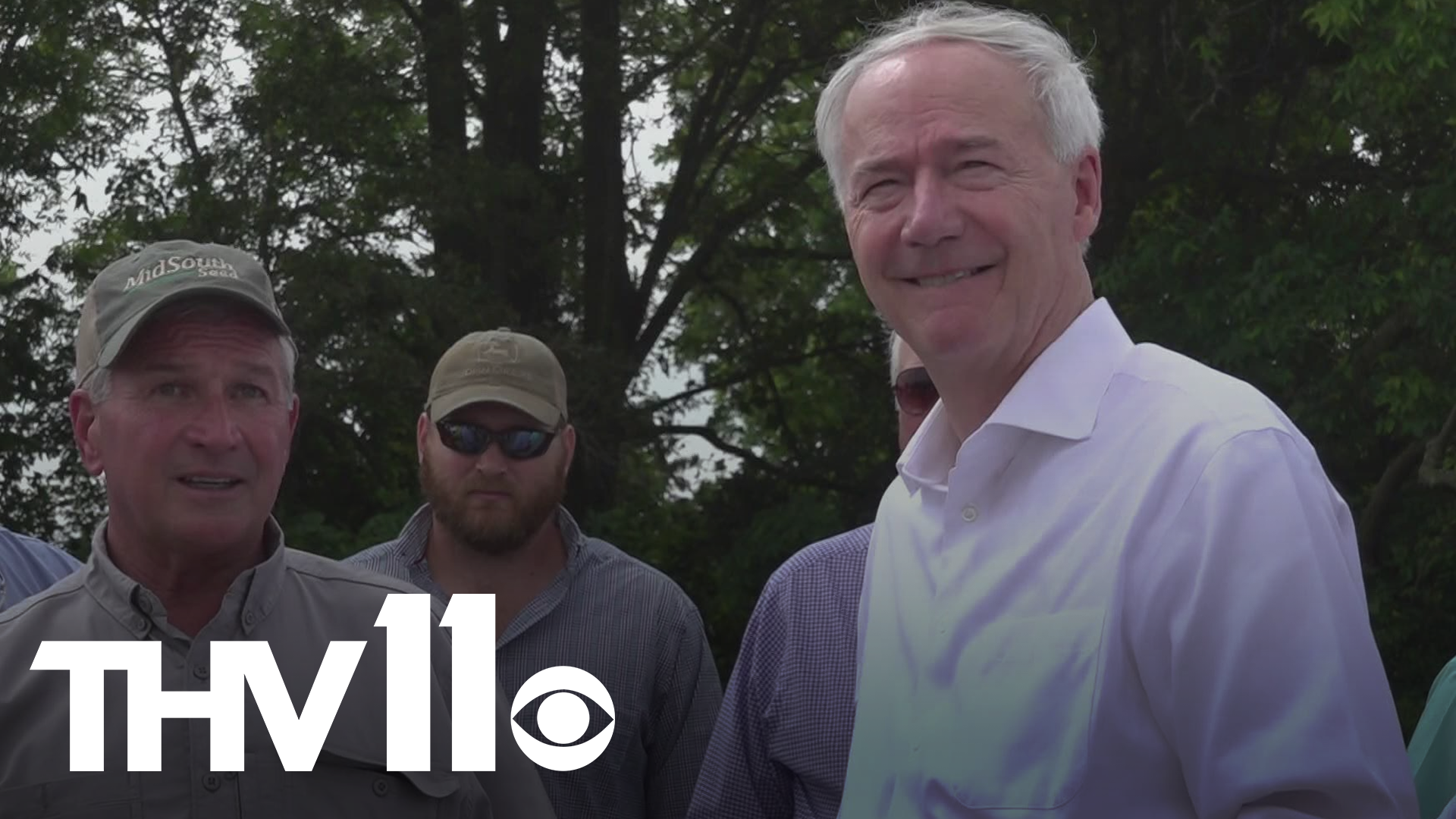 DUMAS, Ark. — After days of heavy rain and flooding, Governor Asa Hutchinson visited the small town of Dumas in southeastern Arkansas on Friday.

Arriving by a Blackhawk helicopter, Hutchinson said he was able to view much of the destruction happening in the area.

"The tens of thousands of acres that have clearly been lost in terms of our farm production," Governor Hutchinson said while speaking to a crowd of nearly 100 people at the Dumas Community Center Friday morning.

After delivering remarks to the crowd, Hutchinson answered questions from farmers and business owners, with many voicing concerns on how they should proceed over the next few months.

"The state recognizes that it is an emergency. That we need to be as responsive as we can," Hutchinson said. "We're here and it helps us to cut through red tape."

For the area's farmers, the help is needed.

The Arkansas Farm Bureau released preliminary estimates for how much damage has been caused by the waters.

While still in the early stages, they're predicting almost 10% of the normal soybean crop will go unplanted because of the flood – that's 300,000 acres.

"Just devastating for us and everybody," Danny Day, whose farm has been swamped by the floods, said. "We got people, neighbors, that flooded their homes and everything in them."

Governor Hutchinson toured Day's farm after finishing his visit at the community center.

"Crop insurance people are estimating 500 million to a billion, somewhere in there," Day said. "I figured it'd be every bit of that. Our crops were pretty much laid by. All of them."

As for the rest of Dumas, water is still easy to spot.

Dumas Mayor Flora Simon said there are nearly 100 homes and 20 businesses in the area that suffered water damage.

While it may not be an immediate fix, the governor's visit let people know that there's help on the way.

"It's a loss, but we'll learn from it," Hutchinson said. "I'm impressed with their resilience, their toughness, and strength to go on and just keep farming."