Can humid summer nights really generate lightning without a thunderstorm?

'Heat lightning' is one of the most popular weather lore topics out there. So what does the science say about it? 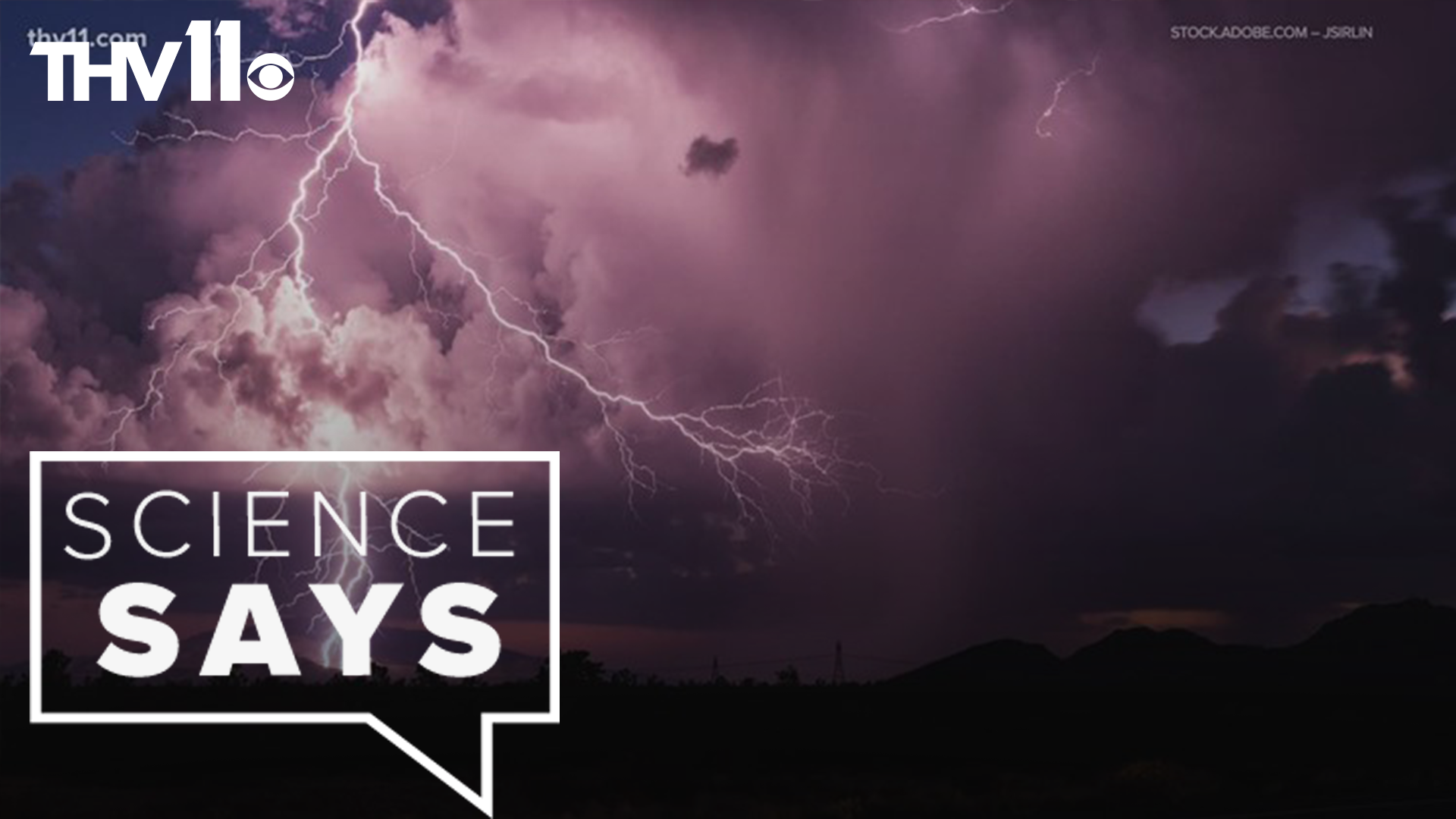 LITTLE ROCK, Ark. — It's one of the most popular weather lore out there, and the most asked question we've gotten for a science says. Is heat lightning really a thing?

According to weather lore, people believe that hot and humid summer nights can generate lightning without a thunderstorm. What you are really seeing is just regular lightning so far in the distance that you can't hear the thunder.

It's much more common in summer mainly because we see thunderstorms more often during this time.

A storm cloud on average can be around 30 to 40 thousand feet. If the cloud is tall enough, it's possible to see the lightning even when it's 100 miles away.

In order to hear the thunder though, you would have to be about 10 to 15 miles from the storm.

Sound travels much slower than light. Sound vibrations need a way to get around. The atoms within a column of air, which is low density, can help carry these sound waves.

Light, on the other hand, is electromagnetic and doesn't need help from a source to move itself around, which is why it can travel faster than sound.

Therefore, we usually see the lightning in a storm before hearing the thunder.

The science says that the popular old wives' tale about heat lightning is a myth.