In total, the company has nearly 7,400 workers ready to respond to any damage that may occur. 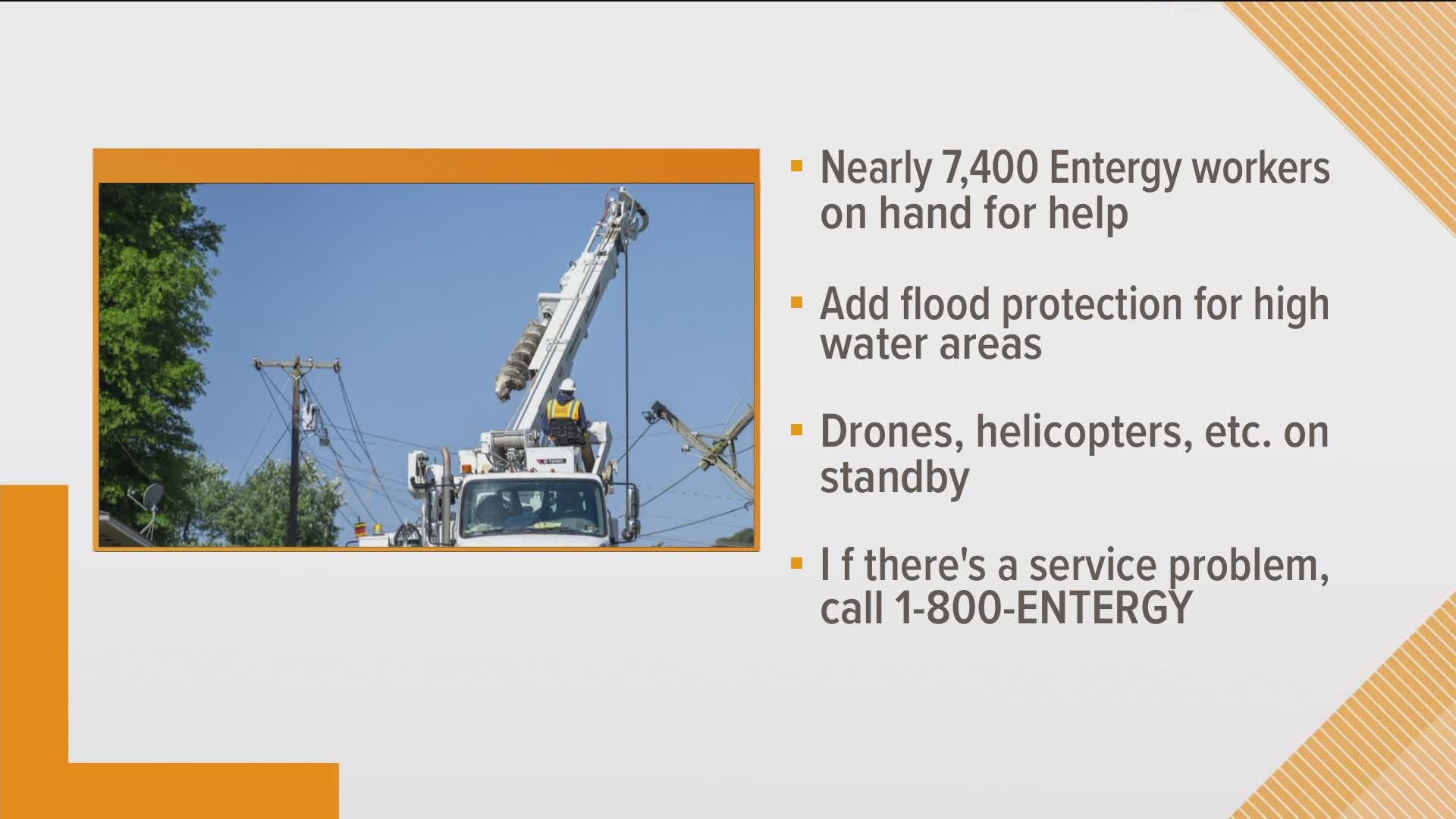 LITTLE ROCK, Ark. — Entergy Arkansas is gearing up to respond quickly and safely to any damage inflicted by the remnants of Hurricane Laura, which are expected to pass through the state Thursday afternoon and evening.

Forecasters expect Hurricane Laura to rapidly power up into a 'catastrophic' Category 4 hurricane — an even stronger storm than previously expected — as it churns toward Texas and Louisiana, gathering wind and water that now covers much of the Gulf of Mexico.

Separate storms spawned by the larger system are expected to be a greater threat than the remnants of the hurricane.

In a statement, Entergy said they've canceled vacations for workers and they're double checking all equipment like poles and transformers.

"Vacations and days off have been cancelled for line crews and support workers. Vegetation crews are scouting key circuits for threats from wind-blown trees. Supplies like poles and transformers are being double-checked and prepped for transport to where needed. Logistics teams are making arrangements to secure hotels and food caterers for line workers in south Arkansas. Entergy Arkansas has requested more than 100 additional line workers from utility companies not in the storm’s path. The additional help should be in place by mid-day Thursday. In addition, as you may know, we own and operate Remmel Dam and Carpenter Dam, hydroelectric dams on the Ouachita River near Hot Springs. Operating the dams involves controlling the levels of the two lakes the dams created, Lake Catherine for Remmel Dam and Lake Hamilton for Carpenter Dam. In preparation for the expected rains, we’re lowering the level of Hamilton by five inches and Hamilton by nine inches. This is not unusual when we expect a big rain."