Here's how La Niña could impact Arkansas this winter

La Niña conditions are showing up in the Pacific Ocean once again, and it's expected to strengthen going into the winter season. 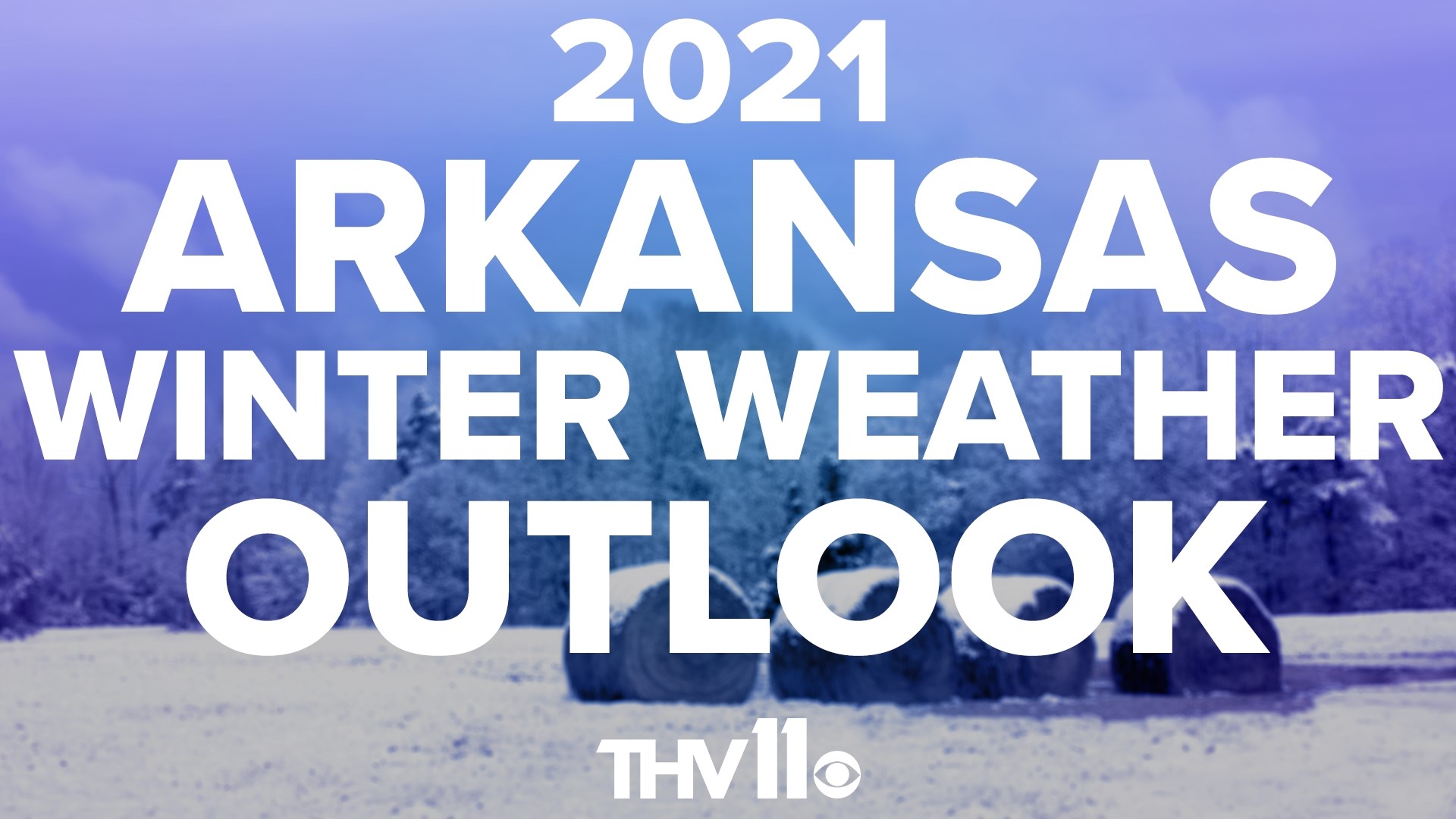 LITTLE ROCK, Ark. — La Niña conditions are showing up in the Pacific Ocean once again and according to the latest model forecast, this phenomenon is expected to strengthen going into the winter season.

But what does that mean for Arkansas this winter and how much snow or severe weather can we expect?

What is La Niña?

La Niña is part of the change in water temperatures off the coast of South America around Peru.

This change from going to average to below or above average ocean temperatures in this part of the world is known as the El Niño Southern Oscillation or ENSO.

La Niña is when the water temperatures are below average. Meanwhile, El Niño occurs when temperatures rise above average.

Both of these events can shift the major puzzle pieces when it comes to the weather patterns not only in the United States, but across the world.

On average, a typical La Niña will send the polar jet stream to the south more frequently in the Ohio Valley. This allows for very cold air to invade from Canada. However, the southern branch of the jet stream, which brings a lot of pacific moisture, tends to retreat more north.

What kind of winter can expect in Arkansas?

The chance of above average precipitation in the Ohio and Tennessee Valleys increases with this combination.

It’s a different story from Texas to the Deep South with the expectation of warmer and drier than average conditions, which could lead to a drought.

Arkansas has seen some impacts from past La Niña events when it comes to snowfall and severe weather.

The chart below shows the La Niña events since 2007 and total snowfall for the seasons. Most winters ended up with less than 3” of total snowfall.

However, the significant outlier was last year with a total of  20”. This was the most snowfall that has ever occurred during a recorded La Niña event since 1950.

Therefore, the odds of seeing a repeat of last winter are very slim, but seeing the average snowfall at the Little Rock Airport of 3 to 4” falls in the likely category.

It all depends on the timing and depth of cold air, along with moisture supply to get a big snowfall in the Natural State.

If the cold and dry air is too strong, storm systems may get pushed south. Not enough cold air and we could see a sloppy mess of snow, ice, and rain. There has to be arctic air in place and plenty of moisture moving in for significant snowfall in central Arkansas to happen.

Speaking of arctic air, we will likely see a period of very cold air invading from the north, sending the temperatures into the teens and single digits at least once during the season.

Feb. 2021 was an extreme case, making it the coldest temperature recorded for the month. The temperature plunged to -1 degrees at the Little Rock Airport.

Will this bring more severe storms?

This interaction between the land and ocean also affects the chance of severe weather happening through winter and spring months.

The most tornadoes recorded in Arkansas in 1999 was during a strong La Niña event. There is a definite relationship between the strength of La Niña and how active the severe weather season may turn out to be.

Three out of four most active tornado years all happened during strong La Niña events.

This year, the strength of the La Niña is expected to be moderate, which shows quite a variety in how many tornadoes will develop across Arkansas.

Keep in mind the number of tornadoes does not reflect the strength of the tornado or where it occurred.

For example, the last EF-4 tornado to strike the state was the Mayflower and Vilonia tornado in 2014. That storm occurred during an average or neutral ENSO. Also, there were only 20 tornadoes reported that year.

ENSO is not the only factor that can bring dramatic changes to our weather pattern in Arkansas and the South. Snow cover over Siberia and Canada will favor the chance of arctic blasts invasions occurring more frequently. And the Madden-Julian oscillation (MJO) that develops over the Indian Ocean and travels across the world is linked to extreme weather events and arctic blasts.

The takeaway is, as the new year approaches now is the time to prepare for winter weather and severe weather potential as the season will ramp up possibly as early as December, but higher probabilities favor March through May.

If you have not downloaded the THV11 app, now is a great time and add this number to your contacts to report severe weather or winter weather if needed: 501-376-1111. 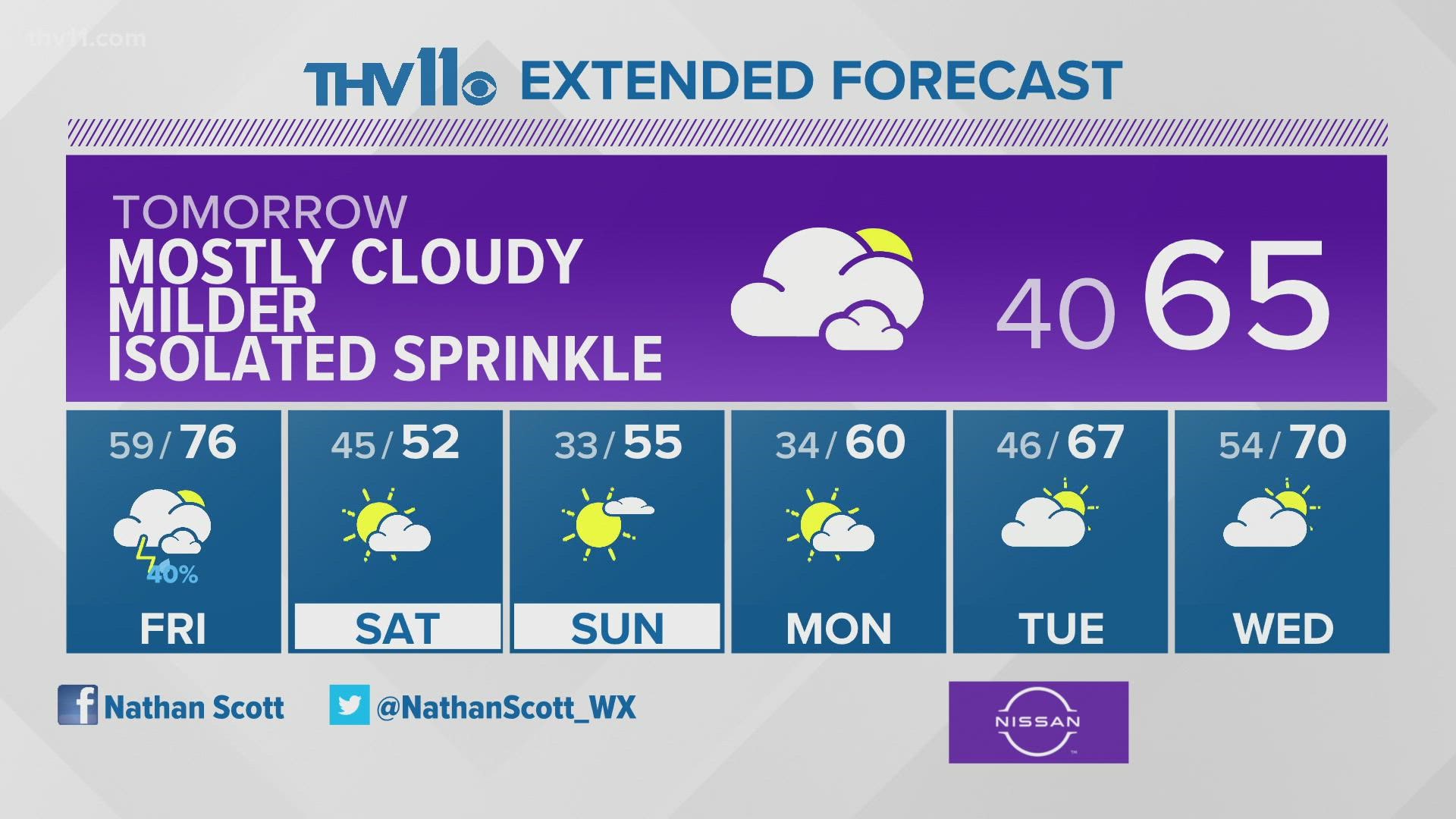