The first heat wave of the summer is coming to Arkansas

The hottest and most uncomfortable heat that we have seen this year is coming this weekend and could stay through the end of the month, at least. 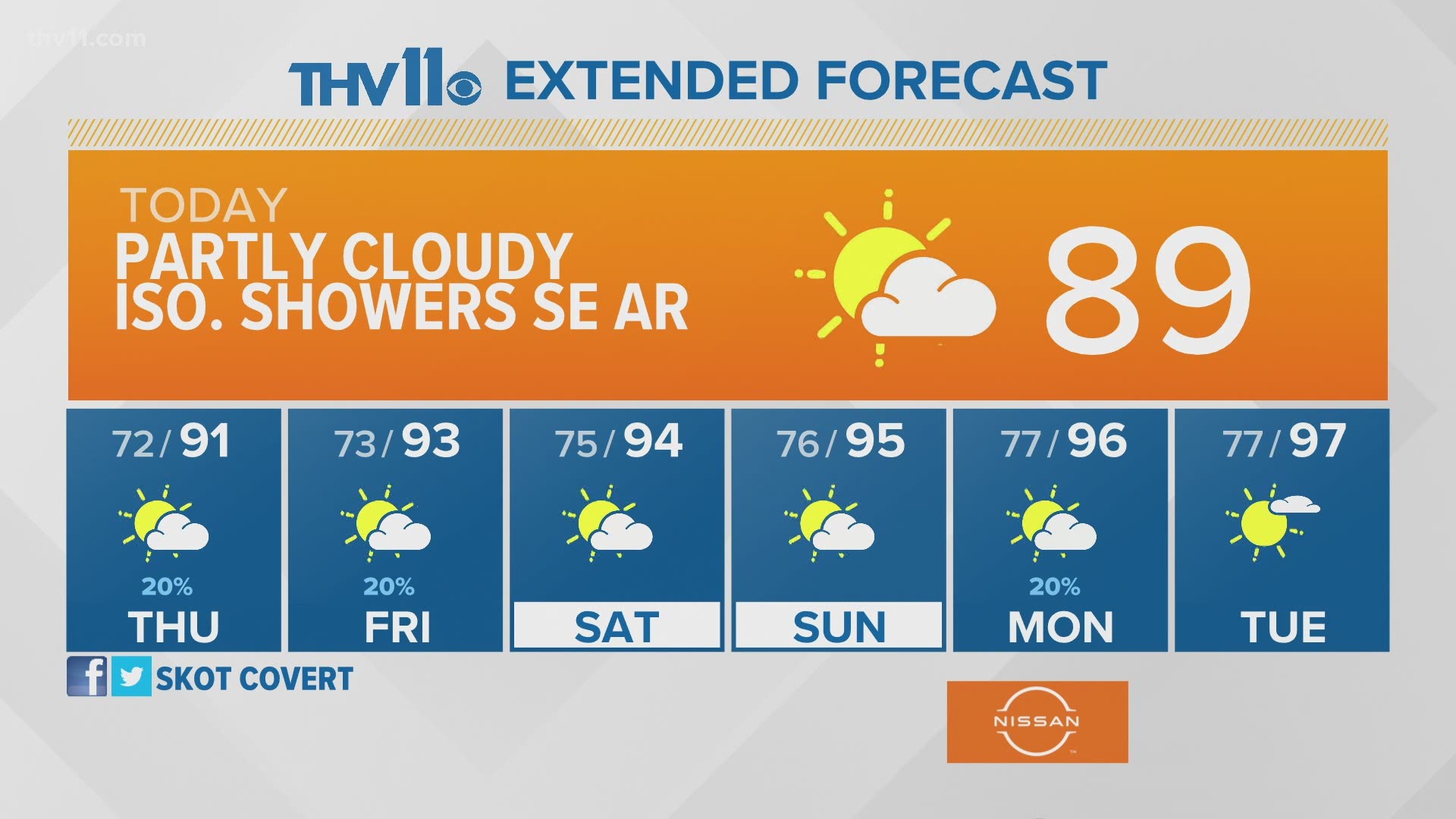 LITTLE ROCK, Ark. — Get ready Arkansas because that summer heat should be returning over the weekend and for the rest of the month.

It's been more than three years since Little Rock has felt 100 degree weather, but that streak is expected to come to an end soon.

The hottest and most uncomfortable heat that we have seen this year is expected to come this weekend.

Here is a preview of what it will feel like by Saturday afternoon, according to a forecast model.

While the weather may feel like its in the 100s, the highest temperature the Little Rock airport has seen so far this summer is 96 degrees.

The spells of heat have been brief and we have not had three days in a row of at least 95 degrees.

We have been spoiled by passages of cold fronts and below average temperatures for the past couple of months because of the upper level pattern.

There has been a trough in the East and a dominate ridge or heat dome roasting the West. The extreme drought in this area has kept the ridge from migrating into the Mid-South.

However, now all signs are pointing to the heat dome building into the center part of the nation and camping out through at least the end of the month.

This ridge will block most organized storm systems from entering the Natural State, therefore the chance of rain after Thursday will be less than 20% for several days.

As the ground dries out, it will heat up faster resulting in higher temperatures.

Along with the toasty temperatures will be the true “air that you can wear” humidity. Dew points will surge into the low to mid 70s Thursday and continue to stay in the soupy 70s through next week.

The combination of the heat and humidity will push the heat index or feels like numbers well above 100.

Once the heat index reaches 105 degrees, heat advisories are issued by the National Weather Service. This will be a good possibility for parts or all of Arkansas next week.

Be prepared for uncomfortable sleeping weather and dangerous heat during the afternoon. Stay hydrated and take frequent breaks.

Check on your neighbors and don’t forget to keep the pets cool and hydrated. Don’t walk your dogs in the middle of the day and have plenty of water for them at all times.