While officials are asking people to take immediate action, Arvid Straschinske has his own reason as to why he refused to evacuate. 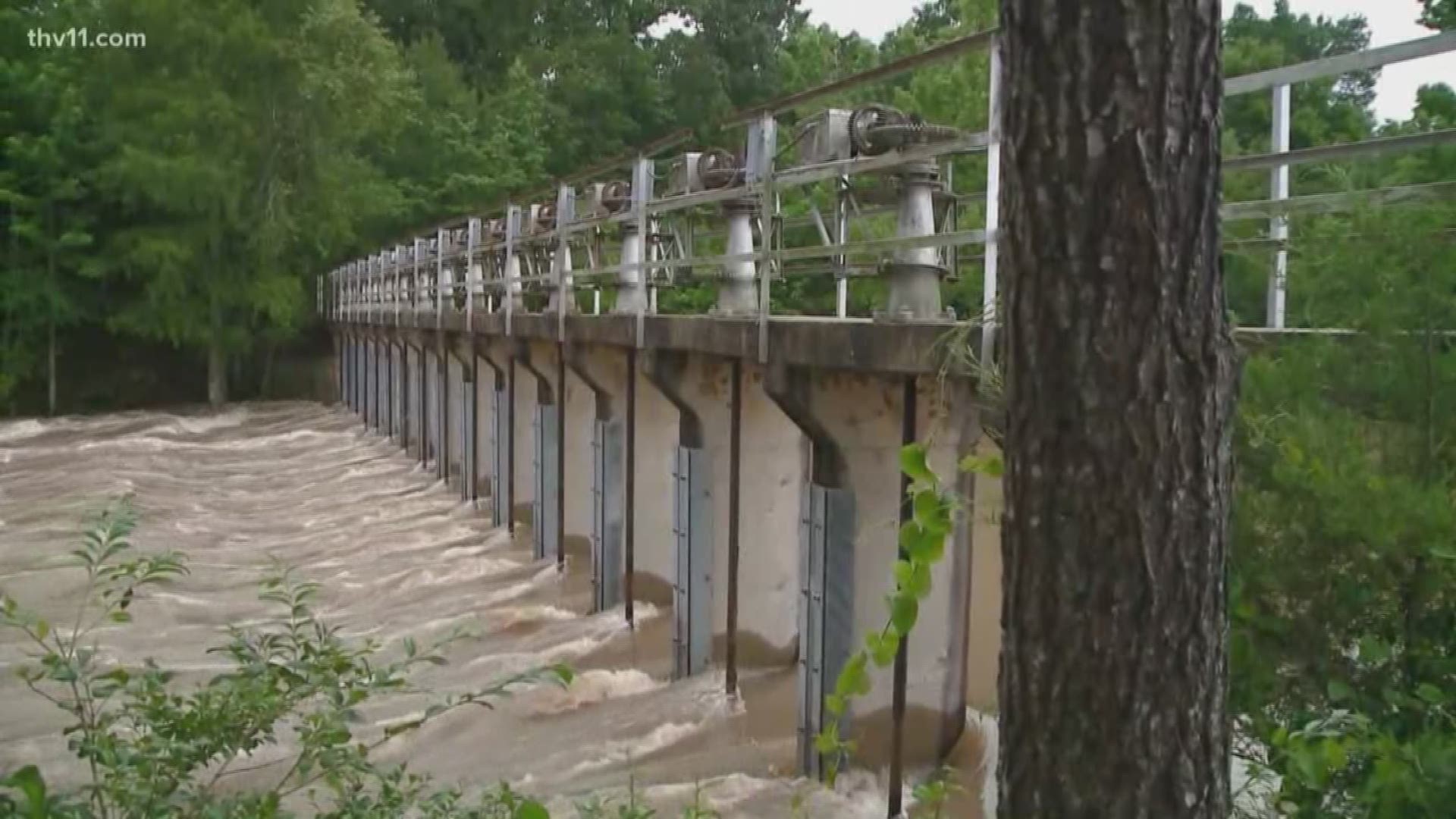 MAYFLOWER, Ark. — Though the Arkansas River is slowly but surely going down at Toad Suck, the flooding threat remains for people living along Lake Conway.

The river hasn’t gone down enough to stop the flow of water into the lake.

While officials are asking people to take immediate action, Arvid Straschinske has his own reason as to why he refused to evacuate.

“I lost my home during the tornado,” he said.

RELATED: 'Everything is underwater' | Hundreds of Wright homeowners deal with major flooding

“People came in here stealing stuff, like copper wire. They aren’t going to steal no more from me.”

So he’s chancing the flood waters, though he’s been encouraged to evacuate and water has begun creeping up to his home.

His sandbags are barely holding up, some have already submerged in water.

The road leading to his home is closed, leaving no way in or out.

So he made is own path on higher ground by spending hours cutting down shrub, making a walking trail to get to and from his home.

He refuses to take his eyes off his property for reasons like keepsakes he doesn’t want to go missing, like a framed photo of him and his best friend at war.

The picture is the only memory he has left of his friend after he died just days after the same picture was taken.

“I just want to take care of what little I’ve got left.”

“There are two people that know what’s going on and that’s our heavenly father and Jesus, they’ll take care of all this.”