Morrilton shores up levees ahead of record flooding 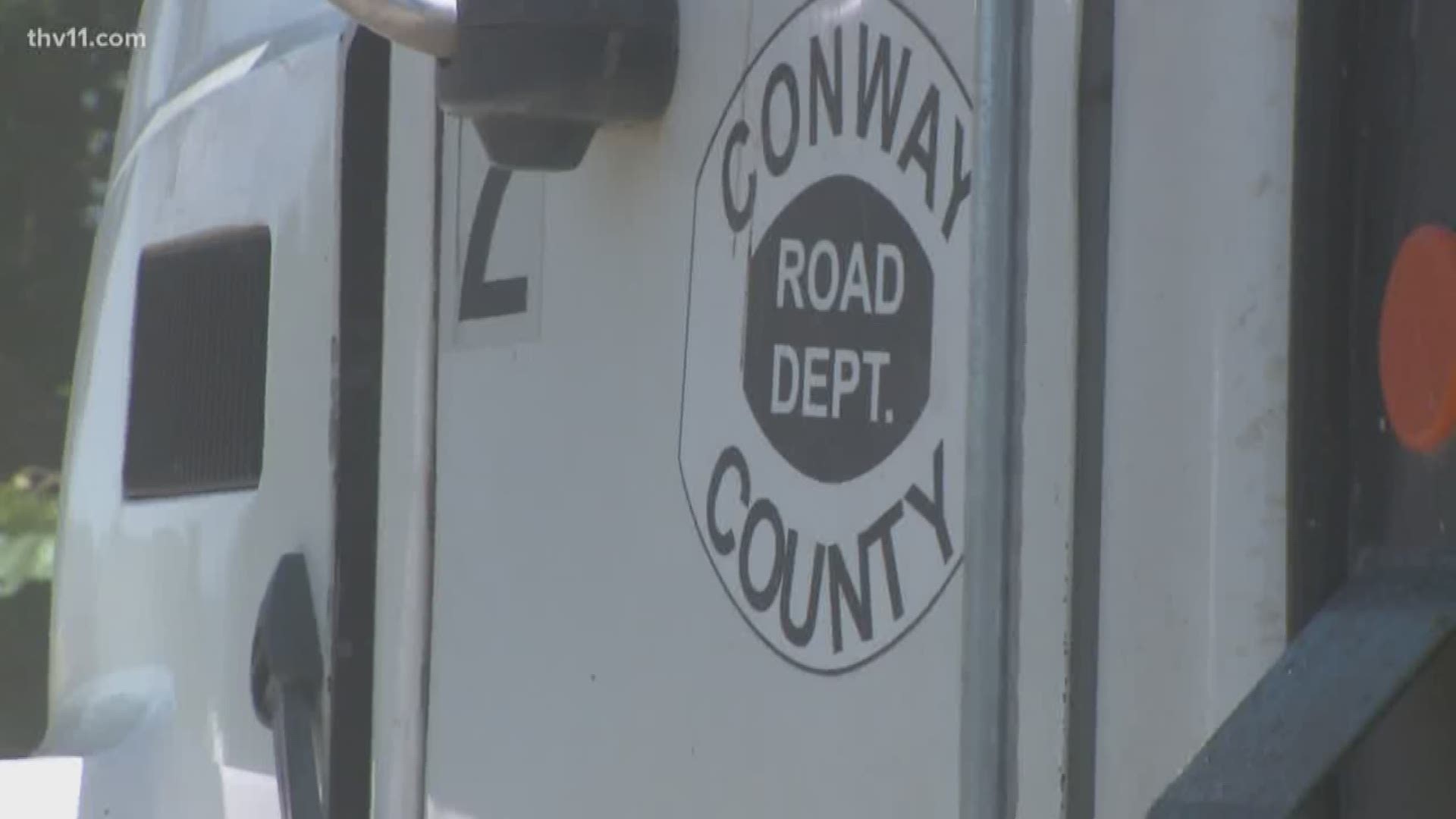 Conway County road crews spent Friday, May 24 shoring up about a half-dozen road crossings over levees, as record flood waters make their way downstream from Oklahoma along the Arkansas River.

The levee system has withstood other recent flood events near the county seat of Morrilton, but predictions in this case have officials checking on places they don’t normally worry about.

“It's not a 20 or 30 year. What they are telling us is this is probably a flood event that rivals 1927,” said Conway County judge Jimmy Hart, as he oversaw three dump trucks and a road grader working on Levee #10.

“We got about a foot, foot-and a-half hole we gotta fix,” Hart said.

The road crossing is about a mile from the Arkansas River, but even still, everyone in the area moved man, machine and beast to higher ground.

“We're pretty worried. We're fixin' to try and move our cattle tonight or this afternoon and put them on top of this levee here,” said Lewis Moore, a rancher overseeing dozens of steer and cows driven on to the levee.

Moore has trusted the berm for the 15 years he’s worked the lands, taking over for grandparents who first came here 100 years ago. “It's in pretty good shape. It just depends on how high the water gets and how soft it stays on it,” he said.

The trucks put tons of rock on to the gravel road to bring it level with the top of the levee. Just those two feet could spell the difference between maintaining a wet side and a dry side, or a fully flooded valley.

“We've got a half-dozen road crossings in Conway County over the top of the levees,” Judge Hart said, adding he can’t be too cautious based on the flood predictions.

“We're just making sure that we've got them to where they need to be. We just want to make sure we do everything we can possibly do to make sure that water doesn't come where it shouldn't go,” Hart said.

RELATED: Gov. Hutchinson declares State of Emergency ahead of flooding

Closer to the river banks, a contracting crew moved fill around a grain storage facility. The river flowing by at high speeds made getting the soybeans out of the silo impossible.

The crews piled dirt to the 45-foot mark above the river. If it goes higher, about $3 million worth of soybeans will be ruined.

Back at Levee #10, Moore guided his cattle and his young grand-nephew around the road workers and summed up his feelings while waiting for the water.

“Just hope the Lord let's us all see another day,” he said.