Since July 1, paramedics have responded to 51 heat exhaustion calls. At least one of those calls resulted in the death of an outside worker. 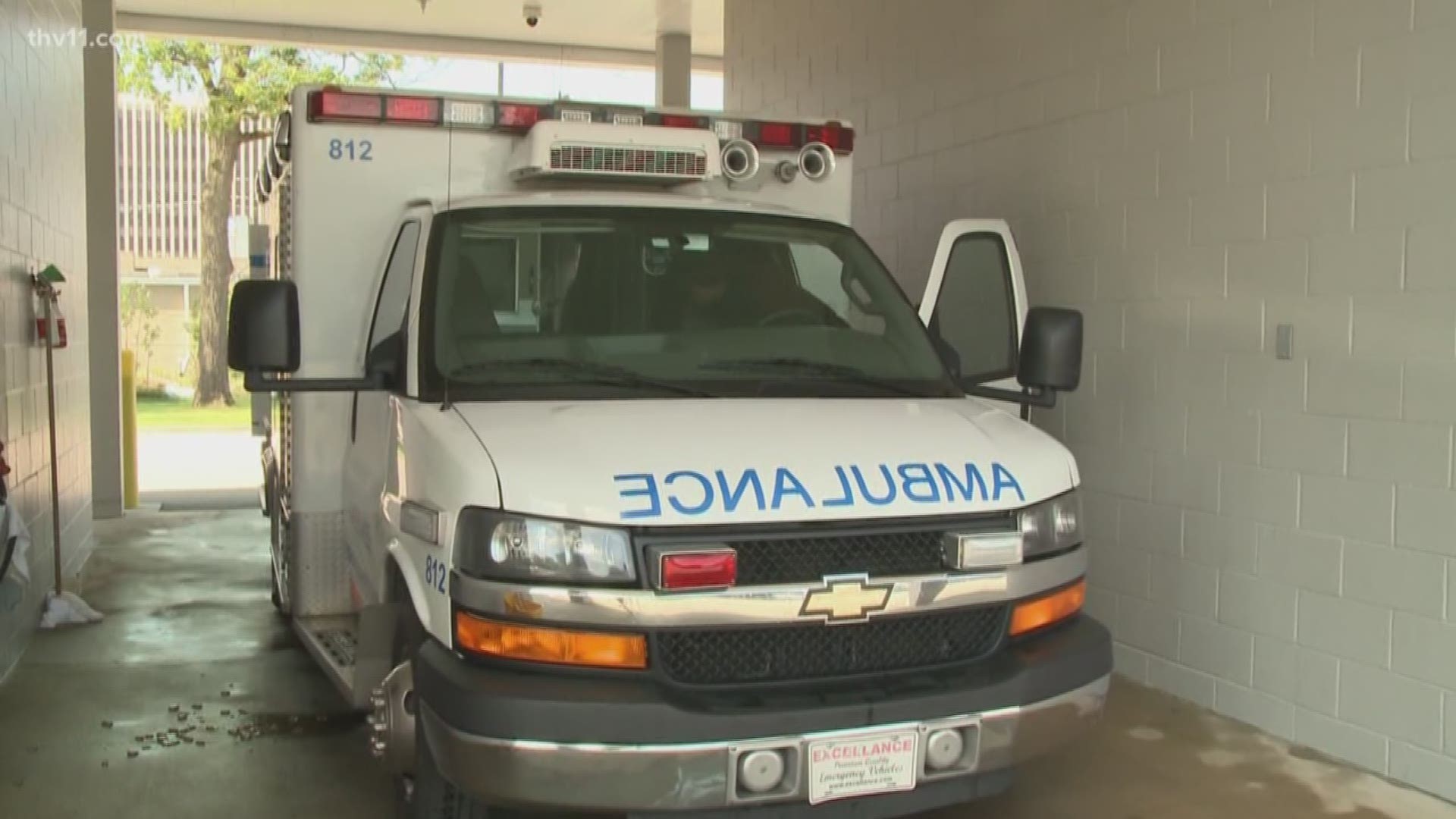 With a heat index of over 100 degrees in Arkansas over the next few days, it is important you stay cool to avoid tragic consequences.

When it feels like it is over 100 degrees, it can be difficult to work outside.

"People need to realize that if you're not from Arkansas, you're not acclimated to the humidity, then it really can affect you,” Mack Hutchinson said.

Mack Hutchinson is a quality manager for MEMS. He said since July 1, paramedics have responded to 51 heat exhaustion calls. At least one of those calls resulted in the death of an outside worker.

"Be more cautious if you're coming out here to work. Especially if you're a construction worker,” Hutchinson said.

But paramedics themselves, also have to watch out in this heat. MEMS paramedic Todd Teague said paramedics passing out on the job happens all the time.

"Believe it or not, we run quite a bit of calls on Pinnacle Mountain this time of year and it happens so often, we will normally send more than one truck in case we have our own medics that have health issues,” Teague said.

Paramedics have to wear 10 to 15 pound bullet proof vests while on the job, which can get hot pretty quickly. So, inside their trucks they have special equipment to stick inside their vests to cool off.

"This time of year, when fire crews go out on house fires or brush fires, we do a rehab where we literally just stand by to help these guys stay hydrated and cooled down,” Teague said.

Ambulances are also constantly packed with coolers of ice.

RELATED: Days with 'feels like' temps of 100 degrees could double in coming decades: study

"If you know you're going to be working in the garden all day, or you're a construction worker and you'll be in the heat all day. Plan ahead. Drink lots of water before,” Hutchinson said.

Signs of heat exhaustion include feeling dizzy, weak, or crampy. If this happens to you or someone you know, take a cold water bottle or compress and put in on your neck or underarms to avoid passing out.