How to watch the partial lunar eclipse in Arkansas

Friday morning's eclipse is set to be the longest in quite some time. We'd have to go back to 1440 before we saw one that will last this long. 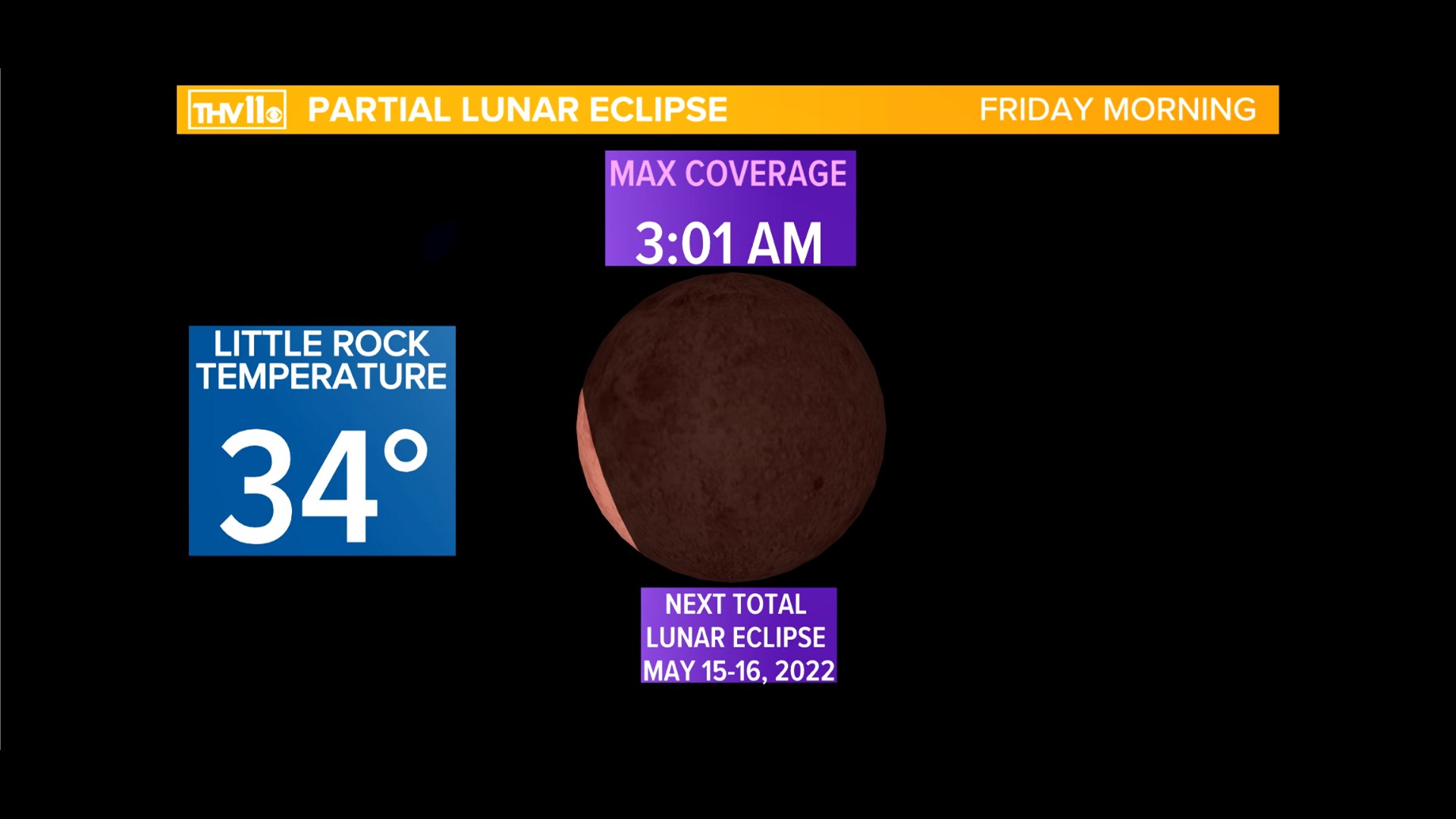 ARKANSAS, USA — A partial lunar eclipse, that is set to be the longest one this century, will be visible during the early hours Friday morning. This means it's time to mark your calendars, set your alarms, and prep your cameras.

But, what exactly is a partial lunar eclipse? The phenomenon takes place as the Earth moves between the moon and sun, with the planet casting a shadow that darkens the moon as it eclipses.

So that begs the question, what time can Arkansans watch the lunar eclipse?

Here's a timeline that breaks down the events on Friday, Nov. 19.

1:18 a.m. –  Start of the partial eclipse, as the umbra, which is the inner most part of the Earth's shadow, begins darkening the moon's face.

3:02 a.m. –  Maximum eclipse point is reached as the moon sees greatest obscuration at 99%, leading to a blood red color as a result of the Earth's shadow.

6:03 a.m. –  The penumbral eclipse will come to an end as the moon leaves the Earth's penumbra.

Friday morning's lunar eclipse is extremely close to a full lunar eclipse as it will darken 99% of the moon  The eclipse itself is set to last for a total of 6 hours and 2 minutes.

Friday morning's eclipse is set to be the longest in quite some time. We'd have to go back to 1440 before we saw one that will last this long, which means you don't want to miss it. 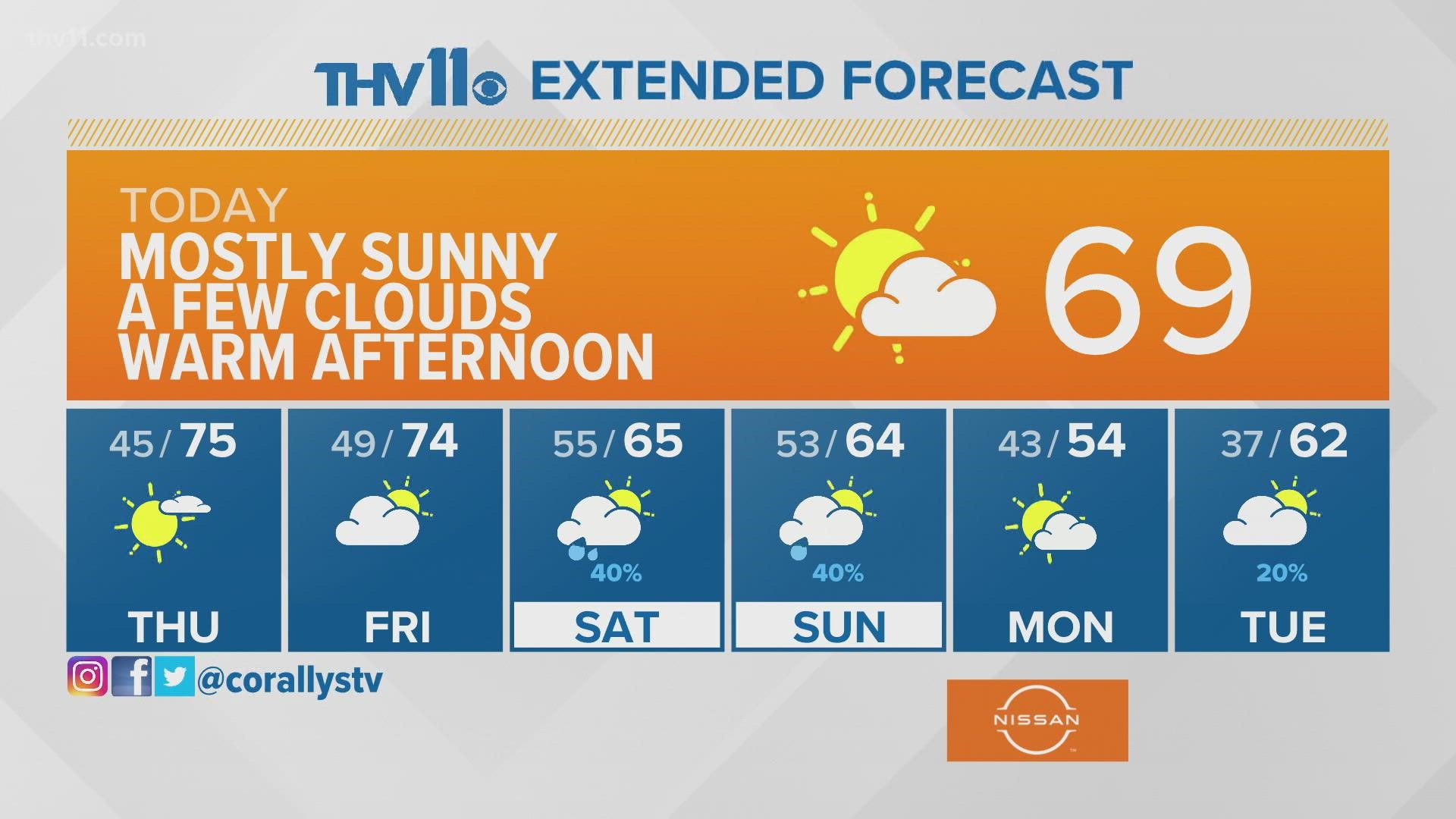