What are those rainbow-like features we see in the sky?

Looking up to the sky, would you be able to differentiate types of clouds or features? Here's what science says. 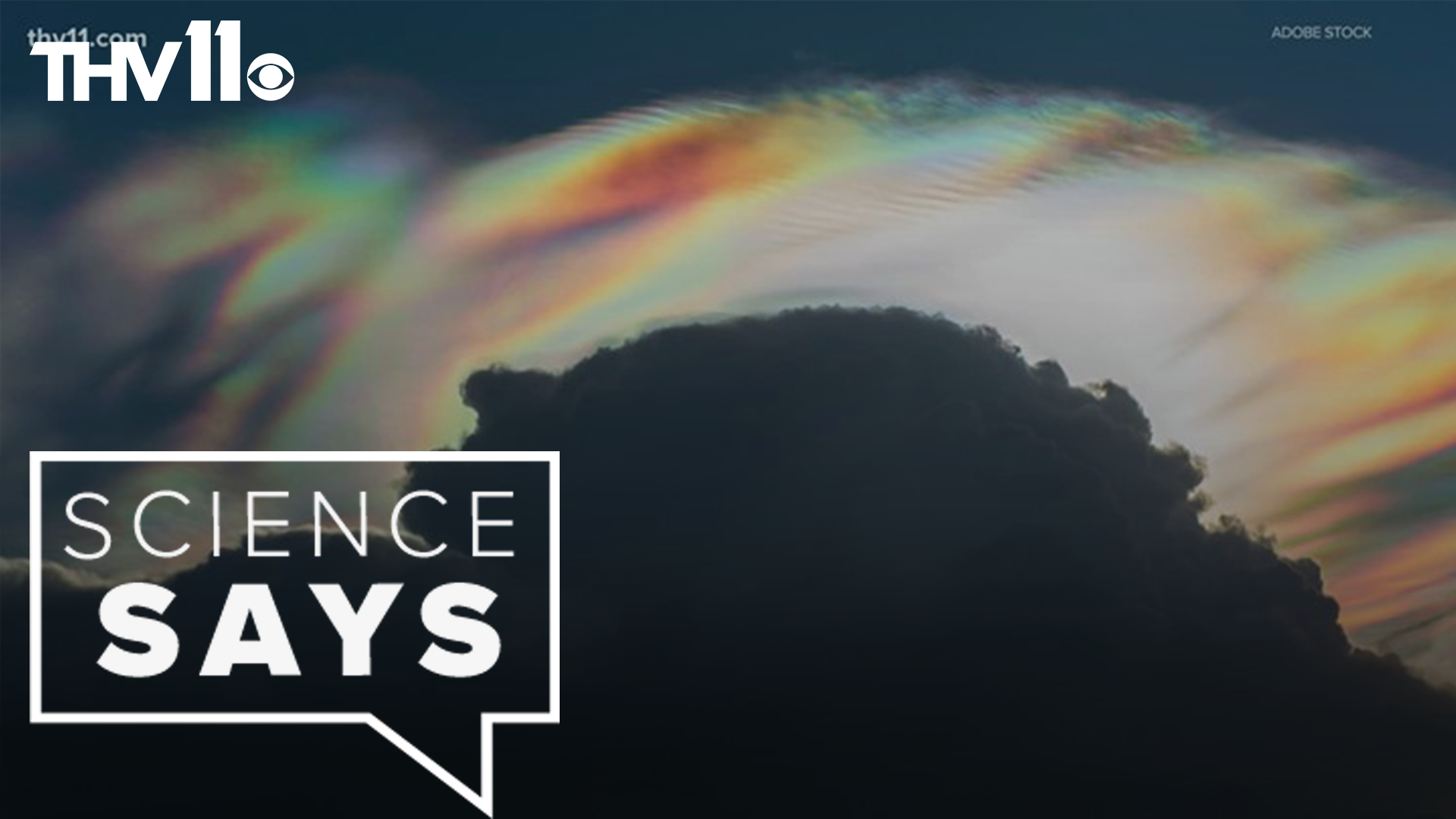 LITTLE ROCK, Ark. — Looking up to the sky, would you be able to differentiate types of clouds or features?

We’re all familiar with rainbows and how they look, but sometimes we’ll see types of optical phenomenon that’ll give off rainbow-like colors.

According to the World Meteorological Organization, a photometer is “an optical phenomenon produced by the reflection, refraction, diffraction or interference of light from the sun or the moon.

Cloud iridescence falls under this category.

These types of clouds form from tiny ice crystals or water droplets, which can cause light to be diffracted. They occur within altocumulus, cirrocumulus, lenticular clouds and sometimes cirrus clouds, looking like random patches or bands.

When the light spreads, it causes an oil-slick type of effect and not in an organized pattern like a rainbow. You can best see them when the feature is positioned near the sun with the sun hiding behind an object in the foreground like a building or tree.

One way to differentiate them is by their shape and position. Their colors are more organized in order like a rainbow and occur when the sun is high in the sky, about 58° above the horizon.

There’s a similar looking rainbow feature called the circumzenithal arc, which looks like an upside-down rainbow. This arc is centered on the zenith or highest point in the sky and found at least 46° above the sun.

Ever heard of sun dogs? According to the National Weather Service, these features look like a pair of colored patches within a halo when the sun is lower in the horizon. They are located 22° to the left and/or right of the sun.

Some of these features are more rare than others due to latitude, and can be difficult to tell apart even for some experts, but they are nice to look at.