Flooding, strong winds and confirmed tornadoes touched down across central and northeast Arkansas on Thursday afternoon.

"I saw some debris flying— the first thing that popped into my mind was that it was a little whirlwind."

But William Cates' opinion quickly changed as he watched this scene unfold out the office window at USA Self Storage.

Surveillance video captured just after 12:40 at the business on Interstate 30 near Scott Hamilton shows the sheer force of a possible microburst Thursday.

The wind overturned three big rigs at Diesel Driving Academy on I-30 and Baseline. Uprooted trees and downed power lines are also left behind. 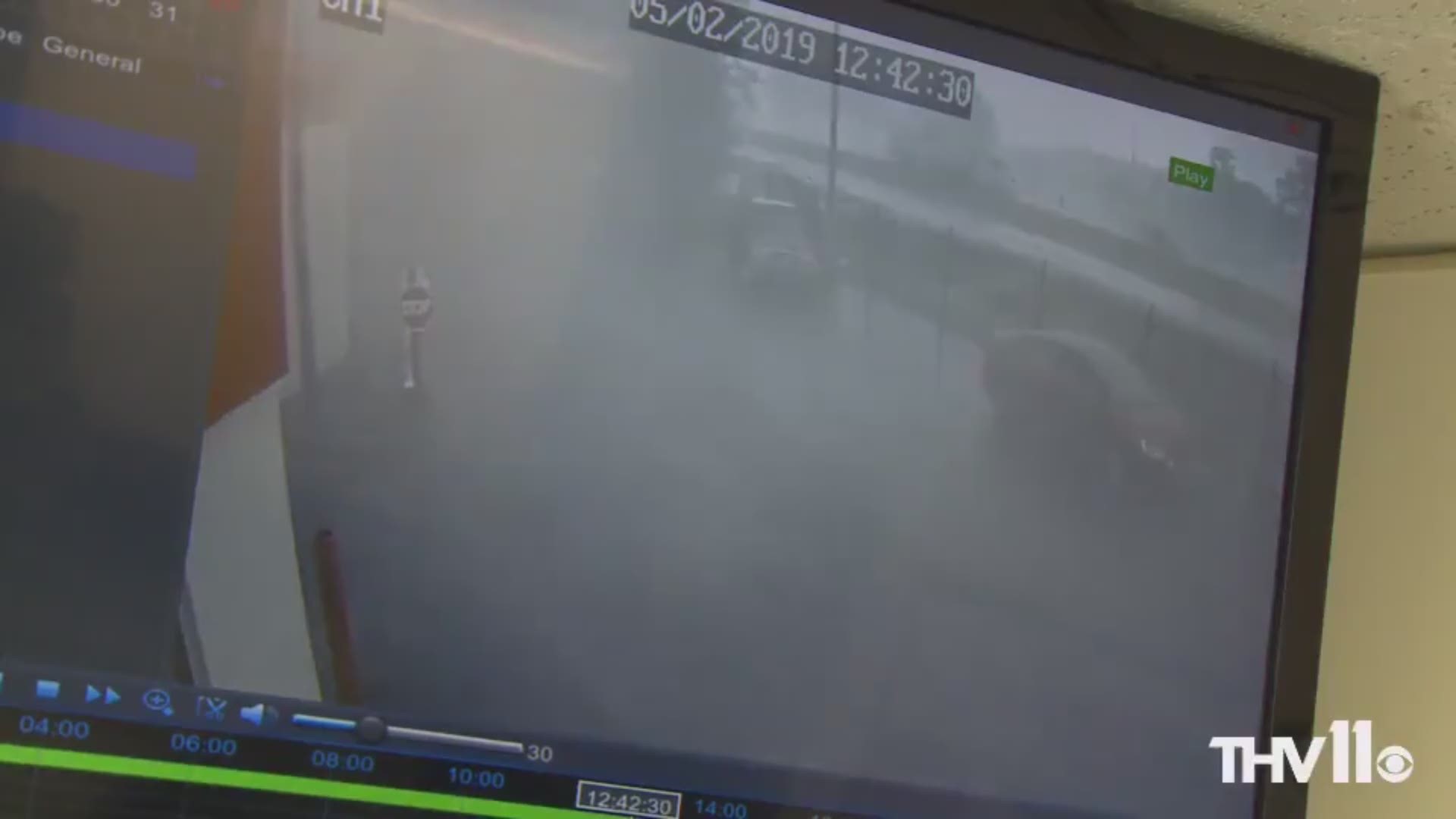 In Vilonia, it hasn't even been a week since the fifth anniversary of that dreadful day when the EF-4 ravaged the community, killing 16 people.

As anyone can imagine, the storms brought many of those memories back for parents.

"Being from Vilonia going through it was just scary that I was not with her."

But Jay Walker who has a daughter in the 8th grade says he felt some comfort knowing she had somewhere to take shelter.

"I felt so much safer because she was safer. I don't have a safe room in my house so she was safer than she would have been at my house."

RELATED: 'Everything was gone': How Vilonia and Mayflower recovered after devastating 2014 tornado

In Cato, roughly 20 miles south of Vilonia, Volunteer Fire Chief Charles and Tammy Salts are counting their blessings after a possible tornado struck near their home on Thursday afternoon.

Tammy said her daughter was home alone when the storm hit and a tree hit the edge of the home. Thankfully, she is okay.

"It's a devastating thing but its even more devastating when it's your own house. But I'm thankful the house is still here and no lives were lost,” Tammy said.

Kenny Thomas says the storm also caused a tree to topple over onto another home down the block. That homeowner also made it out alive.

The entire community of Cato spent the rest of Thursday cleaning up debris from neighbors homes.

"Thank all the people that came out and helped get all the trees off the house. They don't know how much it means to us,” Tammy said.