While most of Monday will be dry, thunderstorms will develop in Oklahoma during the evening and move eastward into the Natural State. 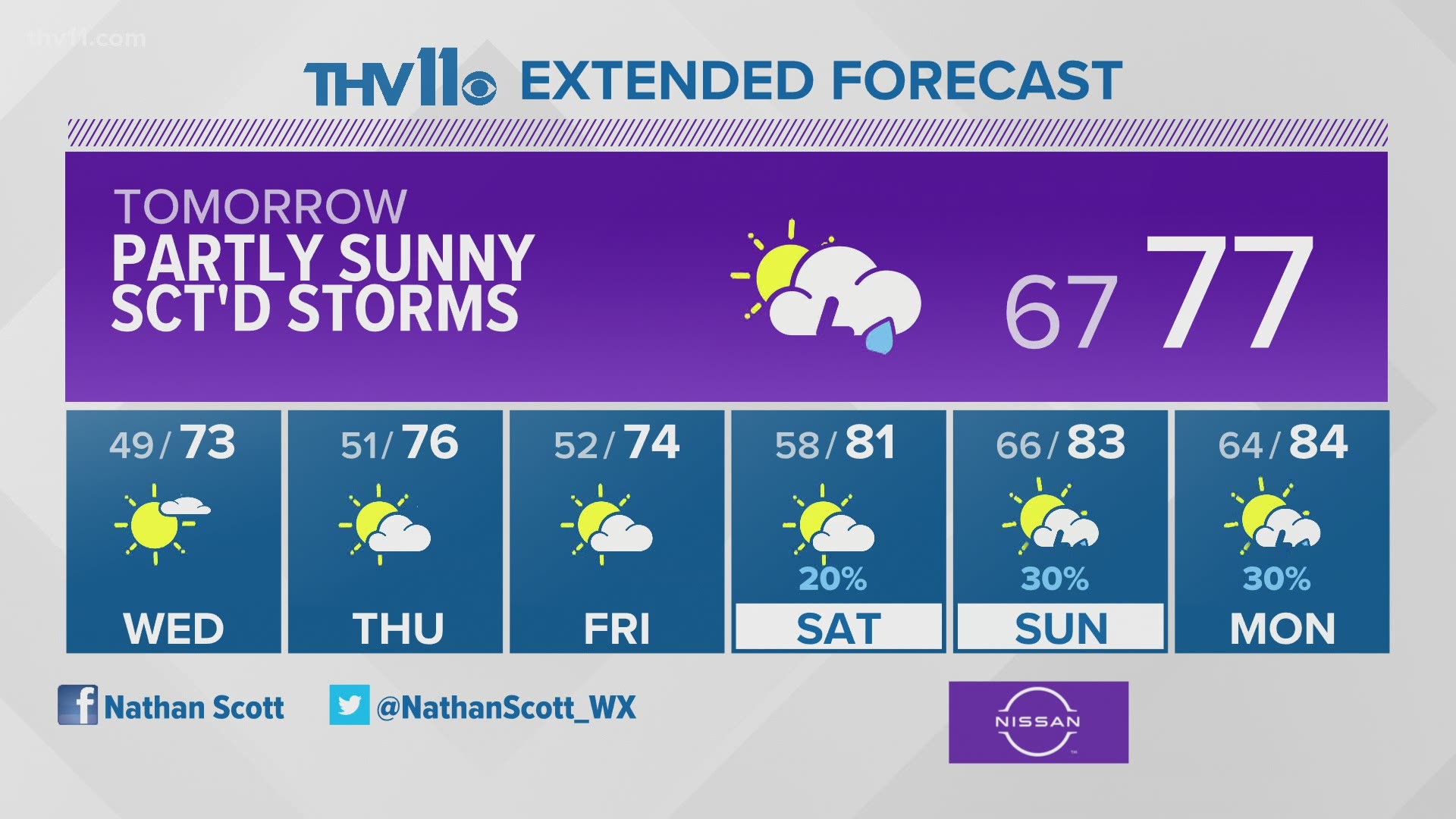 LITTLE ROCK, Ark. — Monday will be an unseasonably warm and humid day.

High temperatures will top out in the upper 80s, but with increasing humidity, we’ll see heat index values in the low 90s by the afternoon.

While most of Monday will be dry, thunderstorms will develop in Oklahoma during the evening and move eastward into the Natural State.

There is a medium risk of severe weather for northwest, west, and north central Arkansas.

Included in the medium risk are Fayetteville, Fort Smith, Russellville, Clinton, and Batesville. To the south is a low risk, which does include the Little Rock metro.

The most likely hazard associated with this storm system will be damaging winds, followed by large hail. There is a low-end tornado potential, though it appears less likely.

Storms will initiate in east Oklahoma Monday evening as early as 7 p.m., impacting portions of northwest Arkansas between 7 and 11 p.m. and tracking eastward.

Initially, storms will be isolated in nature. This is when we’ll see the highest tornadic potential.

Eventually, the storms will become linear, resulting in a greater potential for damaging winds in excess of 60 mph.

The latest model guidance suggests storms to move through central and north central Arkansas between midnight and 3 a.m.