Kenny and Jerilyn Wasson created the One Heart Playground in honor of their daughter, Emma. 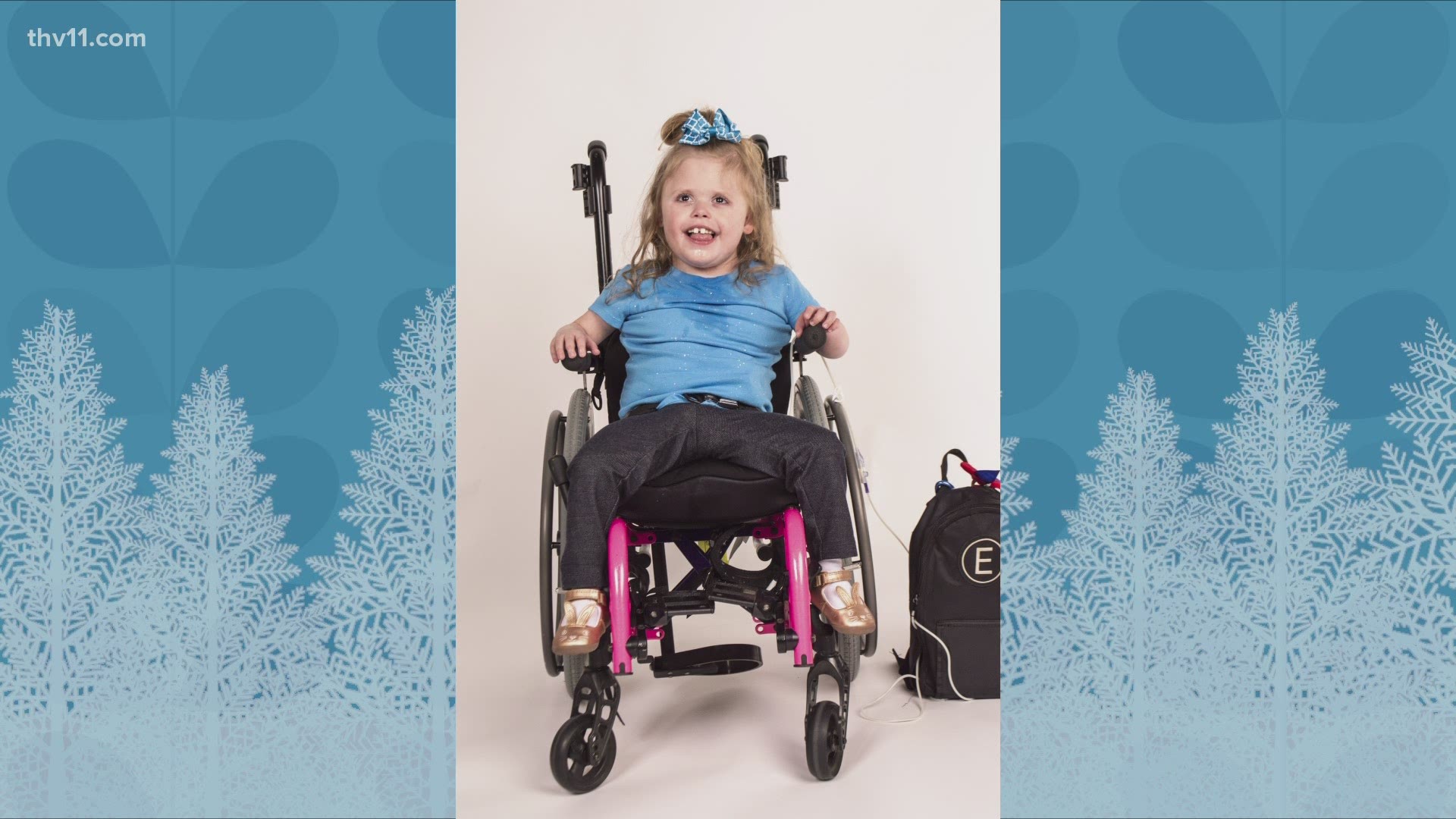 LITTLE ROCK, Ark. — When Emma was born in August 2012, she was rushed to Arkansas Children’s Hospital and was diagnosed with two congenital heart defects and a genetic disorder called Turner Syndrome. The combination of those disorders had never been seen in anyone alive before.

“We felt like Arkansas Children’s Hospital was like family to us,” says Jerilyn Wasson. “We spent most of Emma’s first two years in the hospital, so we became really close to the doctors and nurses.”

Arkansas Children’s goes above and beyond to help spread joy to children, including their annual Festival of Stars Toy Drive.

Christmas has always felt like an important time for the Wasson’s. Emma was in critical condition, but on Christmas Eve her body stopped draining nutrients and she was given a second chance.

“We were impacted by Arkansas Children’s Hospital saving our daughter’s heart and life, and we wanted to help other families have a place that they could experience play,” says Jerilyn.

“When you are thinking about giving, just know that amount will keep growing," says Jerilyn.

Make a monetary donation and learn more about the Festival of Stars Toy Drive here.