Arkansas Reverend Stuart Hoke was working near the World Trade Center at Trinity Church the day of the attacks nearly 20 years ago. 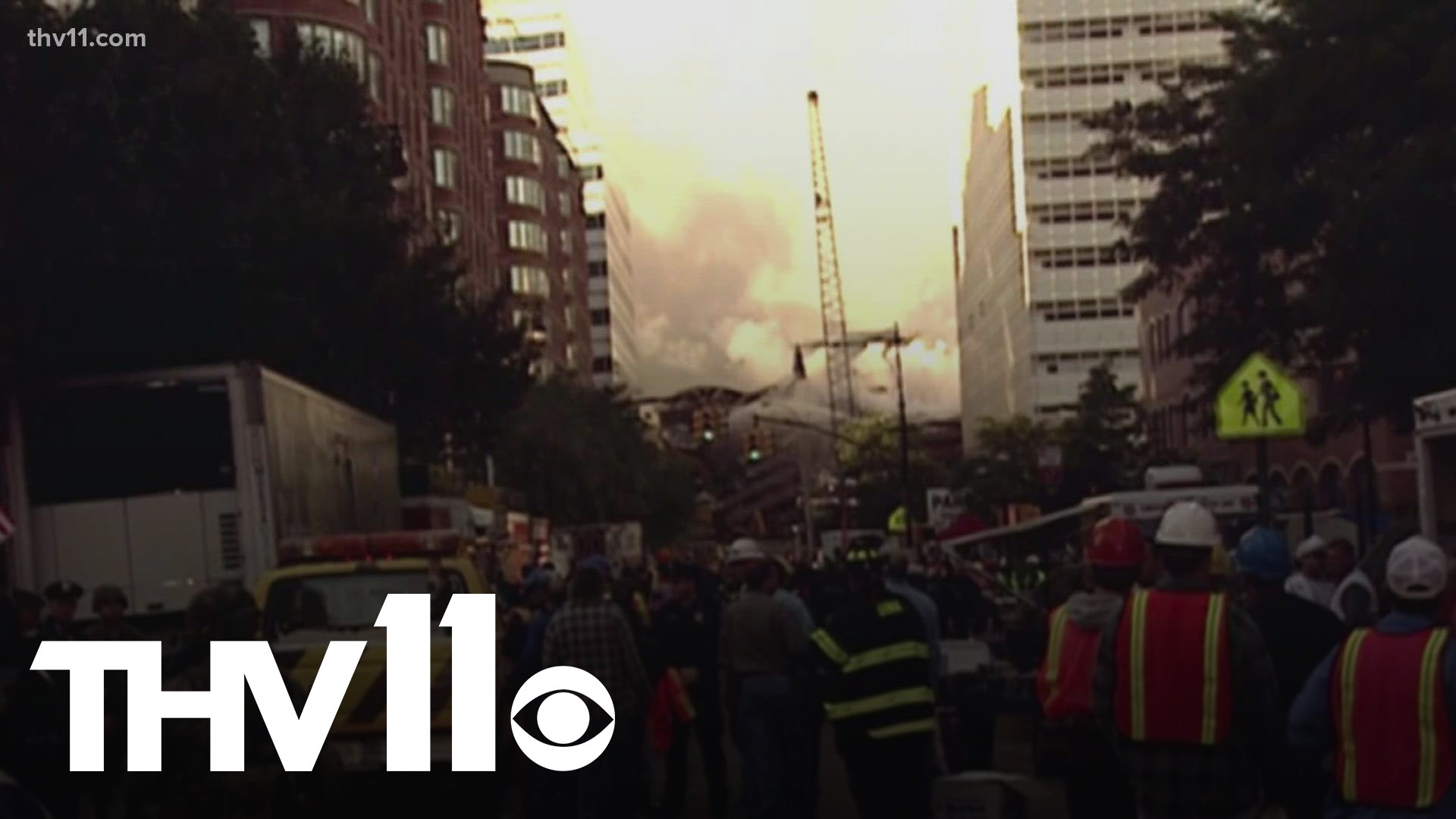 LITTLE ROCK, Ark — This week marks 20 years since the September 11 terror attacks on the World Trade Center. Ceremonies honoring the victims are set to take place in New York City, Shanksville, Pennsylvania, and the Pentagon.

The impact of that day is felt across America every day. For one Arkansan who is a survivor, it's important to continue talking about it.

Reverend Stuart Hoke was working near the World Trade Center at Trinity Church the day of the attacks.

He recounted his story to the Little Rock Rotary Club at the Clinton Presidential Library on Tuesday afternoon.

"The north tower was 75 yards from where we were standing when it pancaked," Rev. Hoke said to the crowd before imitating the loud crashing the tower made as it fell.

"102 floors and that huge dustball of smoke at 286 miles an hour began knocking out the clear stories atop beautiful Trinity Church."

He said when he first heard the impact of American Airlines Flight 11 into the north tower, he, like so many others in New York City that day, went outside and looked up.

When debris began falling, Hoke said a friend broke through the crowd and grabbed him, wanting to get away from the path of destruction. That was the moment it dawned on Hoke that he was in danger.

The bright blue sky that morning was darkened with smoke.

People were running down the streets when Hoke ran back towards the church.

"The organist and I ran in and did a spontaneous service of singing hymns, reading scriptures, and saying prayers to a congregation of very very frightened people," said Hoke.

Most weren't looking for worship, but running for their lives, searching for safety.

The north tower collapsed and first responders urged people in and around the church to get out.

Hoke said that's when the organist told him it was time to leave.

"We crossed the pedestrian bridge, went back to our church building where we had 150 day school students in the basement ranging from six months old all the way to five [years old]," said Hoke.

They were on their way to a Staten Island ferry when the south tower collapsed, covering Hoke in dust along with everyone trying to escape the area around ground zero before they reached the ferry.

He hadn't known what had happened the first night. The notion of him being a survivor of a terrorist attack didn't hit him then, but it stays with him now.

"I think the body has memories. Not necessarily the mind. At this time of year, I always feel very vulnerable," said Hoke.

The reverend even suffered from a form of cancer he said stemmed from the aftermath of that day, another tragedy he lived through.

He feels his job as a reverend is aligned with his experience.

The best form of therapy for him has been sharing his story.

"I feel like part of my mission is to tell this story over and over again. I don't want anyone ever to forget this, but not only the disaster but the goodness that came out of that. I mean, I've never seen service like I saw that day," said Hoke.