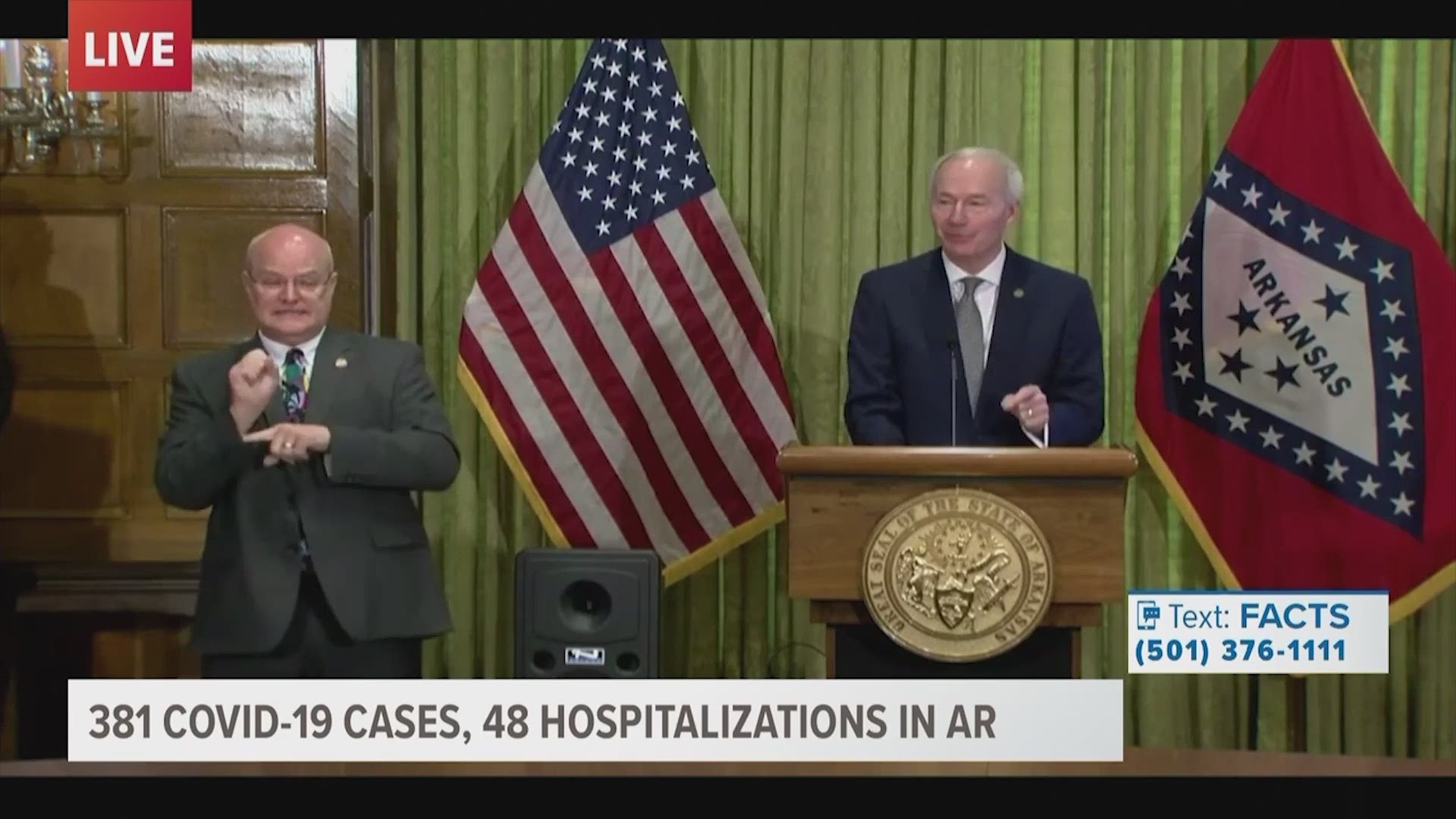 LITTLE ROCK, Ark. — During a press conference Friday, Governor Asa Hutchinson said that current modeling of the coronavirus pandemic in Arkansas shows that the state could reach 3,500 positive cases in April.

Hutchinson said by the first week of April there could be 2,000 cases in the state and by the second week of April it could rise to 3,500 cases.

As of Saturday, there are only 404 positive COVID-19 cases in Arkansas and three reported deaths.

Dr. Nate Smith with the Arkansas Department of Health said although the modeling shows exponential growth, the further out you try to project with these models the less accurate they become.

That's why state officials are only focusing on the next few weeks, Smith said.

He said the state's goal is to try balancing beating that model and reducing the number of cases, but to also plan for the worst case scenarios.

"My hope is that we can beat it," he said. "My job is also to anticipate the worst case scenario and that's what we've tried to outline."