Arkansas 'not prepared' to move to Phase 2 of reopening, governor says

The governor said Arkansas still has a lot of work to do, so Phase 2 of reopening the state will be delayed. 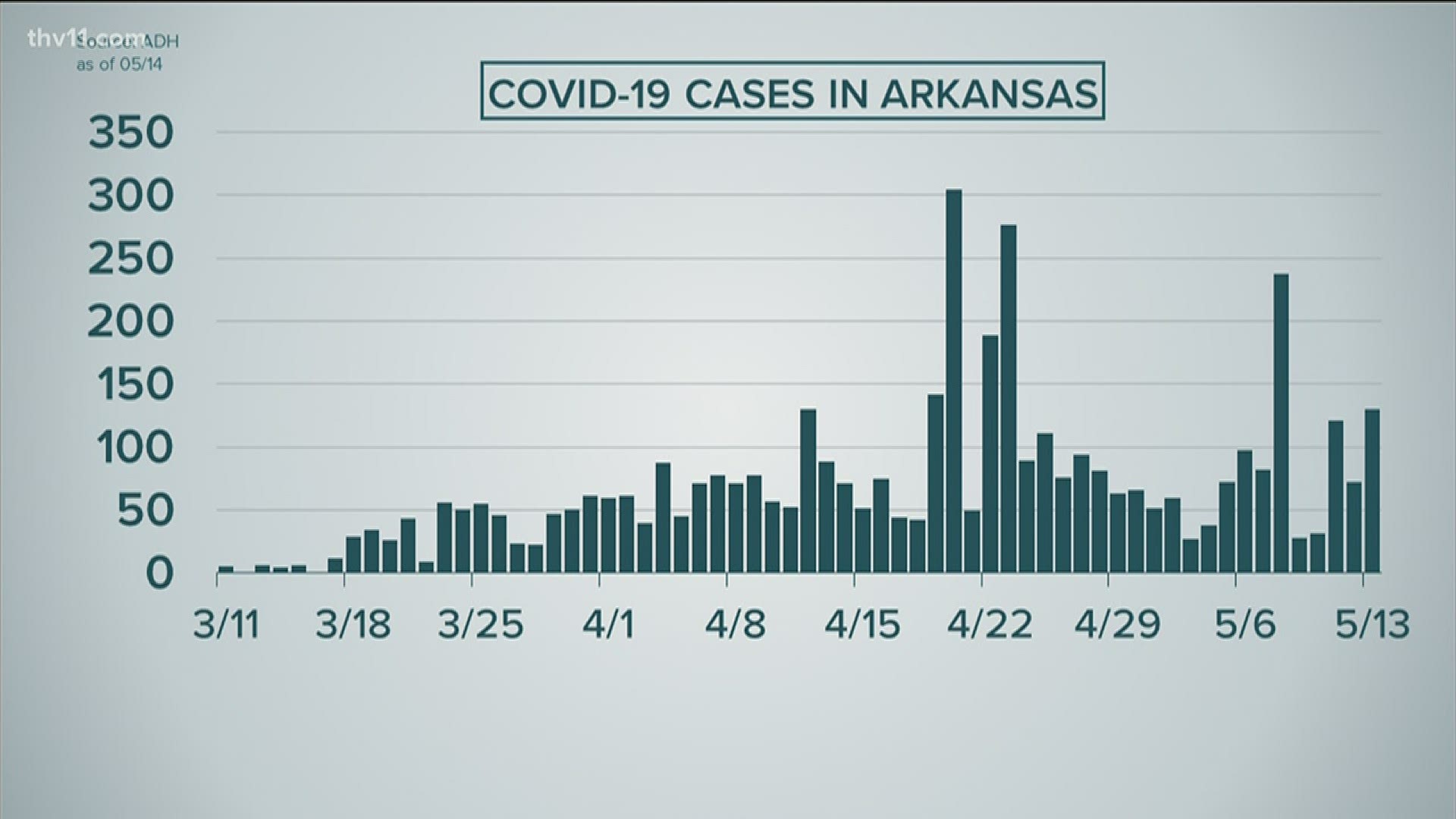 ARKANSAS, USA — In a press conference on May 14, Governor Asa Hutchinson announced Arkansas is not ready to enter Phase 2 of reopening the state at this point.

The governor said Arkansas still has a lot of work to do, so no one should assume the state will be ready to reopen in 14 days.

"We want to have a few more days still to see if the last two days just simply reflect one of those upticks that we start going back in the trend in the right direction, or whether this is a pattern that we need to watch more," Hutchinson said.

Hutchinson said this is not encouraging for a quick movement into Phase 2, but they will be evaluating all of the data in order to make that decision in the future.