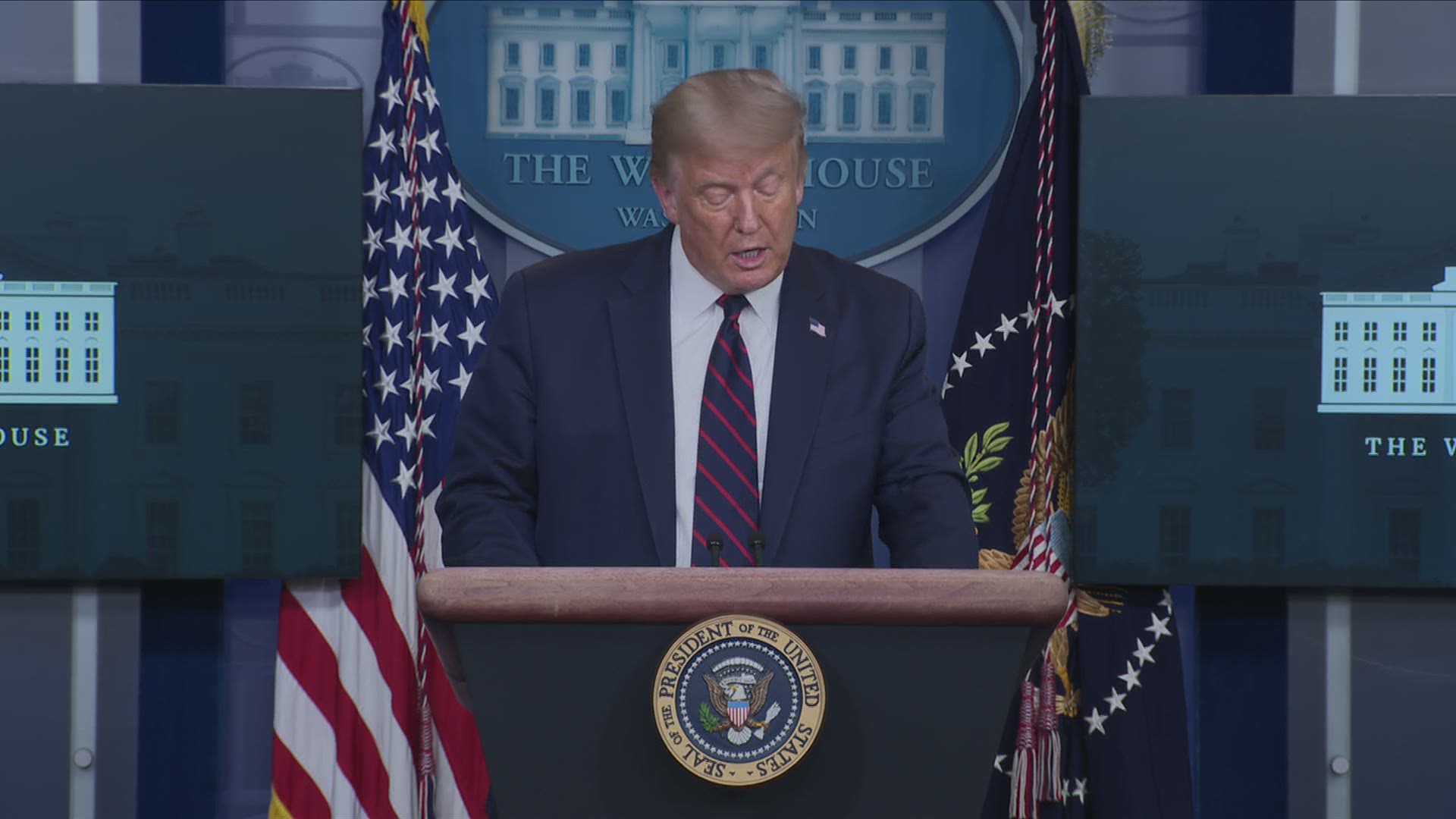 Standing alone in front of reporters, the president reiterated how an increase in telehealth access in rural areas and clinical trials for COVID-19 therapeutics is a good sign for the country.

As the crisis has spread to all reaches of the country, with escalating deaths and little sense of an endgame, a chasm has grown between the president and the experts who used to join him at the podium during these briefings. The result has been a daily delivery of a mixed message to the public at a moment when coherence is most needed.

The U.S. is approaching 5 million confirmed cases of the coronavirus, far outpacing other countries. On average, the number of COVID-19 deaths per day in the U.S. over the past two weeks has gone from about 780 to 1,056, according to an Associated Press analysis.

The overall talks are going slowly, though urgency is growing among Senate Republicans, several of whom face tough election races and are eager to deliver a bill before heading home to campaign this month.

Multiple obstacles remain, including an impasse on extending a $600-per-week pandemic jobless benefit, funding for the U.S. Postal Service and aid to renters facing eviction. Democratic negotiators spoke of progress after meeting with administration officials on Monday but Republicans remain privately pessimistic. The two sides are expected to resume talks again Tuesday afternoon.

RELATED: CDC warns doctors, parents to be on lookout for rare polio-like disease in children

Neither side has budged from their positions, with Democrats demanding an extension of the $600-per-week supplemental unemployment benefit that's credited with propping up the economy. Republicans have yet to offer any aid to states to prevent furloughs, layoffs and cuts to services. Both will have to compromise before a deal can be agreed to.