The White House coronavirus task force is holding its first public briefing in nearly 2 months. It comes as new virus cases in the US hit an all-time high. 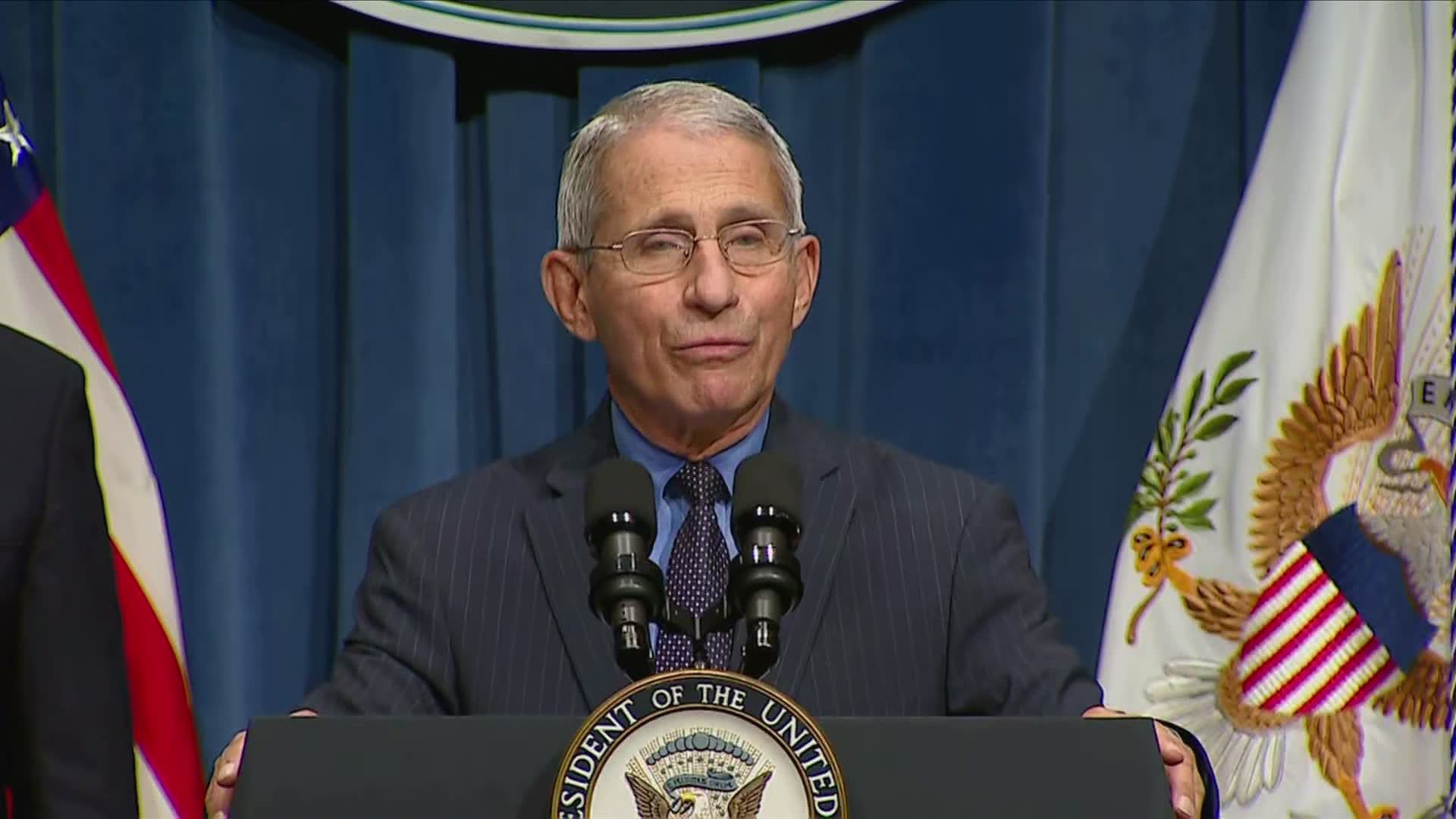 The briefing came as the number of confirmed new coronavirus cases per day in the U.S. hit an all-time high of 40,000, eclipsing the mark set during the deadliest stretch in late April.

Friday's briefing was held at the Department of Health and Human Services, instead of the White House, led by Vice President Mike Pence. President Donald Trump did not take part.

Pence said 34 states are seeing a "measure of stability" but 16 states are seeing rising cases and rising percentages. The vice president announced that he would be visiting Texas, Arizona and Florida in the coming days to get an update in-person.

Pence also gave assurances that “this moment in the coronavirus pandemic is different than what we saw two months ago.” He said that among other things, the U.S. has more supplies on hand now, with no requests from hard-hit states for equipment such as ventilators and protective gear.

On Friday morning, the governor of Texas ordered the closing of all bars again and scaled back restaurant dining Friday in the biggest retreat yet amid a surge of cases across the South and West. Florida followed suit, announcing it's immediately suspending drinking alcohol at bars.

The vice president said during Friday's briefing that they're seeing many more young people, under the age of 35, who are testing positive for coronavirus now, which he described as "encouraging news." He encouraged Americans to continue washing hands, practice social distancing and to follow local mandates on wearing masks.

The nation's top infectious disease expert, Dr. Anthony Fauci, stressed that chances are if you are infected with COVID-19 you're going to infect someone else, even if you feel alright.

"If we want to end this outbreak, really end it and then hopefully when a vaccine comes and puts the nail in the coffin, we've got to realize that we are part of the process," Fauci explained. "We can either be part of the solution or part of the problem."

The average number of new cases per day has risen about 60 percent over the past two weeks, according to an Associated Press analysis.

RELATED: US health officials believe 20 million Americans have had coronavirus

RELATED: Who would be the first to get a COVID-19 vaccine?

Deaths from the coronavirus in the U.S. are down to around 600 per day, compared with about 2,200 in mid-April. Despite the rise in cases, some experts have expressed doubt that deaths will return to that level, because of advances in treatment and prevention and also because a large share of the new infections are in younger adults, who are more likely than older ones to survive.

The virus is blamed for 124,000 deaths in the U.S. and 2.4 million confirmed infections nationwide, by Johns Hopkins' count. But U.S. health officials said the true number of Americans infected is about 20 million, or almost 10 times higher.

Worldwide, the virus has claimed close to a half-million lives, according to Johns Hopkins.

In a sign of the reversal of fortune among states, New York said it is asking Arizona, Texas and Florida whether they need any medical equipment, personnel, technical advice or other help. Various states and thousands of out-of-state health care workers helped New York when it was in the throes of the deadliest outbreak in the nation this spring.

“We will never forget that graciousness, and we will repay it any way we can,” Gov. Andrew Cuomo said.

In addition to closing bars again, Abbott scaled back restaurant capacity and shut down rafting operations and said any outdoor gatherings of more than 100 people will need approval from the local government. The move came as the number of patients at Texas hospitals statewide more than doubled in two weeks.

Florida Gov. Ron DeSantis has pursued a phased approach to lifting restrictions, doing things more slowly than a task force recommended, but has allowed theme parks to reopen, encouraged professional sports to come to Florida and pushed for the GOP convention to be held in the Sunshine State.

On Thursday, Arizona put on hold any further efforts to reopen the economy, with Republican Gov. Doug Ducey saying the numbers “continue to go in the wrong direction." Arizona reported over 3,000 additional infections Thursday, the fourth day in a week with an increase over that mark.

Elsewhere around the world, China moved closer to containing a fresh outbreak in Beijing. Another record daily increase in India pushed the caseload in the world's second most populous nation toward half a million. And other countries with big populations like Indonesia, Pakistan and Mexico grappled with large numbers of infections and strained health care systems.

South Africa, which accounts for about half of the infections on the African continent with over 118,000, reported a record of nearly 6,600 new cases after loosening what had been one of the world’s strictest lockdowns earlier this month.

Smith reported from Providencd, Rhode Island; D'Emelio reported from Rome. Associated Press journalists around the world contributed to this report.