A bad valve used to be looked at as a death sentence, but thanks to a relatively new and minimally invasive procedure patients are living longer than ever before. 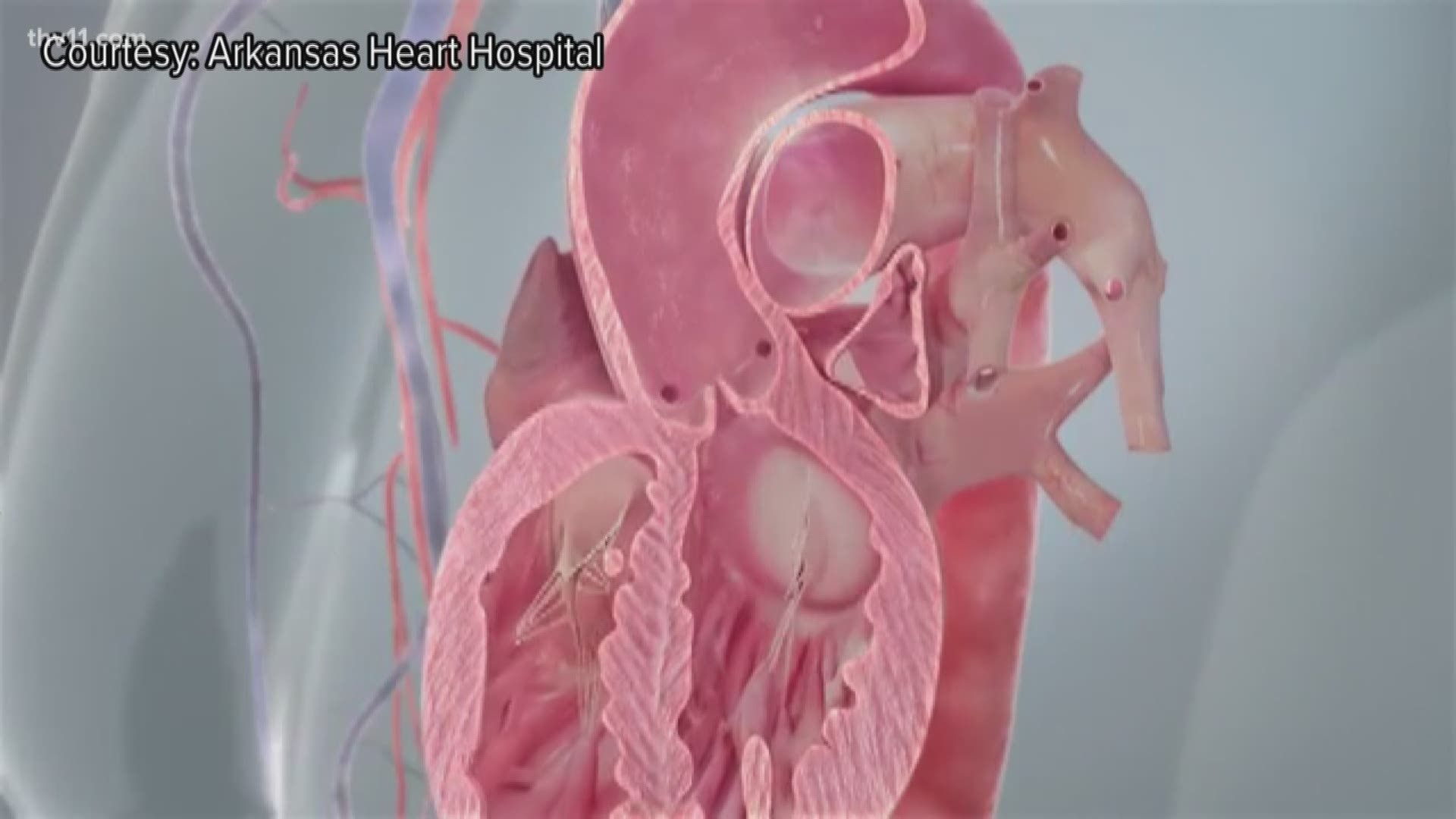 LITTLE ROCK, Ark — Imagine being diagnosed with a life threatening heart disease and the only option is open heart surgery or death.

A bad valve used to be looked at as a death sentence, but thanks to a relatively new and minimally invasive procedure patients are living longer than ever before.

At 79-years-old Jim Vickery has one thing on his mind -- his golf game.

“I used to like to play golf, but I’ve had to put that on the back burner for a while,” said Jim Vickery of Hot Springs.

His love for golf has been put on hold while he focuses on his health.

“I wrack up the surgeries,” Vickery said.

Vickery has had nearly 15 surgeries including a quadruple bypass, However his most recent at Arkansas Heart Hospital in Little Rock required barely any recovery time at all.

“I didn’t even feel a thing. I had no feeling whatsoever, Vickery said.

In January 2019, Vickery was diagnosed with aortic stenosis, the narrowing of the aortic valve, which can cause symptoms like shortness of breath and trouble walking. He needed a new heart valve, but open heart surgery was risky. His doctor recommended a relatively new procedure called the TAVR, or Transcatheter Aortic Valve Replacement.

In 2011, Arkansas Heart Hospital became the first hospital in the state to use the TAVR approach, which delivers a new valve through a catheter and into the heart.

“The procedure usually takes about an hour. We watch the patients overnight. They will walk that same day and they will go home the following day,” Dr. Paixao said.

Dr. Paixao said the procedure has been shown to drastically improve the quality of life for patients with high to moderate risk by adding years onto their life.

Four months later, Vickery said he is getting better each day and ready to hit the links with a healthy heart.

“When that day comes I’ll be a happy camper,” said Vickery.

Currently, the TAVR is only performed on older patients at a high or moderate risk for surgery. However there is a possibility it could one day take the place of open heart surgery all together.