Younger people dying from drug overdoses is the leading reason for dragging down overall life expectancy in the United States. 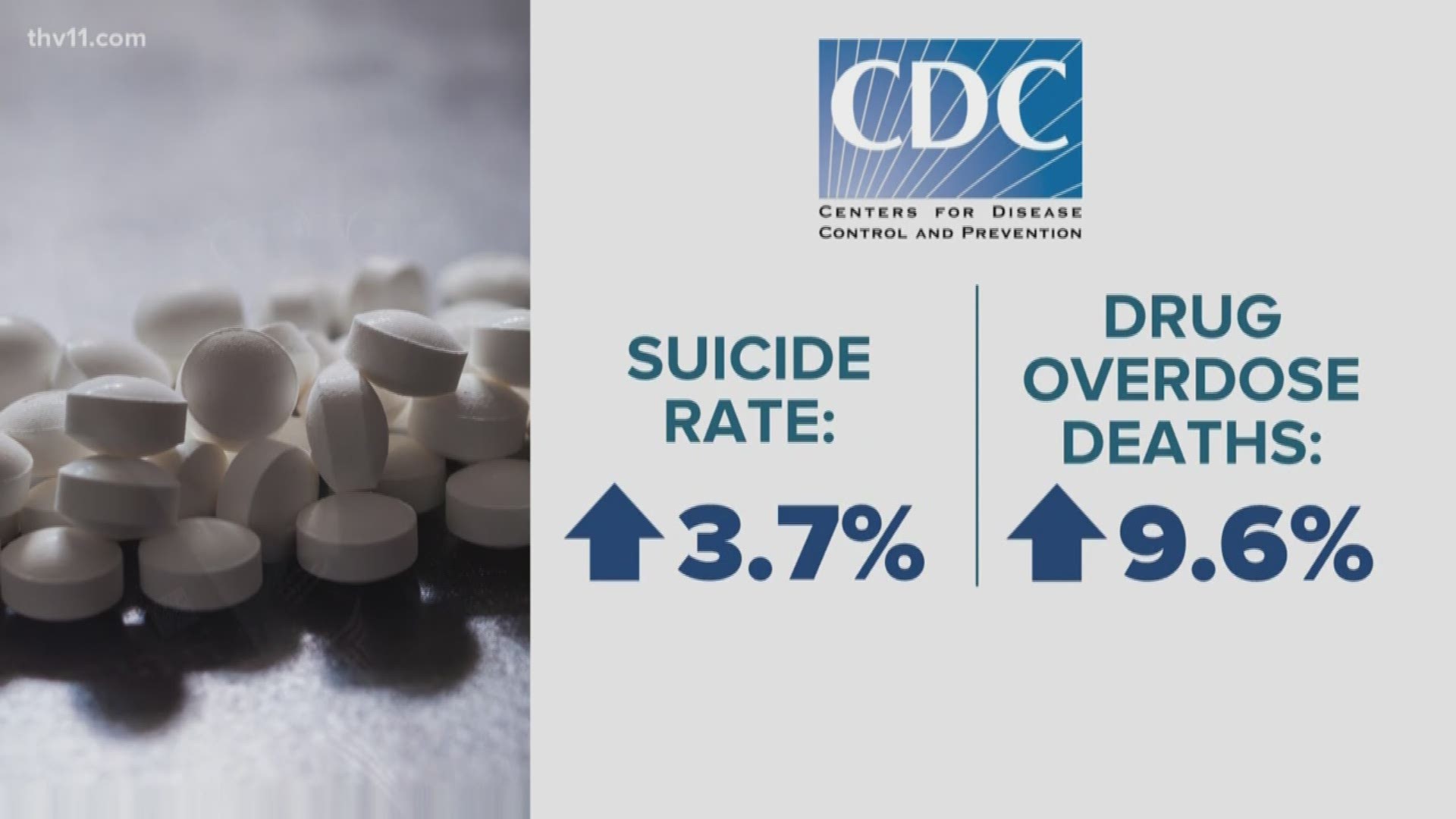 LITTLE ROCK, Ark. (KTHV) - The continuing effort to save a generation from opioid addiction got some sobering data back this week, with numbers from the government and researchers indicating the crisis is still cutting too many lives short.

That fact became evident when the Centers for Disease Control said that once again, the average American is not living as long as we did a few years ago. Younger people dying from drug overdoses is the leading reason for dragging down overall life expectancy in the United States.

Other numbers indicate Arkansas is also falling behind its neighbors.

“We're lagging. We should be lower than we are,” said Kirk Lane, the state drug director responding to the latest state-by-state numbers and the life expectancy announcement. “What's shocking is that in the last two or three years we're seeing that reduction from 78.9 percent now to 78.6 percent.”

The CDC said more people are taking their own lives, with the suicide rate up 3.7 percent over last year. Drug overdose deaths are up 9.6 percent.

Worse yet, those two things often go hand in hand.

“Addiction or dependency to drugs a lot of times leads people into helplessness and hopelessness,” Lane said.

Other worrisome data points include the continued volume of pain pills being sold in Arkansas. The state is fifth in the country with 37.9 kg worth of medications sold per 100,000 people. Neighboring Tennessee and Oklahoma are tops and third on the list, respectively.

Arkansas is also one of only three states where opioid prescriptions have increased compared to 2000. Most of the country is writing fewer prescriptions, especially after awareness of the epidemic became apparent in 2010. Arkansas is off peaks from that time as well.

“I think Arkansas got a late start in this effort even though our numbers have been climbing for a period of years,” Lane said. “Our efforts to thwart overprescribing and the opioid epidemic hasn't really been until the last four or five years.”

The hope is the numbers will come down as those efforts take hold.

“What we need to do is realize as a community, as a state, as a country that it takes an all-in effort to make a difference here,” Lane said. “The numbers are going to keep climbing until we commit to that.”

On the suicide front, our content partners at USA Today have produced a multi-media series on that part of the crisis.