Sherwood police are asking anyone with any information to come forward after a cyclist died Monday from a hit and run crash on Highway 107 last Thursday. 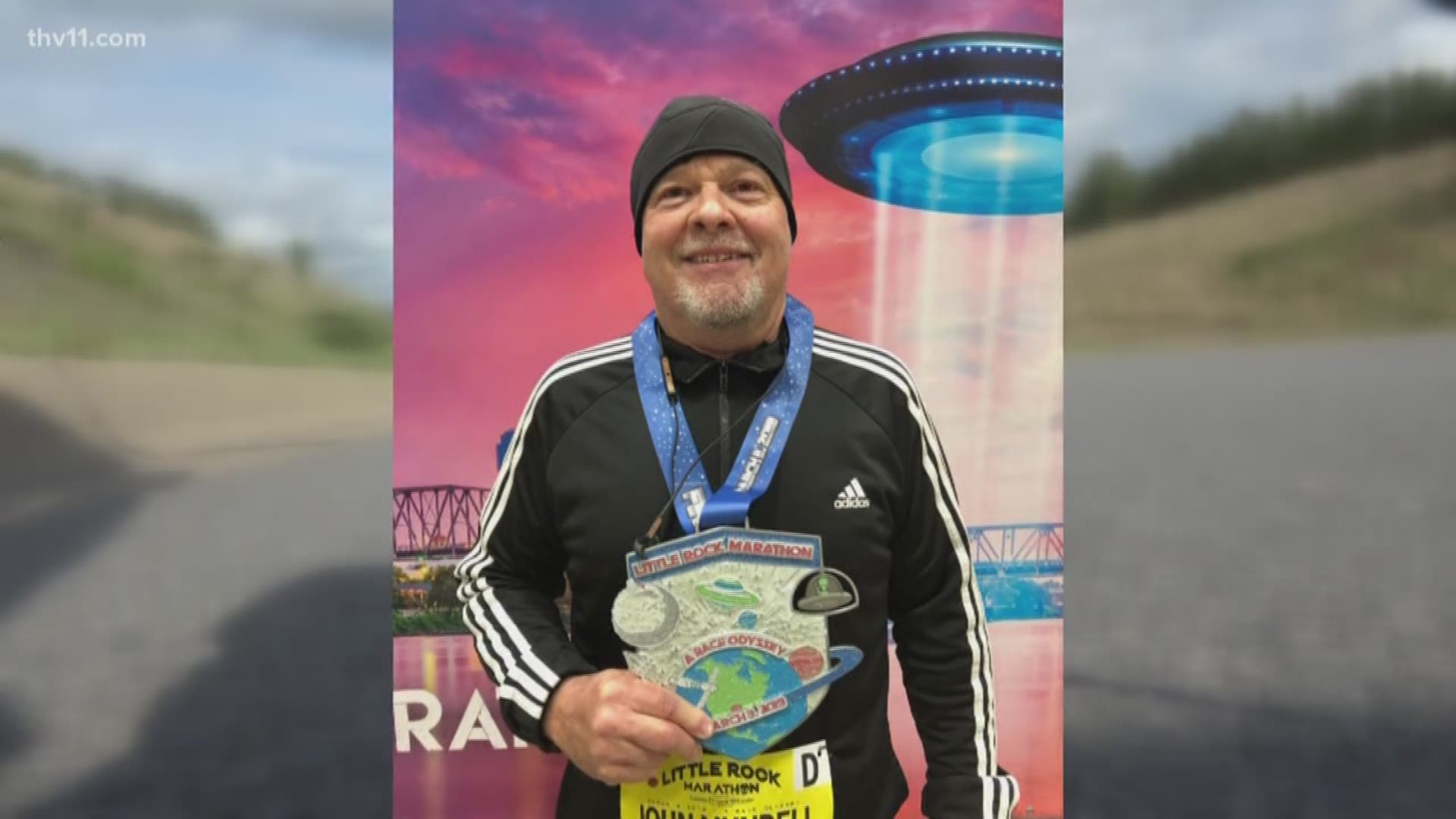 SHERWOOD, Ark. — Sherwood police are asking anyone with any information to come forward after a cyclist died Monday from a hit and run crash on Highway 107 last Thursday around 8 p.m.

Sgt. Drew Edwards with the Sherwood Police Department said 59-year-old John Mundell was riding his bicycle last Thursday when a car hit him from behind. He died from his injuries at UAMS Monday morning. Police have yet to find the driver.

"My husband died today. We were married for less than two months. We were starting to build a life,” Kimberly Mundell said.

John was an avid cyclist. He completed the Big Dam Bridge five times and the Ride Across Indiana, a 160+ mile bike ride, eight times.

He and his wife Kimberly just got married in May. John also recently moved to Sherwood.

“He knows what he’s doing on the road and so, he would try to go out a couple times a week and ride. He was new to Sherwood and was checking out new routes,” Kimberly said.

The 59-year-old was traveling southbound in the far right lane on Highway 107 near Oakdale and Millers Pointe Drive in Sherwood when the driver struck him from behind. Police said John was wearing a helmet and had flashers on both the front and back of his bike.

"He did not want to ride at all during the day unless he had lights on. He even said just recently ‘That helps people see me in the daytime,’" Kimberly said.

Sergeant Drew Edwards with Sherwood Police said the department has no leads on who hit Mundell. He also has no witnesses.

"We received a 911 call that a cyclist was struck by a vehicle that no one saw the accident happen, but we responded to the scene,” Sgt. Edwards said.

But four days later, police are asking for anyone with any information to come forward, because the Mundell family is left with too many unanswered questions.

RELATED: Woman biking over 1,000 miles across Arkansas in hopes to attract more people to the Natural State

“It'll help me get some closure and just for them to do the right thing,” Kimberly said.

Kimberly also wants to emphasize the importance of drivers becoming aware of cyclists on the roadways. She said it is what John would have wanted.

“Cyclists have the right to share the roadways with us motorists and it’s very important that everyone come aware of what the laws are and that we have to share the road with cyclists and the proper way when you’re not supposed to pass cyclists,” Kimberly said.