Through the end of March, you can get a pawprint tattoo for $25 to help the Out of the Ashes Pitbull Rescue at Empire of Ink. 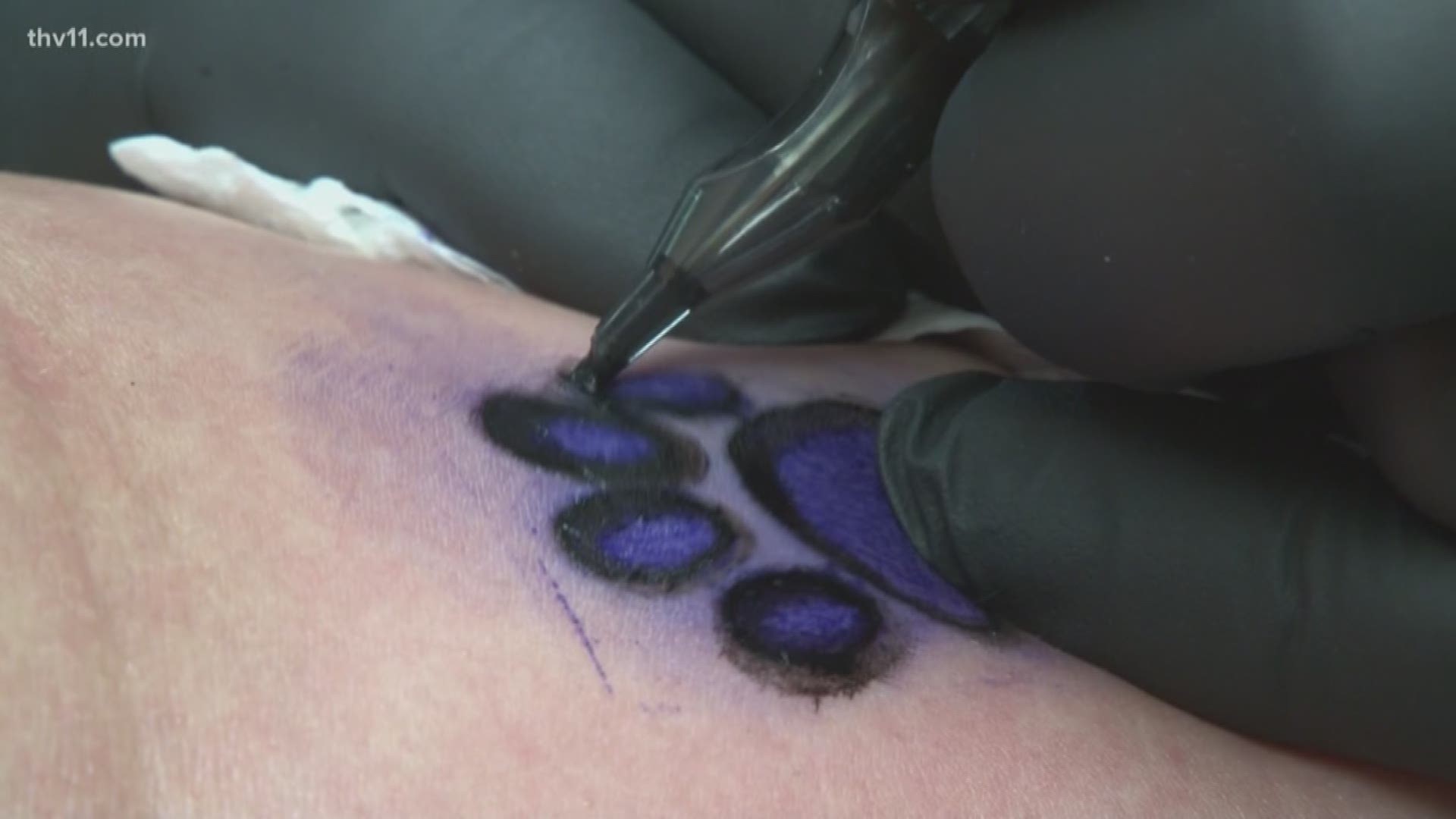 The Empire of Ink holds multiple events a year for people to come get tattoos for a good cause. Through the end of March, you can get a paw print tattoo for $25 to help the Out of the Ashes Pit bull Rescue.

"Anything I can do that would help the pit bulls in the state that need the help…I'm all over it,” Lisa Thrasher said.

Out of the Ashes helps saves pit bulls in Arkansas from death row. Tattoo artist Darion Griffith says since the event started Sunday, over 40 people have gotten the ink.

"We chose out the ashes because out of all the other organizations, it doesn't get as much help as it can,” Griffith said.

Griffith says the shop's owner has a few pit bulls himself, so the organization is close to his heart.

"I think it's important to represent pit bulls because they don't get the rep that they should. A lot of people see them as an angry type breed, when really they need help just as much as anyone else,” he said.

Lisa Thrasher said this tattoo means the most to her. She wants to see other people become more open towards the breed.

“If they're raised to fight, they're going to fight and it is how they're raised. I think that if they were raised gently and raised like my spoiled brats…it'd be totally different,” she said.

"I would say give back in any way that you can. If there's something to where you can help somebody else or help others then do so, especially if it includes getting a cool tattoo along with it,” Griffith said.

Empire of Ink also has several Pit bull tattoo options and other ways for people to donate. The event goes until Saturday, March 30.