The family of a teenager that was shot and killed by a Benton police officer in October of last year is suing the Benton Police Department as well as the city for allegedly violating his civil rights. 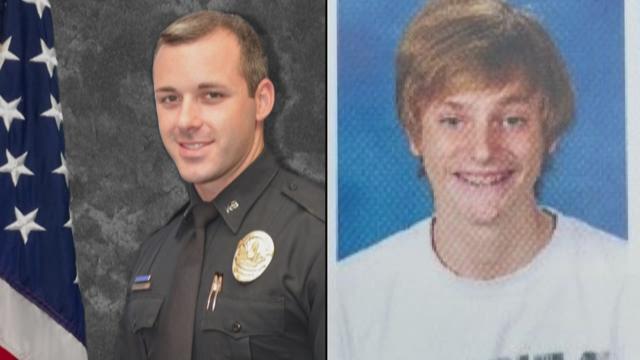 BENTON, Ark. (KTHV) - The family of a teenager that was shot and killed by a Benton police officer in October of last year is suing the Benton Police Department as well as the city for allegedly violating his civil rights.

In October, the parents of Keagan Schweikle called 911 asking for the police department to help their suicidal teen. Police reports show that Schweikle ran into the woods with a .40 caliber pistol and "refused commands" by the responding officer to put the gun down. Police claimed that the teen was shot by Officer Kyle Ellison after he pointed the weapon at an officer.

His parents say they called Benton police to help their son, not hurt him.

Now, they are suing the City of Benton, Benton Police Department, Chief Kirk Lane, and the officers involved for violating his civil rights when he was shot by police.

According to the lawsuit obtained Monday, Schweikle was suspended from Harmony Grove High School on October 17 after getting caught with prescription cough syrup.

His mother, Piper Partridge, claimed she went home to get her purse and to take her son to Arkansas Children's Hospital. That's when Schweikle took off in to the woods, with his mother's boyfriend's gun, near his mother's Benton home, saying he'd "messed everything up for everybody."

Partridge called 911 and told dispatchers her son was suicidal and possibly on prescription cough syrup and pot.

The lawsuit alleges that Schweikle had the gun at his side, but raised it towards his head. According to the lawsuit, it was only when he began to lower the gun that he was shot twice. Schweikle was pronounced dead at the scene.

We have been in touch with the family and their attorneys, who say they will be coming to Benton to “hold Benton police responsible for the shooting.”

Chief Kirk Lane said that because a lawsuit has been filed it would be "inappropriate for us to comment in respect to that."

Benton police investigated themselves in this case without the assistance of Arkansas State Police. Ellison was investigated by a local prosecutor and cleared of any potential charges.

We have requested a copy of that investigative file and will bring you those details, as soon as they are available.