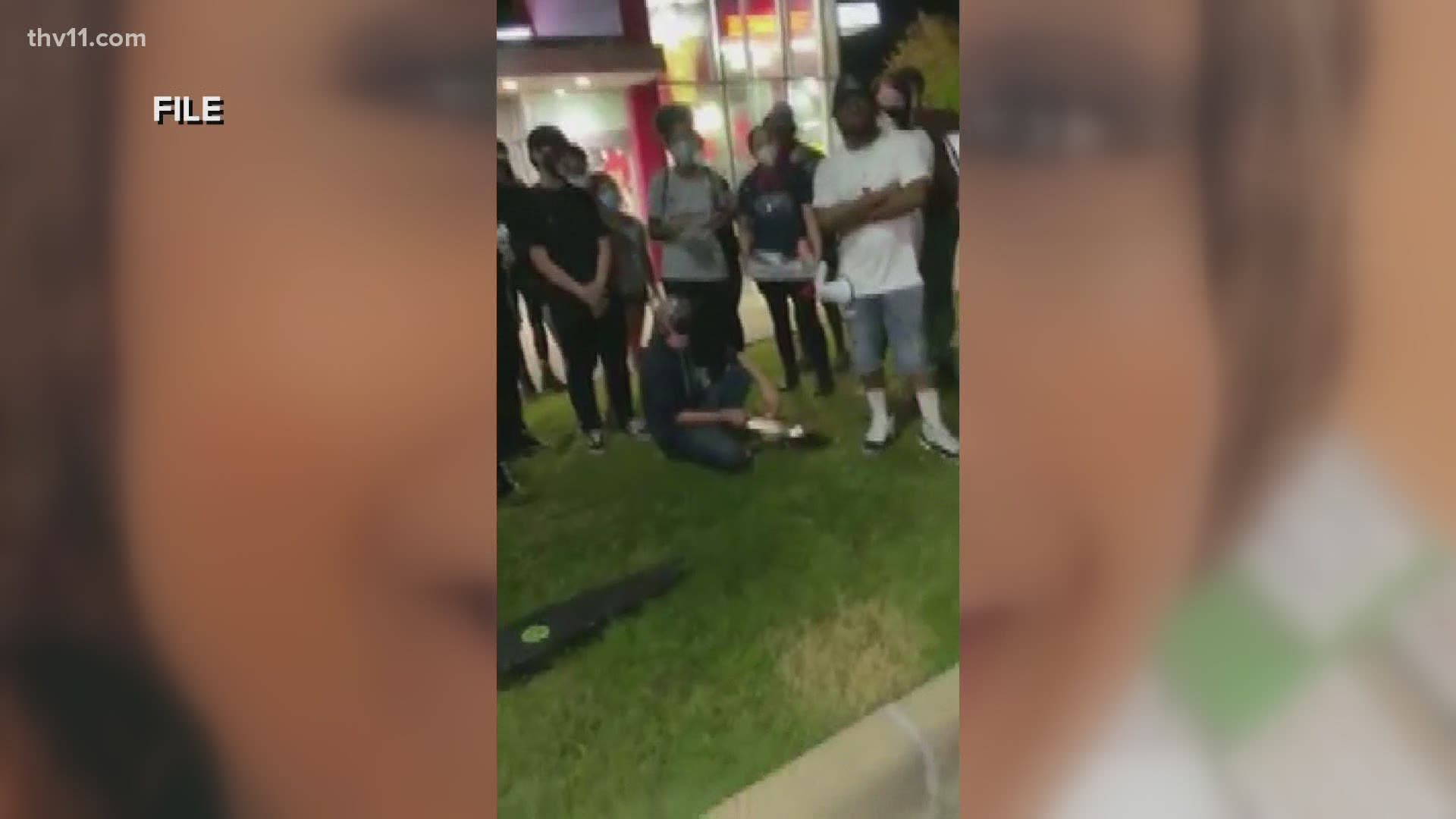 The protests come after former Andy's employee Amira Moseley left her job when she said a white employee made racially motivated remarks.

"Someone said that my hair obviously isn't real. How do you prepare yourself to respond to those kind of comments?” Amira Moseley said.

Conway police said in a statement that the protests have been peaceful for several days, with Andy's at first allowing protesters on the property to protest.

On Friday is when the business requested protesters "no longer be allowed on their property."

Sunday, however, Conway police arrested a Mabelvale woman and a Little Rock man after "repeatedly disregarding" the request to protest off Andy's Frozen Custard property.

A third juvenile was "detained briefly at the scene and released."

"The Conway Police Department supports people’s right to peacefully protest. A balance has to be maintained between these rights and those of private property owners and other citizens. We are continuing to monitor ongoing protests," CPD said in the statement.